Carousel doesn't backup your images, but it will let you view and mess with them using a Mac, iPhone, or iPad 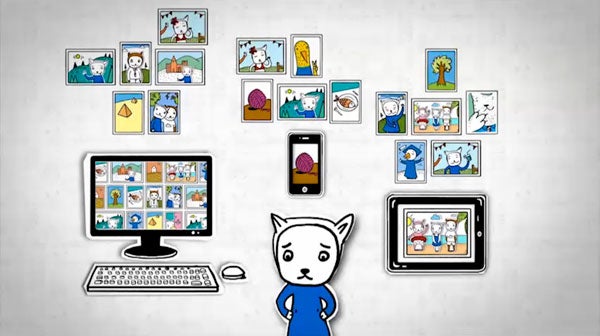 By now, lots of your images probably live online, but the full-on transition to life in the cloud still seems kind of far off. But, Adobe’s new app suite, Carousel, is designed to give you access to every image in your library from an iPad, iPhone, or mac computer.

The model should sound familiar if you’ve been using any of the cloud music services like Google Music (which is still in beta) or Amazon’s Cloud Player. You drag your files into an app on your PC and they get conglomerated into one place. Then, you use a dedicated app on your smartphone or tablet to get at them from afar.

Carousel does offer more than simple remote viewing, though. The viewer is based on Lightroom and uses Adobe Camera Raw technology, so you can actually make adjustments. It looks like a sizable step up from the Photoshop Express app currently available for iPhone.

What should be clear is that Adobe isn’t giving you a cloud backup of your full-sized images. While you can edit on the fly and the changes are applied to your original images once they’re synced, you won’t be able to recover all of your full-res files from Carousel. It’s a lot like the preview system in Lightroom, which lets you edit without actually abusing your original files.

The service will cost $10 a month or $99 a year, but if you sign up early, you can get it for $6 or $60 a year. The apps launch later this month for Mac users and apparently a windows/android version is in the works, but there’s no official time line right now.

It will be interesting to see what kind of adoption rate this gets in the early going. It’s restricted to a relatively small group of people who use only Apple products. Down the line, if Adobe could tie it to some kind of cloud backup storage, this could be really fantastic.

What do you think? Will you be shelling out for it? One thing is for sure, and it’s that Adobe thinks this iPad thing might be here to stay.