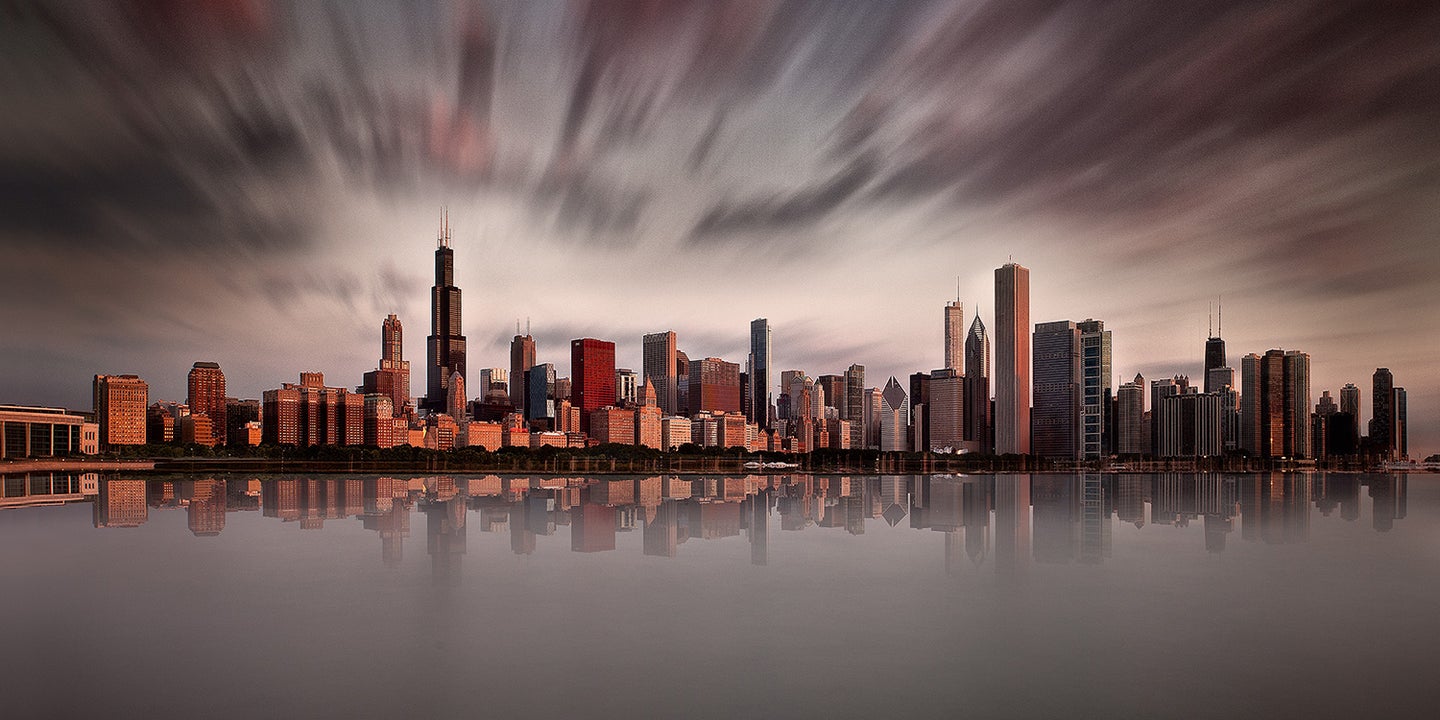 Long exposure photography can distort time and transform an everyday scene into something otherworldly. For Vancouver based photographer Sharon Tenenbaum, this mystical quality is a big part of what makes the technique appealing. While normal exposures typically take just a fraction of a second, long exposures leave the camera’s shutter open for extended periods of time. The resulting photos capture objects that remain still while moving subjects turn into dreamy blur, or disappear completely.

“Long exposures change the way we that we see reality,” she says. “It eliminates the unnecessary details and creates more of an emphasis on art.”

Tenenbaum began photographing seriously in 2006 after she found herself unsatisfied with her career as a civil engineer and wanting to switch gears with her life. She brought her camera—which she had received as a gift—on a trip and quickly fell in love with the medium. She discovered a passion for photographing architectural structures and landscapes with a fine art bend. She quickly started winning awards for her work and even had an image published by National Geographic. She began experimenting with long exposures very early in her photography career.

Although Tenenbaum shoots a mixture of natural landscapes and architectural structures, and her approach to the two is quite different, her love of long exposures tend to pop up in all of her work and is something she covers in the site-specific photo workshops she runs throughout the year.

We spoke with Tenenbaum to learn more about the tips and tricks for getting started with this photographic form.

Tenenbaum says that it’s smart to choose the gear that you are most comfortable with—and this applies to camera bodies, lenses, and tripods.

“A lot of times people get heavy cameras and then they think twice if they should even take it out or not. They are thinking of lugging it around,” she says. “ Get gear that isn’t going to bog you down.”

Although a tripod is obviously important for long exposure shots, where the shutter is open for a long amount of time, getting the heaviest, largest one isn’t going to do you much good. She recommends a mid-level tripod for photographers just starting out.

“There is no need for something that weighs as much as you do—if the conditions are that windy you aren’t going to want to be out shooting anyway” she says. “But a travel tripod can be a bit too flimsy.”

Shooting with neutral density filters reduces the amount of light hitting your camera’s sensor. Adding an ND filter allows you to extend your exposure times on bright days without blowing out highlights in an image. But ND filters also allow you to “cheat” long exposure shots. In this shot of the Lions Gate Bridge in Vancouver Tenenbaum was shooting in the middle of an overcast day at f/22 with a three-stop ND filter. The two-second exposure time helped create the streaks caused by car headlights.

“There are cheat sheets that you can keep in your filter bag, but there are also apps now that will do the calculations for you,” she says, in regards to getting the right exposure.

Although Tenenbaum says she prefers the old school paper cheat sheet, she notes that LExp – Long Exposure Calcs is a good digital choice.

There are also several kinds of ND filters depending on how much light you want to block. Darker filters will result in longer exposures. Variable neutral density filters allow you to tweak just how much light you block by rotating like a circular polarizing filter. They’re convenient, but often hundreds of dollars to get something of good quality.

Although using an ND filter gives you the option of shooting in the middle of the day, Tenenbaum still prefers an early morning shoot or right at sunset to catch the golden hour—especially if you want to capture the colors in a scene.

In terms of seasons Tenenbaum notes that Vancouver’s climate is ideal for long exposure photography. The city is located in the middle of a rainforest, which makes for lots of clouds and high elevation winds.

“The clouds are moving fast, but at higher altitudes,” she explains. “The tripod can stay sturdy on the ground not be affected by the winds.”

“I find that the transition seasons are the best, the fall and the spring,” she says. “In the winter it can be too rainy or snowy and in the summer it can be just cloudless”

In many of her frames Tenenbaum says she likes to juxtapose the temporary and the permanent. “Structures will weather the test of time, they will be here for hundreds of years,” she says. “Where as clouds are coming and going.”

She says bridges are one of her favorite structures to photograph for this very reason.

“Bridges convey safe passage from one place to another,” she says. “What I love about the bridges and long exposure is it shows a bridge is so resilient.”

Choosing between color or black and white

It’s often the hardest choice for a photographer, and one that Tenenbaum says she still struggles with from time to time. She admits that there are occasional frames that she will edit both ways. One thing she tries to remember when she can’t seem to decide?

“Black and white celebrates form and color conveys emotion,” she says. “You need to keep those things in mind in if you don’t want to be a one in a million Instagram type photographer. What do you want your image to convey? What is your image about?”

See more of Tenenbaum’s work and check out her upcoming workshops on her website.