The documentary film ‘Leaving Home, Coming Home’ is currently on view at Film Forum in Manhattan. 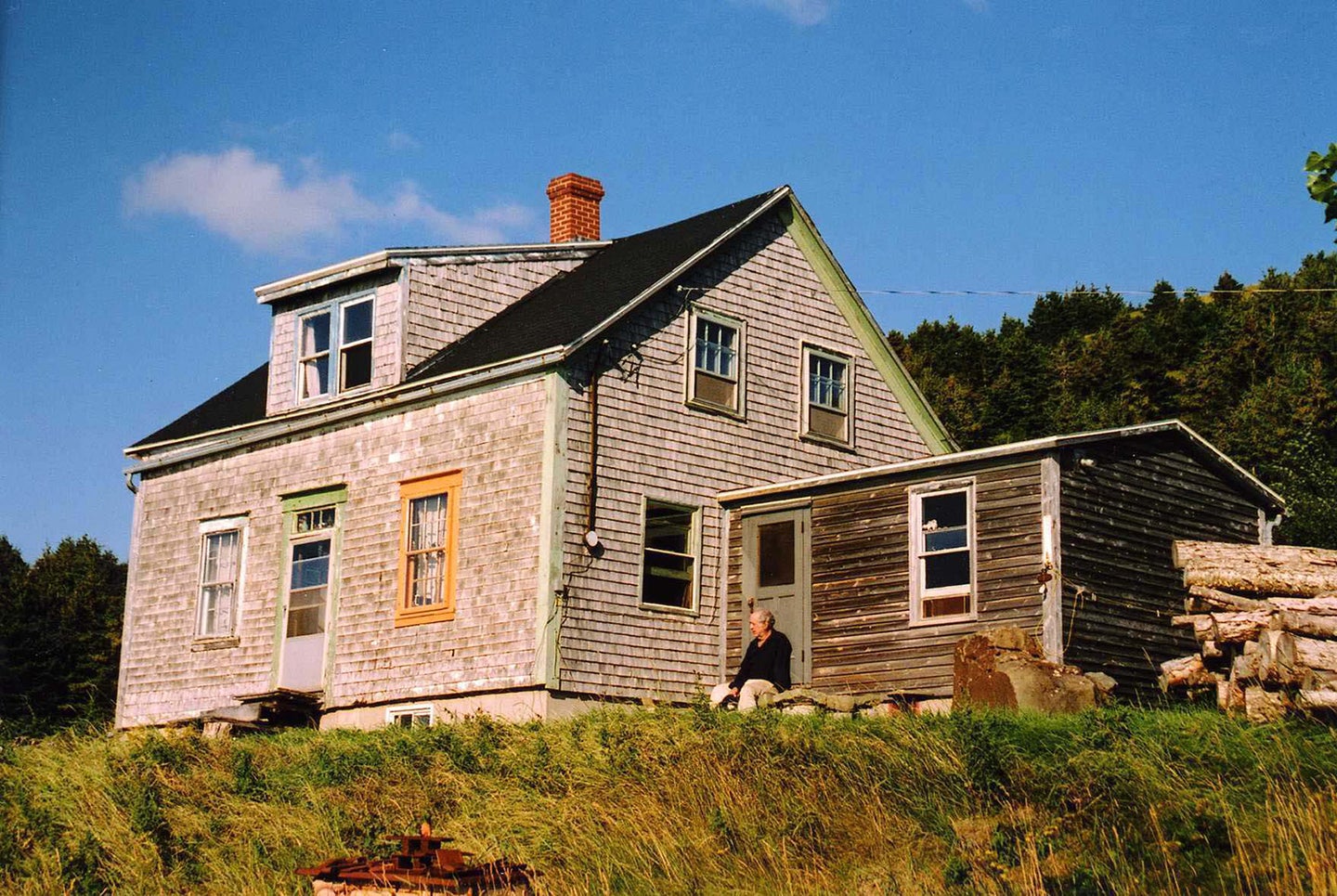 Last week Gerald Fox’s documentary film Leaving Home, Coming Home made its stateside debut at the Film Forum in New York City. The film was captured back in 2004, nearly a decade before 2015’s Don’t Blink, and provides a different and more personal perspective on the photographer behind The Americans.

Originally conceived as a one-hour television program to coincide with Robert Frank’s retrospective at The Tate Modern, Fox shot the documentary on a variety of film stocks over a few days in New York City, followed by a few days in Nova Scotia. As he was filming he says he felt that there was room to do an expanded piece on the photographer.

“If I was able to use his archives to show his memories and reflections, as long as I captured when I needed in the now, I would have enough material to make a rather amazing peeling back of his entire life,” he says.

The film was completed shortly after, and although it showed at a handful of film festivals, until now, it has never seen a wider release. Prior to its debut at Film Forum we spoke with Fox about the film and what’s changed since he made it nearly a decade ago.

Why did it take so long for this film to see a wider release?

The film was commissioned as a program for television to coincide with Robert Frank’s retrospective. That is what he agreed to make and in the process of filming it he really, as you see in the film, unburdened himself, probably for the first time ever, about some of the tragedies that had happened in his life. He decided after the television broadcast, that he didn’t want the longer film to be seen. That was Robert’s decision and I couldn’t really do anything about it because his work is in the film, and he has the copyright over the work. I had to accept his decision on that. It was hard for me, but I understood and abided by it.

I really don’t know what the reasons were, this is all speculation on my party. At the time it was very definitive that I could only show at film festivals. Robert had been through a similar experience himself with Cocksucker Blues. Maybe he thought that it would make the film more legendary. That is certainly what happens with Cocksucker Blues. By not being able to be shown, it added to its mystique. Maybe he was thinking this would happen.

I plucked up the courage about two years ago to go around to his house, knocked on the door and said Robert, ‘Shouldn’t it be time for this film to have a wider opportunity to be seen?’ He said, ‘yeah okay’. It is great that he has allowed me to release it, for that I am very grateful to him. It’s a wonderful portrait of him as an artist and photographer, at a certain point in his life. When they did Don’t Blink, he was quite a bit older.

You captured Frank in New York City at a very interesting time, the very beginning of gentrification, are there other things that have changed since you filmed it?

That certainly has become more relevant. This yuppy-fication of New York, it was only really just starting. He felt the city was changing, and for a photographer like him, not necessarily for the better. His part of New York, that was changing. He says, “I don’t want to live amongst them” [the yuppies], but he is still there, in that same part of New York. So he certainly likes a certain aspect of it.

The other thing that has changed since I made the film, is the legendary status of The Americans. In 2004 it was considered to be a great work of art, but when it first came out it was trashed, he could hardly get it published, it got terrible reviews. It certainly was not considered one of the great seminal works of post-war photography, if not the seminal work. What has happened in the interim, even since my film was made, is The Americans has achieved legendary status. That show of The Americans, which went from The National Gallery of Art to The Met in New York and on to San Francisco, locked that set of photographs in as a very seminal and powerful portrait of America, in a way that it wasn’t when I made the film. His status, his legendary status, because of The Americans, has grown greatly since I made the film. Those are probably the two big changes.

How was he to work with?

You sort of are slightly treading on eggshells—you see it in the film. He had a certain temperament. He had said to me on the phone, “I want to work with the creativity of the director, I’m not intellectual, I’m willing to do what you want to do, I’ll be very honest, but it must be your film and your creativity.” That gave me the idea to play around with the film stocks like he does.

I ordered the black and white film and they sent film stock that was for a bright sunny day, and on the day we were set to film in Coney Island it was dark and rainy. I said to him, Robert we’ve got a problem. It was a Sunday, so we couldn’t get more, he tried calling up a couple of friends of his who had a couple of rolls from 1968, then he started to get impatient and frustrated, he disappeared into his room, and then his wife, June Leaf, went to talk to him. At some point there was this explosion—some of which we caught on camera and I used in the film. Once he got out on the streets wandering around he relaxed.

I think he was charming, but he kept you on edge. We had to work hard and fast and it put him under quite a bit of strain, he didn’t feel well afterward. I remember June feeling that I had overdone it. Then when we went off to Mabou in Nova Scotia, and it was a different side of him, he was more relaxed there. He is a complex man with a lot of sides to him.

Can you tell me more about capturing the dynamic between Frank and his wife June Leaf?

I think that relationship between the two of them was one of the nicest things in the film, in a very short time I was able to capture a very real sense of charm and what they got out of each other. You have two artists, living, working and inspiring one another. She also was very good in bringing that idea of Robert Frank back to us. He says in the film you work everyday all day and I sit around looking out the window, being Robert Frank. She slightly debunks all of that.

You only had a few days to film the piece, how do you think that affected the final product?

The style of it allowed me to do a huge amount in a short time. I’ve come to the conclusion that it doesn’t really matter how long it takes, it’s what you capture in that time. I could have followed Robert Frank around for a year and not gotten that wonderful moment where he and his wife scream. Or the moment when he loses his temper with me. Sometimes the pressure of it all being done quite quickly adds to that. We were also shooting on film, so that adds another layer of intensity. When there is a roll of film running through a camera everybody is just that more focused. Nowadays, people can shoot for hours and hours and so the whole temperature goes down. The energy isn’t the same. Shooting it on film made a difference. We didn’t have a big budget and we had to do it all quickly really.

Leaving Home, Coming Home is on view at Film Forum in New York City through June 11.