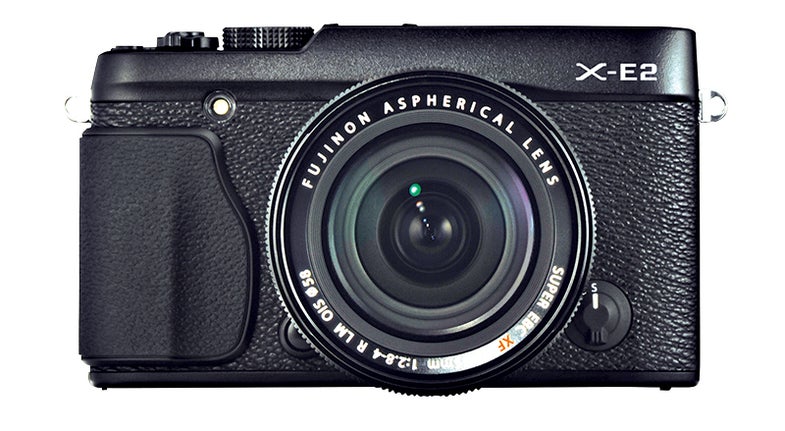 The X-E2 can capture high-definition video, but access to the movie mode is hidden away in the Drive Mode menu.
SHARE

The biggest update in this offering is a tweak that shortens the lag time on the built-in electronic viewfinder to a claimed .005 seconds, which is less than 1/10th of what it currently does. That puts it on-par (at least in terms of viewfinder performance) with the newest X-T1. The framerate of the EVF has also been cranked up, giving it a smoother appearance, even in dark scenes.

The rest of the enhancements aren’t quite as major. You can now select the color of the border highlights that appear when you’re using focus peaking. This can come in handy in certain scenes where another color might blend in, which would defeat the purpose of focus peaking all together.

They have also added a few new options for the customizable Fn button and a “suppressed flash” mode as well. You can get the full Fujifilm details here.

So, it’s not the hugest update in the world, but it does keep the X-E2 current with the rest of the Fujifilm lineup, which is never a bad thing. it’s something Fujifilm has been making a habit of lately, too. A while back they added some X100s functionality to the X100, which users really appreciated.

Have any of you X-E2 users downloaded it yet? Is the speed boost as noticeable as we’re expecting it to be?