This is how the photographer processed his work. 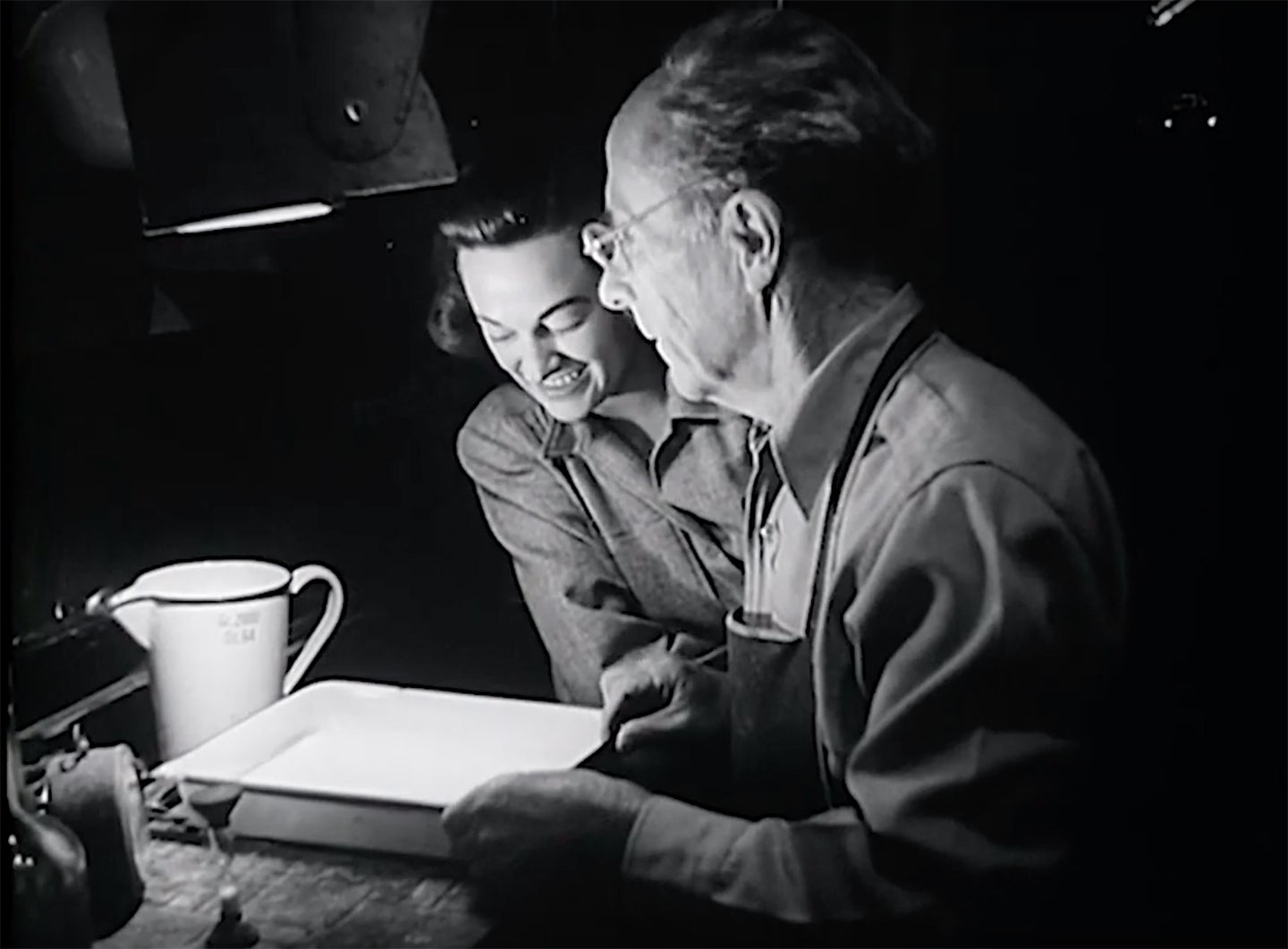 Edward Weston at work in the darkroom in 1948. Advancing Your Photography
SHARE

Edward Weston is one of the photographic masters of the 20th century and some recently unearthed newsreel footage gives us a glimpse into his technique in the darkroom.

The footage debuted last week on Marc Silber’s Advancing Your Photography YouTube channel and shows Weston working in his darkroom and discusses some of the photographer’s who influenced his work. Although photography these days seems to be all about face filters, endless scrolling and likes, it’s fun to reflect on the way that people once thought about the medium.

“Unprinted negatives have the attraction and drama of buried treasure,” a news announcer states before we watch Weston enter the darkroom. From there we see Weston prep a plate and begin the printing process.

The procedure is strikingly simple compared to similar old footage from other masters like Ansel Adams, who was a renowned technician when printing. Weston makes a simple contact print, which involves placing the negative over some photographic paper, then flattening them together with a piece of glass. This process, called contact printing because the negative is literally touching the paper, doesn’t require a complicated enlarger, but rather a simple lightbulb.

As he exposes the print, he waves an opaque wand over parts of the image in a process called dodging. It’s a technique that allows him to reduce exposure in a specific area of the photo (in this case, the dark tree) and prevent shadow detail from getting lost in black tones.

The resulting images are beautiful and crisp, but the print is the same size as the source material, so it requires a very large negative.

The footage was shot back in 1948, and there are definitely some cringeworthy quirks that reflect its time—especially when it comes to the female assistant/student whose main job seems to be smiling and batting her eyelashes at Weston as he prints. If you can get past it there are actually some interesting insights into the way that photographers like Weston thought about the printing process. Check out the footage in the video above.