This beer can develop your Kodak film

SuperEIGHT beer's low pH is what makes it possible. 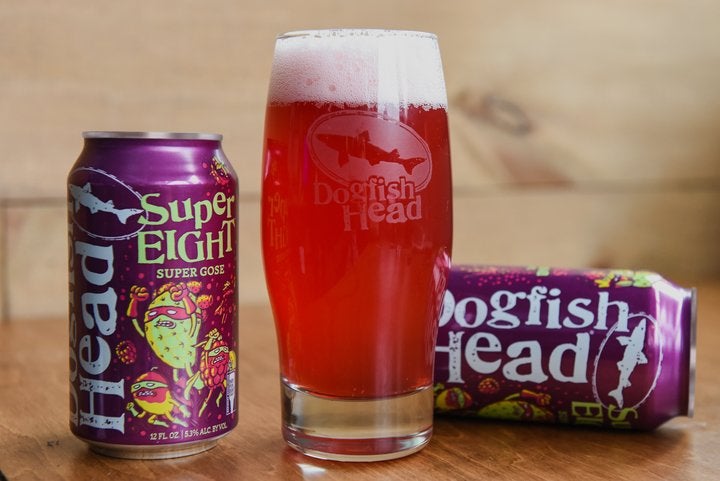 SuperEIGHT is a new beer from Dogfish Head that was formulated to develop black and white film. Dogfish Head Brewery
SHARE

Developing film with beer isn’t a totally new concept, but up until now, there hasn’t been a brew specifically crafted to develop pictures. Now, however, Dogfish Head Brewery has created a new beer called SuperEIGHT that can be used to develop black and white Kodak film.

Last year while taping an episode of the Kodak podcast, Dogfish’s founder Sam Calagione learned that if a beer has a low enough pH it can be used to develop black-and-white film. Making a beer that could do that was obviously the next step.

SuperEIGHT is a sessionable super gose, an old style of German beer with a salty finish, that has a 5.3% ABV that is brewed using prickly pear, mango, boysenberry, blackberry, raspberry, elderberry, kiwi, toasted quinoa, and red Hawaiian sea salt. The beer has a vibrant red color, a berry and watermelon flavor and a tart and refreshing flavor. Dogfish Head sent early batches of the brew over to Kodak for testing and the results when developing film look awesome. Check them out in the video above.

RELATED: Someone Figured Out a Process For Developing Kodachrome Film In Color

The beer will be available in early April, but Kodak has already put together instructions to develop your film using the beer, which you can check out below. We’ll cheers to that. Just make sure you grab a cold one that hasn’t been agitated for 15 minutes. Oh, and if you’re not a big beer drinker, coffee will work for developing film, too.