The video contains a 21,375 images captured from the ISS. 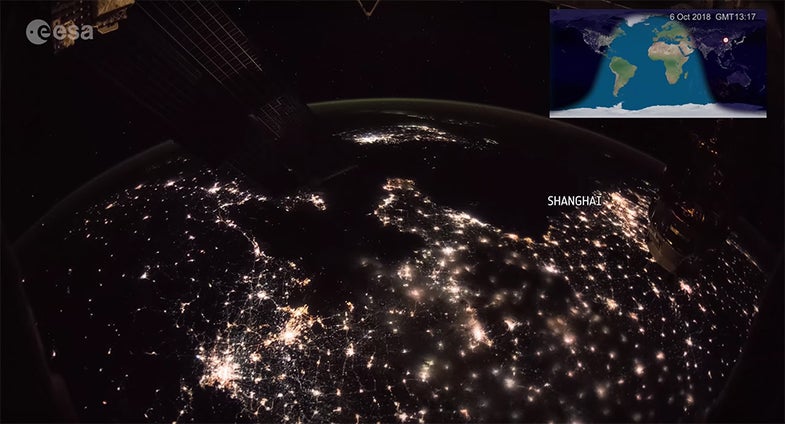 This month marked 20 years of international collaboration in space and to celebrate the European Space Agency released a nearly 15-minute time-lapse shot by astronaut Alexander Gerst. It’s the longest continuous timelapse from space that has been released.

The video is made up of 21,375 individual shots taken from the Cupola observatory on October 6. Although it only takes 90 minutes for Cupola to circuit the earth, the video has been sped up to 12.5 times faster than the actual velocity of the observatory.

Related: Check out the first 8k video footage from the International Space Station

The time-lapse begins in Tunisia and passes across Beijing and Australia during the two trips it takes across planet Earth. In the top right corner, you can reference a two-dimensional map to give you an idea of where the space station is located during its journey. In the course of the video, you will see the planet pass from day to night two times. As the station travels over swaths of ocean, the screen is often black, as it travels above densely populated areas the frames light up with twinkling lights from the cities below. The flashes that appear around the two-minute mark are from lightning storms.

The video really puts into perspective the specific areas where the population is concentrated. It’s a fascinating view of our planet.