Forget what you know about disposable cameras. 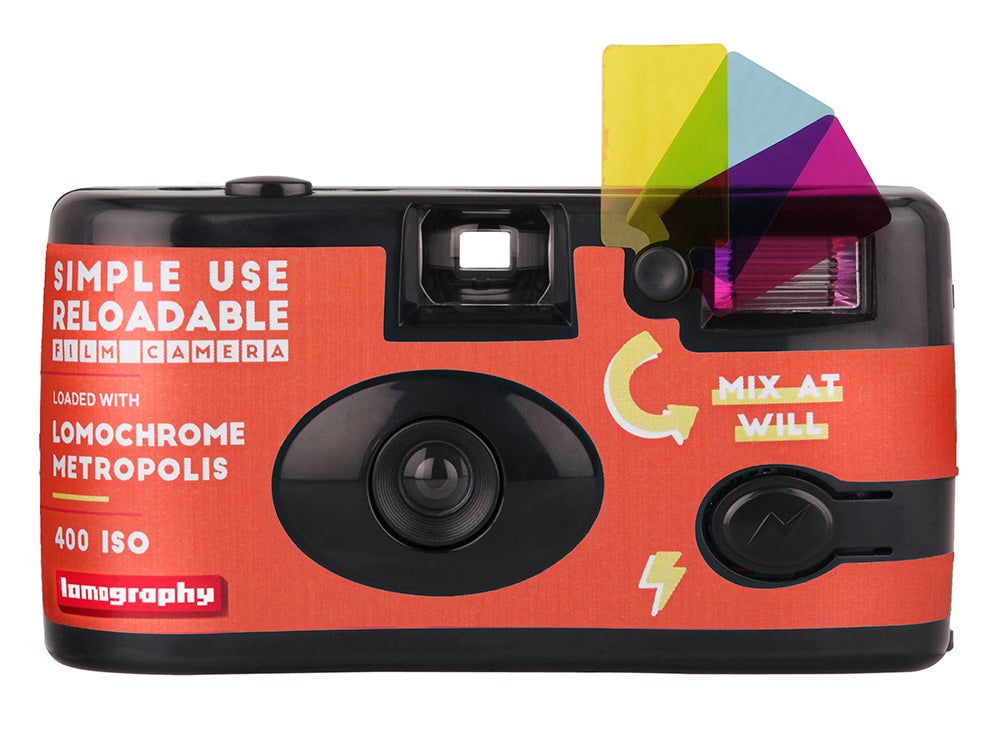 The simple use reloadable camera has a 31mm fixed lens, a shutter speed of 1/120 second, a fixed aperture of f/9 and a built-in flash. Lomography
SHARE

There is a charming lo-fi quality that comes with shooting with a disposable camera—the major drawback of course is that you’re limited to the single roll of film that comes pre-loaded inside. Reloadable cameras that mimic the plastic disposable party cameras have been on the market for a while now, but this one comes pre-loaded with a roll of Lomography’s funky LomoChrome Metropolis film.

The simple use reloadable camera has a 31mm fixed lens, a shutter speed of 1/120 second, a fixed aperture of f/9 and a built-in flash. The camera also features three colored gels that can slide over the flash for adding a pop of color to the frame. The film has a sensitivity range from 100-400 ISO and can be developed with standard C41 color processing. Once you’ve shot through the pre-loaded roll, you simply pop open the back of the camera and load in a new one. We don’t expect this little camera to have the kind of longevity that a traditional film point-and-shoot might have, but being able to run a few additional rolls through it is certainly appealing. Check out Lomography’s guide for swapping out film rolls here.

The LomoChrome Metropolis simple use camera is available now for $23.