Astronauts aboard the International Space Station captured these spectacular views of the Raikoke volcano over the weekend. 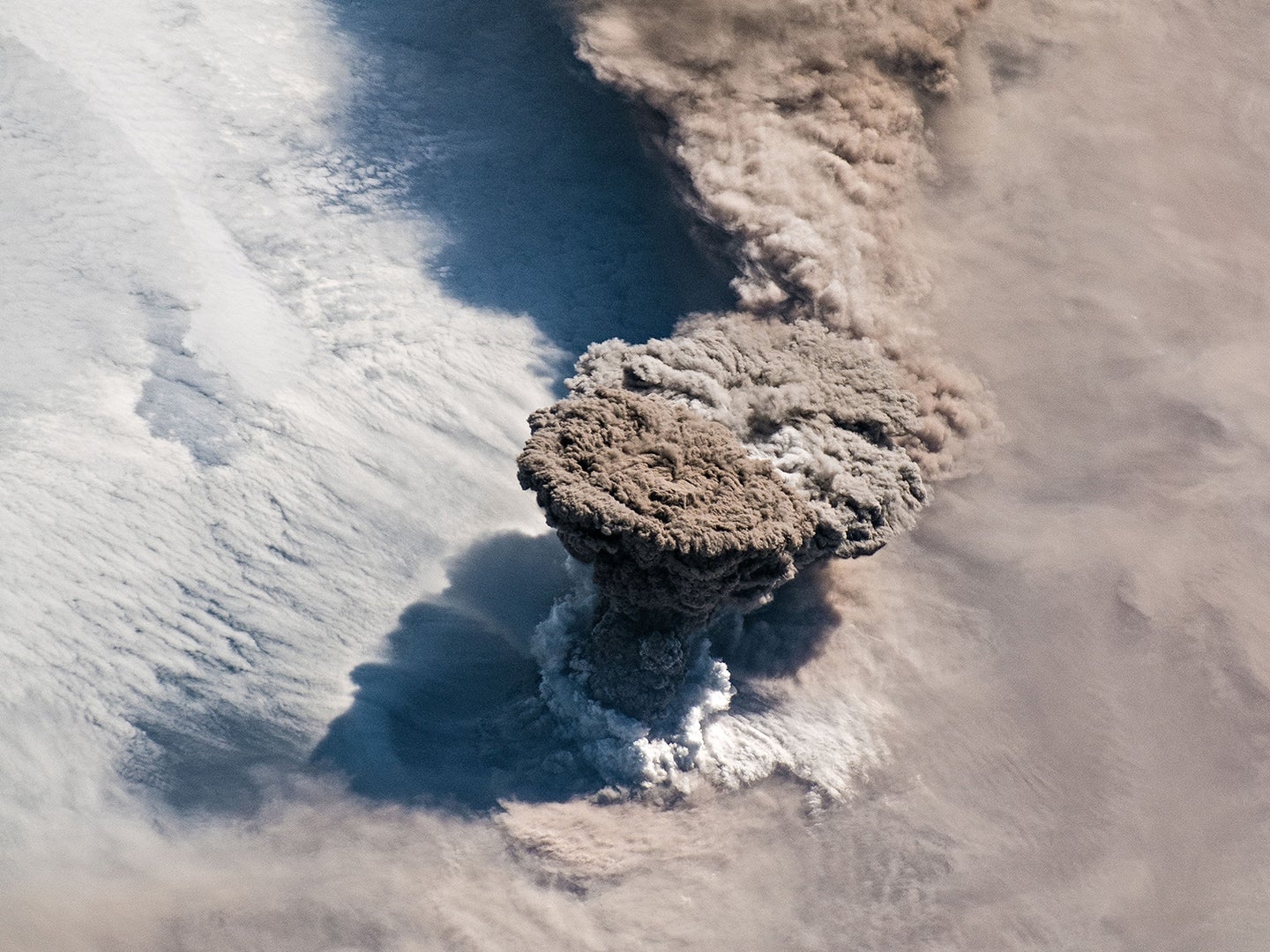 Astronauts aboard the International Space Station captured a rare phenomenon over the weekend when they witnessed the Raikoke volcano erupting off of Russia’s Kamchatka Peninsula. It’s located on an uninhabited island and last erupted in 1924 and 1778.

The volcano’s dormant period ended at 4 a.m. on June 22. Astronauts aboard the ISS captured this frame as a volcanic plume rose in a narrow column before spreading into an umbrella shape. The white clouds that surround the volcanic plume are either caused by condensed water vapor or from the volcano’s magma interacting with the saltwater that surrounds the small island.

RELATED: Check out the first 8k video footage from the International Space Station

Plumes that can reach the stratosphere, like this one, are particularly interesting to volcanologists because they have the greatest effects on aviation and climate. The ash from a volcanic eruption contains rock fragments and volcanic glass, and the ash from Raikoke reached an altitude of approximately 8 miles. This volcanic ash can be a serious hazard for any aircraft flying through the region.