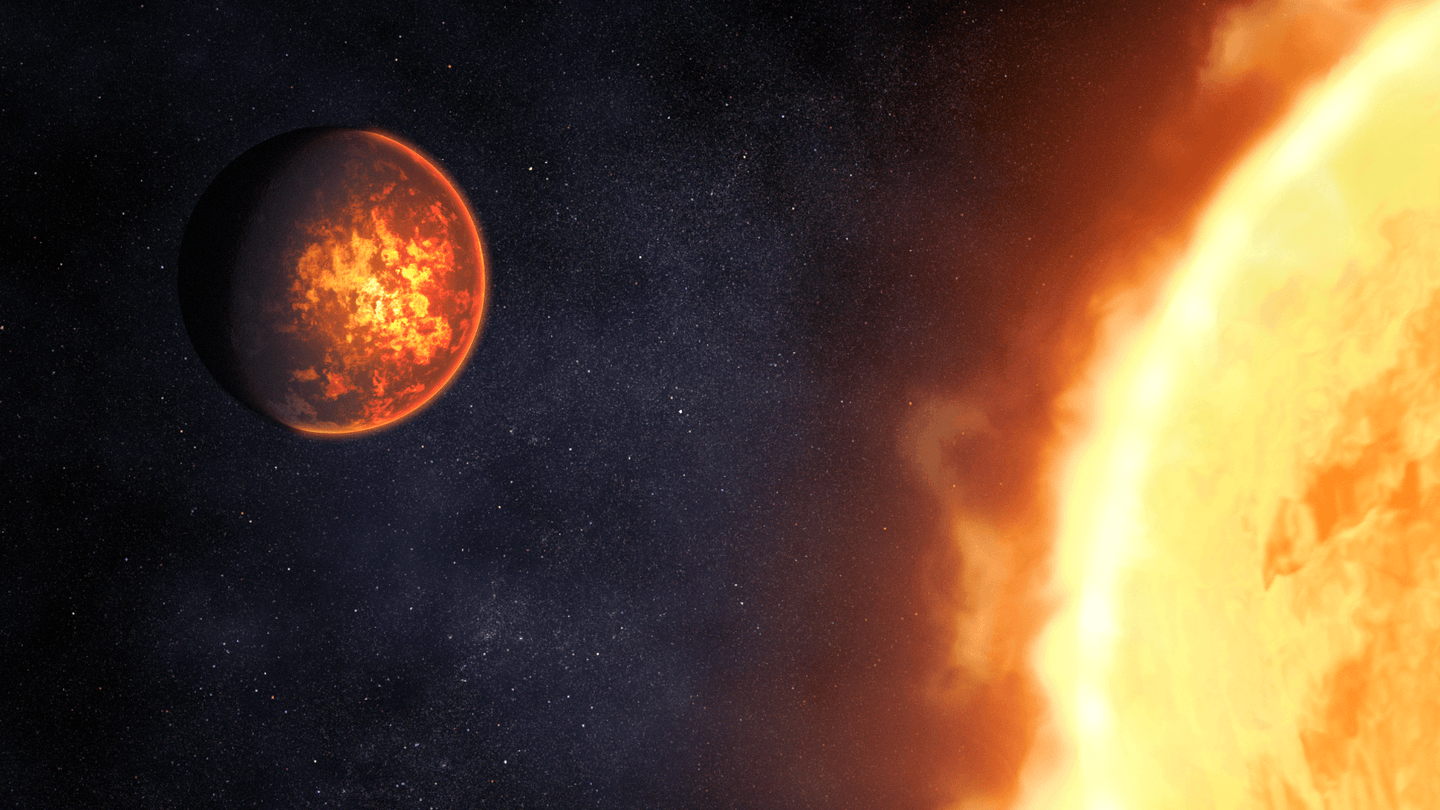 According to NASA, the image is a rendering of what 55 Cancri e might look like based on current information. "55 Cancri e is a rocky planet with a diameter almost twice that of Earth orbiting just 0.015 astronomical units from its Sun-like star. Because of its tight orbit, the planet is extremely hot, with dayside temperatures reaching 4,400 degrees Fahrenheit (about 2,400 degrees Celsius)". NASA, ESA, CSA, Dani Player (STScI)
SHARE

After much breath-holding and anticipation, the James Webb Space Telescope (JWST) is just weeks away from being completely operational. The mirror segments are successfully aligned and the last step is to calibrate its scientific instruments. When ready, the JWST will spend part of its first year gazing out at two exoplanets.

The hot exoplanets have been classified as “super-Earths” based on their sizes and rocky compositions. Why do we say hot? The average temperature on Earth is 60 degrees Fahrenheit. Meanwhile, these two orbs, known as LHS 3844 b (“Hot Rocky”) and 55 Cancri e (“Super-Hot Rocky”) have average temperatures of 1,000 degrees and 3,100 degrees, respectively. Scientists plan to use JWST’s high-precision spectrographs (instruments that separate light by wavelength or frequency) to study the planets, with the goal of gaining a better understanding of geologic diversity and evolution of rocky planets, Earth included.

55 Cancri e, the hotter exoplanet of the two, orbits its sun-like star at a distance of less than 1.5 million miles, which is roughly 1/25th the stretch between Mercury and the Sun. Thus, a day on 55 Cancri e is 18 hours, and the proximity and orbit mean surface temperatures are well above the melting point of rock-forming minerals.

Supposedly, the sun-facing surface of the exoplanet is covered in seas of lava, however, further study by JWST will reveal exactly how it orbits its star and how that affects the surface temperature. Interestingly, according to the Spitzer Space Telescope, the hottest area of the planet may not actually be directly facing 55 Cancri e’s sun, but is rather located off-center.

“Planets that orbit this close to their star are assumed to be tidally locked, with one side facing the star at all times,” NASA explains. “As a result, the hottest spot on the planet should be the one that faces the star most directly, and the amount of heat coming from the day side should not change much over time.”

JWST will study the exoplanet’s atmosphere and composition, and entertains the possibility that it is not, in fact, tidally locked, which explains why the hotspot is off-kilter. Another proposition is that like Mercury, 55 Cancri e has a 3:2 resonance, meaning that it will rotate three times every two orbits, thus creating a day/night cycle that affects surface temperatures.

“That could explain why the hottest part of the planet is shifted,” explains Alexis Brandeker, a researcher from Stockholm University who leads another team studying the planet. “Just like on Earth, it would take time for the surface to heat up. The hottest time of the day would be in the afternoon, not right at noon.”

Unlike 55 Cancri e, LHS 3844 b is significantly cooler, and affords researchers the opportunity to study solid rock on an exoplanet. Though it is much closer to its “sun” (one orbit is just 11 hours) the star is fairly small and cool, and therefore LHS 3844 b does not have a molten surface. Scientists plan to use spectroscopy as the exoplanet does not have an obscuring atmosphere.

“It turns out that different types of rock have different spectra,” explains Laura Kreidberg at the Max Planck Institute for Astronomy. “You can see with your eyes that granite is lighter in color than basalt. There are similar differences in the infrared light that rocks give off.”

With a MIRI (Mid-Infrared Instrument), researchers will collect data on the planet’s day side using the thermal emission spectrum. They will then compare this data to the spectra of known rocks, like basalt and granite, to determine the composition.

Why does it matter?

These observations will be part of the Cycle 1 General Observers program, which allocates observation hours on the JWST  to various programs and investigations.

“They will give us fantastic new perspectives on Earth-like planets in general, helping us learn what the early Earth might have been like when it was hot like these planets are today,” says Kreidberg.