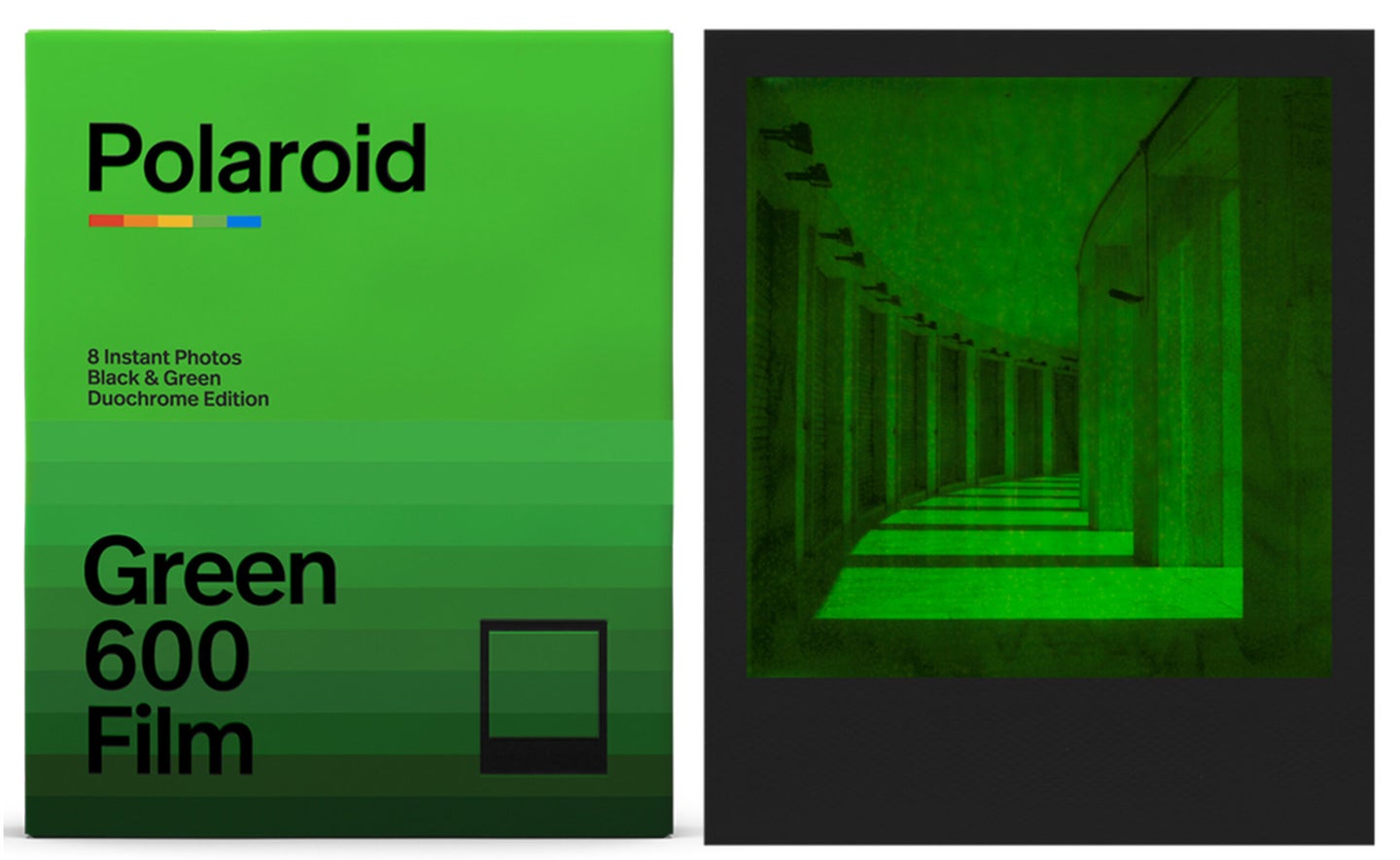 We’re always jazzed to report on a new limited edition film drop and the latest from Polaroid, Duochrome Black & Green 600, is one of the more out-there offerings we’ve seen this year. If you’re into monster movies, death metal, or anything else spooky, this new release has your name on it.

Polaroid Duochrome Green is made for vintage Polaroid 600 cameras, along with modern Polaroid/Impossible Project I-type cameras. For the folks working with vintage models, these film packs contain built-in batteries to power your camera, just like the old-school packs—I-type cameras, on the other hand, are powered by their own built-in rechargeable pack.

Polaroid says the new film was created in “direct response” to the popularity of past Duochrome 600 releases, which include both yellow and blue variants. Both are sadly sold out and we have no doubt the Green version will sell out too. So if it piques your interest, snag some quick!

The film’s ‘look’ is obviously not for everyone and Polaroid goes so far as to acknowledge that in the press materials. “The new Black & Green edition allows fans to continue experimenting with a unique clash of color, rejecting the rules of the ordinary using black & green Polaroid chemistry, the most experimental combination yet.”

Personally, I really dig the look and plan on picking up a pack or two. This could be a super fun film to try out at a high-energy concert or for some experimental portraiture. Or, if you’re looking for something to shoot come Halloween season, this could be it—especially if you missed out on CineStill’s equally-spine-chilling RedRum 120 film.

Getting the most out of Duochrome

Considering plunking down for a pack or two? Polaroid has an entire article dedicated to tips and tricks to get the most out of Duochrome. The brand does note, however, that due to the “extreme experimental nature of the product” it can’t “guarantee stable results.” As such, returns will also not be accepted. That being said, the Polaroid is selling it for a few bucks cheaper than its standard packs (and makes the return policy on the film pretty darn clear up-front).