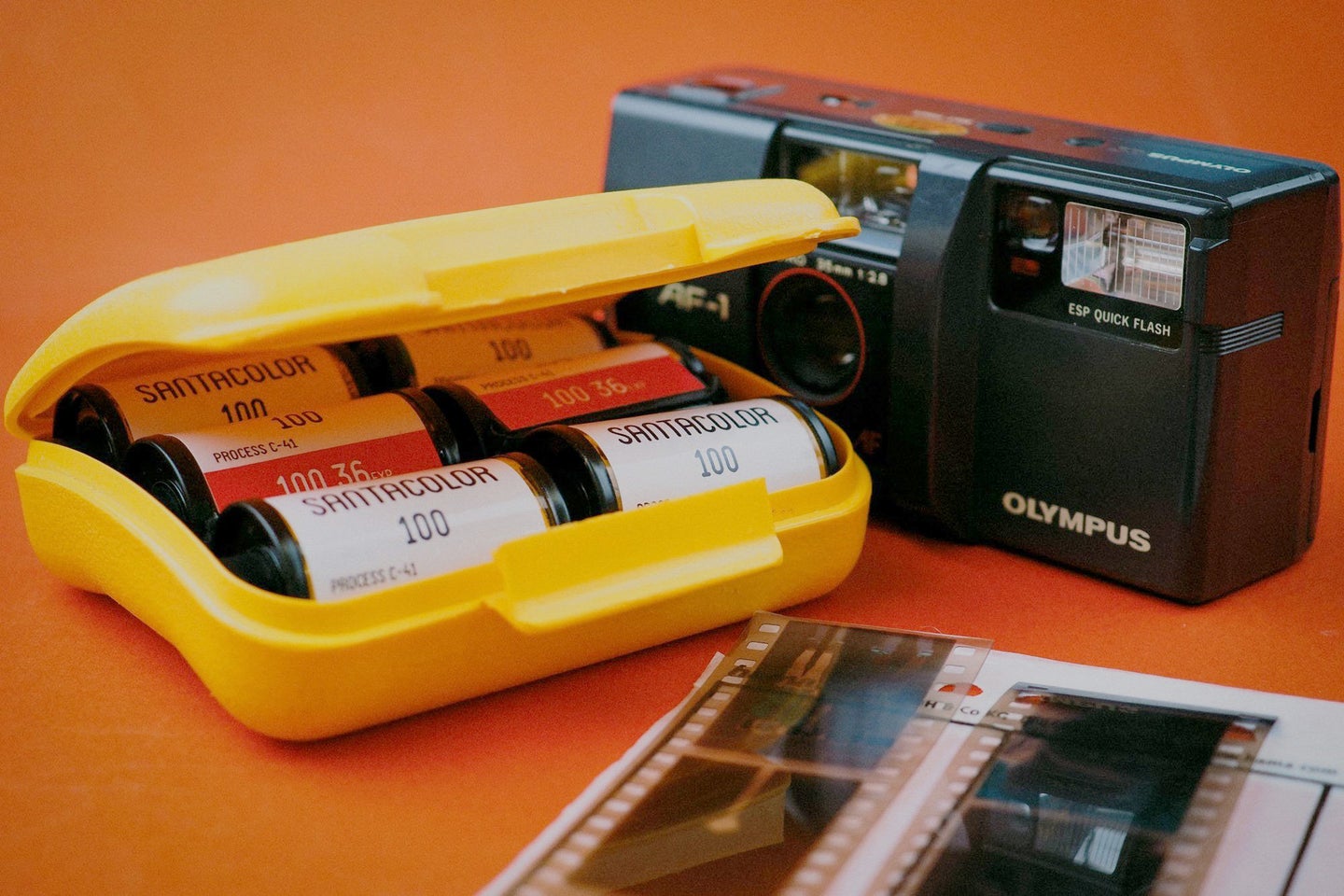 The folks behind SantaColor 100 are currently raising money to bring this new stock to life. Santa 1000
SHARE

For photographers scrambling to get their hands on what feels like an ever-dwindling supply of color film, here’s some good news: Santa 1000, the brand behind Santa Rae 1000 (a now discontinued but very funky, 35mm high-speed B&W film), is back with a crowdfunding campaign to bring another new film to the masses, this time in color. If all goes according to plan, SantaColor 100 will be shipping to eager analog lovers by year’s end.

Those interested in backing the campaign can pick up five rolls for $63.

Repurposed from AeroColor 125 aerial surveillance film stock, SantaColor 100 is a C-41, ISO 100 color negative film with a slightly orange base. The team behind SantaColor 100 promises fine grain and accurate color with a particular sensitivity to reds. Sample images show punchy, pleasing tones, even when the film is pushed up to ISO 800. The results on that end of the spectrum are a bit more contrasty, but overall not wildly intense.

If the campaign is successful, this will be the first time AeroColor 125 has been made widely available in a 35mm format. There are a handful of reasons why, one of which is because the film is too thin for spooling machine, so every roll of SantaColor 100 must be individually hand-spooled (this is time-consuming and costly). Fortunately, the folks at Santa 1000 are up for this challenge. And while they warn light leaks are possible, this isn’t their first rodeo (Santa Rae 1000 was also hand-spooled). More importantly, they’ll happily replace any light-damaged film that ships.

The Indiegogo campaign runs until July 8, as the team works to raise enough funds to purchase the minimum order, which is 15,000 rolls. Pledges range from $63 for five rolls to $4,213 for 500 rolls. Backing the project will save you about 40% off the retail price, and if the project is successfully funded, orders will begin shipping in December 2022.