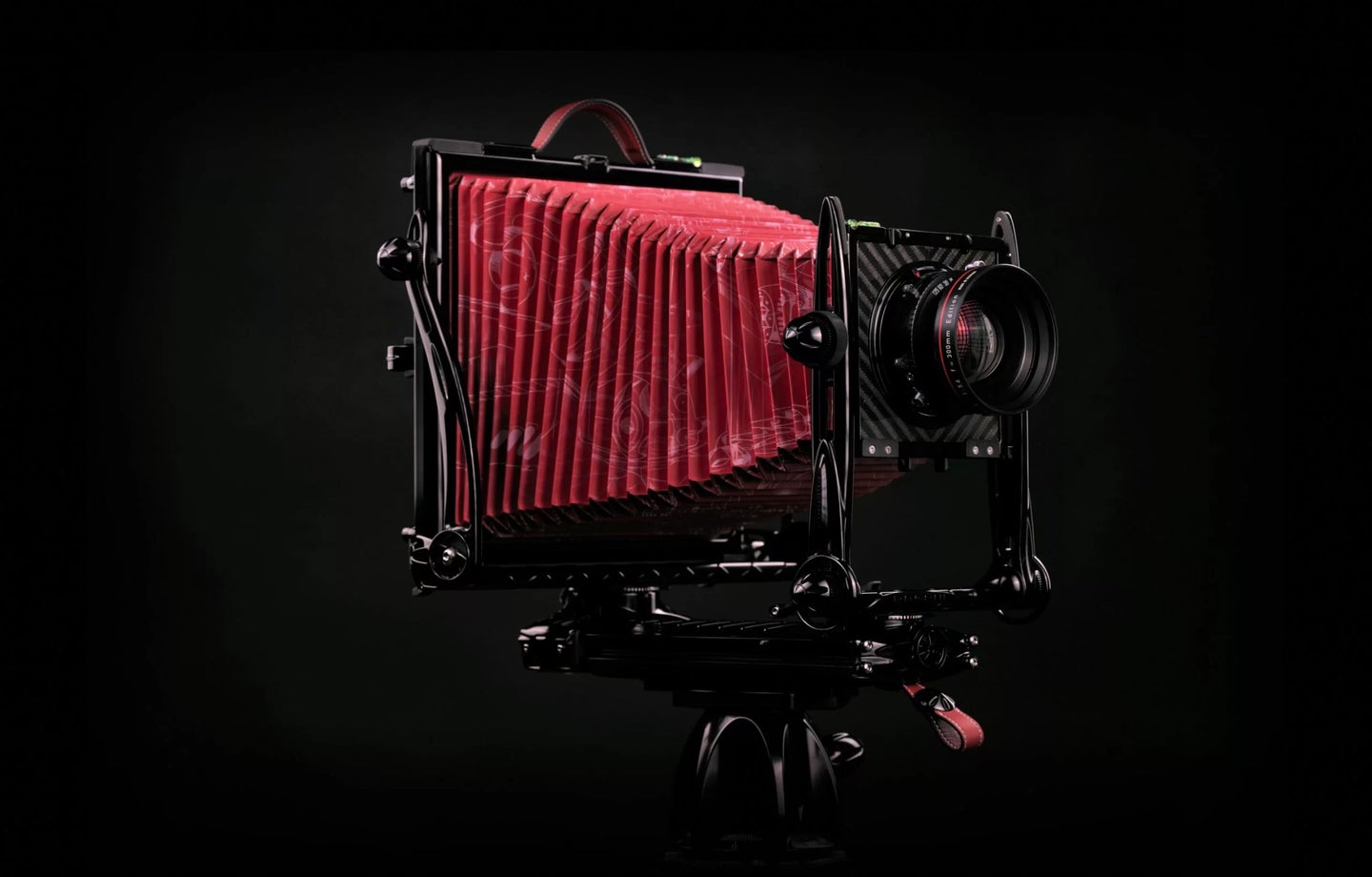 The 8x10 large-format camera will sell for $75,000 but getting your hands on one will be tricky. Pagani / Gibellini
SHARE

For the Pagani x Gibellini camera, it’s all in the details

The Pagani x Gibellini camera, dubbed the GP810HP, features details borrowed from the classic Pagani Huayra supercar, complete with spokes, bolts, aluminum, and leather-covered carbon fiber. It also comes in a custom case, made from the same leather used in Paganis. Car owners even have the option of matching their vehicle’s trim to that of their camera.

Only 75 will be manufactured, according to luxury news site Robb Report, and 30 of those units are reserved for current and future Pagani owners.

As with his fantastic automobiles, founder Horacio Pagani conceived the GP810HP as something more than just a standard 8×10 analog camera. But, let’s face it, these aren’t exactly the fastest or easiest cameras to shoot with. Which begs the question, why did the designer of something so speed-oriented create something so unwieldy to handle? According to Pagani, it’s all about the experience of using it:

“One day, a friend of mine gave me a Gibellini analog camera. As I looked at it, I thought of the hundreds of cell phone snaps we take unthinkingly without enjoying the pleasure of taking a real photograph,” Pagani says. “I thought of the magic, the strength, and the time it takes to capture an image on a camera like this, after having reflected and meditated long and hard while waiting for the right light. You’re not just taking a photo, you’re experiencing an emotion.”

Like other large-format cameras, the Pagani Gibellini camera allows photographers precise control with eight movements: four on the lens plane and four on the film plane. Cool, if you know what you’re doing. But actually procuring a model to shoot with is another story.

It’s so exclusive, that the camera isn’t even listed on either brand’s website (though it has its own site). There’s only a note saying that it is available through Pagani dealers or through the official sales channels. And, as with most nice things, if you have to ask about the details, you probably can’t afford it. We’ll dream about it, though.