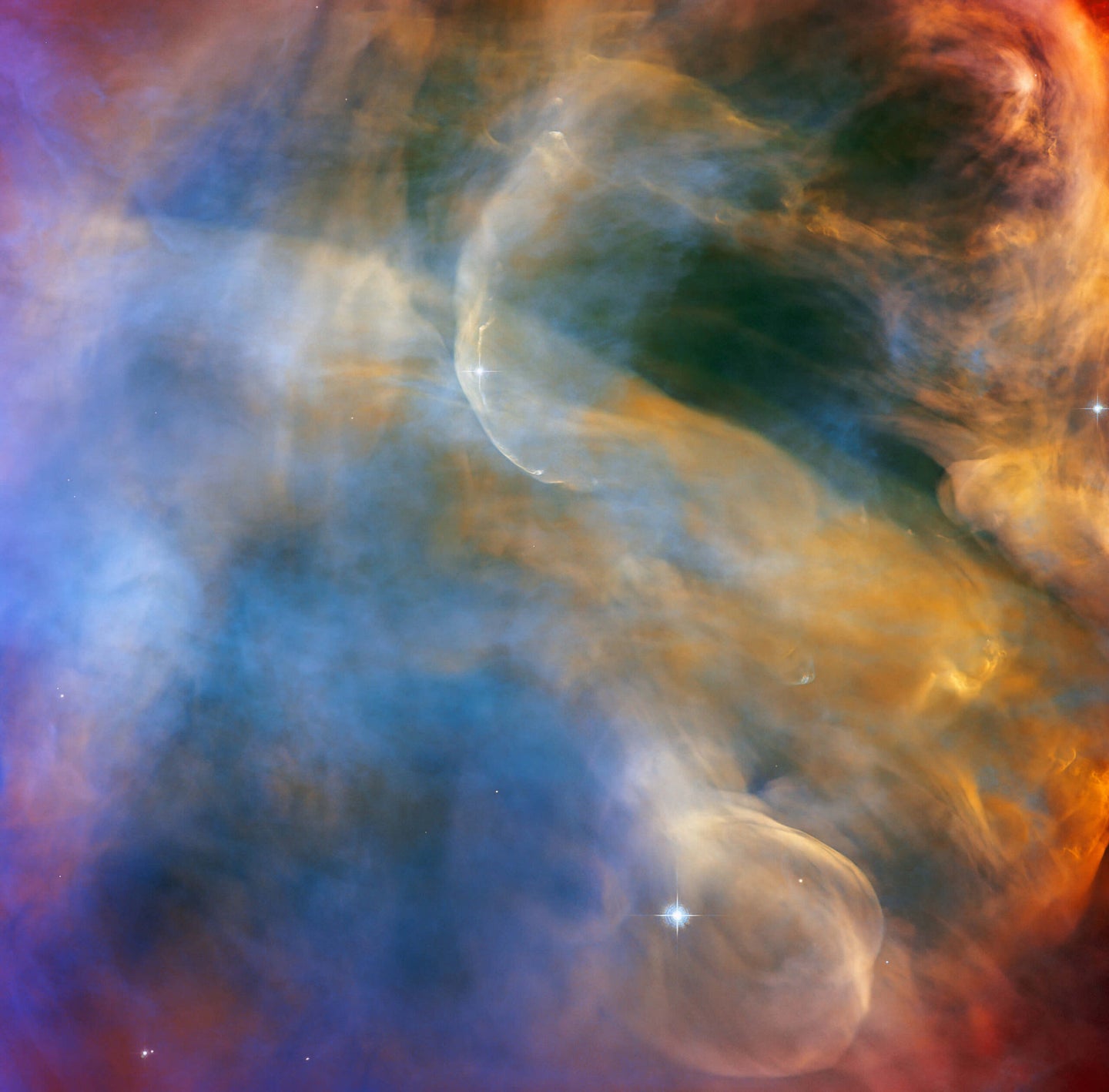 The image is one of 520 that make up a larger composite photo of the entire nebula. ESA/Hubble & NASA, J. Bally; Acknowledgment: M. H. Özsaraç
SHARE

With all the hubbub surrounding the James Webb Space Telescope (JWST) it’s easy to forget about NASA’s other eye in the sky, Hubble, which is still capable of producing stunning observations. If you need proof, NASA just released this dazzling celestial image of an Orion Nebula cloudscape, snapped by none other than ol’ reliable.

Related: Hubble photographs the most distant star ever found

What the image of the Orion Nebula cloudscape shows

Examining the image, one can observe the Herbig-Haro object HH 505 ensconced in the Orion Nebula. According to NASA, Herbig-Haro objects “are luminous regions surrounding newborn stars that form when stellar winds or jets of gas spew from these infant stars creating shockwaves that collide with nearby gas and dust at high speeds.”

Responsible for HH 505 is a star called IX Orion, which is 1,000 light years away from Earth. One can see it glowing at the bottom of the image on the perimeter of the Orion Nebula cloudscape.

Additionally, shockwaves are also visible. They are caused by outflows and currents of slower-moving stellar matter. There is also an abundance of ultraviolet radiation due to bright, young stars—and Hubble is particularly well-equipped to observe it.

About the Orion Nebula

This image of the Orion Nebula cloudscape is one of 520 that create a composite mosaic image of the entire nebula. It is currently the sharpest image of the region to date.

According to NASA, the Orion Nebula is a region of gas and dust where thousands of stars are presently forming. The area is Earth’s closest region of massive star formation, and as a result, Hubble often studies it.