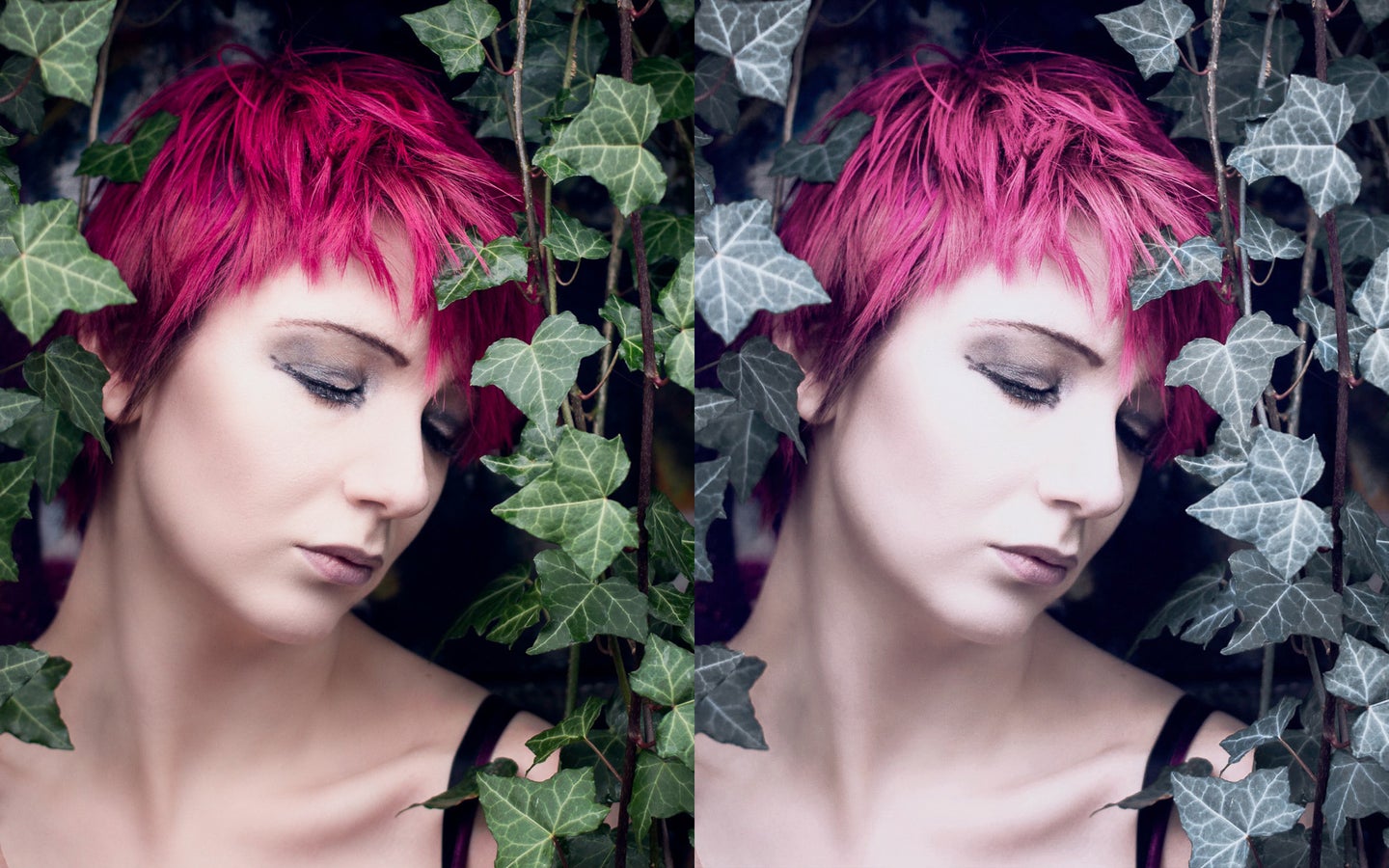 It may be associated with trendy teens, but VSCO is also one of the most well-respected smartphone editing platforms available, with a serious photography pedigree—the company started off in 2011 creating Lightroom presets and Photoshop actions that emulate classic film stocks. These days, though, it’s also about the VSCO app.

Adding on to its impressive list of app-based editing features and functions—including effects built from actual film scans—VSCO has released two new sets of “infrared” filters that create dreamy blue and pink hues.

What is Infrared (IR) photography?

As the name suggests infrared photography captures infrared light wavelengths that aren’t visible to the naked eye. Capturing this IR light with traditional film requires the use of a special film stock and a filter. For digital photography, it actually involves modifying your camera to remove the IR blocker in front of the sensor (most digital cameras are already sensitive to IR). There are services out there that will do this for you, but for most folks, it’s probably best to leave your camera’s IR filter in place.

IR photos have a unique look because most subjects in a scene reflect IR light differently than they do visible light—you just can’t see it. Greenery and foliage, for example, strongly reflect IR light, which makes them appear as if they’re glowing. Portraits have a soft, almost radiant look to them because IR light penetrates a few millimeters into the skin of subjects before bouncing back, and skies go incredibly dark because less IR light is scattered passing through the atmosphere than visible light.

It’s trippy, and because IR light doesn’t really have a color as we’d know it, shooting infrared light also creates false colors in your images. Kodak Ektachrome Professional Infrared film reproduced infrared as red, red as green, and green as blue, for example. And while digital photography allows for more control of how colors are rendered, shooting IR with a digital camera still tends to result in some unusual tones.

VSCO’s “Infrared” filters attempt to emulate the look associated with IR photography without, you know, actually taking a photo of anything in the IR spectrum. The new ones build off of the brand’s more-traditional, existing IR filters: “IR1” for landscapes, “IR2” for portraits, and “IR3” for B&W photos.

IR4 desaturates the image and pushes everything, especially green tones, towards pink. It’s nowhere near as saturated as the IR1 filter. But that’s the point.

IR5 desaturates the image and pushes everything, especially green tones, towards pink while preserving skin tones.

IR6 desaturates the image and pushes everything towards a cool blue.

And IR7 desaturates the image and pushes everything towards a cool blue while preserving skin tones.

Honestly, I’m pretty impressed with VSCO’s take on IR photos. The colors look great and about as accurate as any IR-emulating filter can realistically be.

The one area where it all falls short is the skies: they just don’t have the darkness and richness of a true IR photo and, really, there’s no way to reliably emulate that with a filter. You just have to make some tweaks with some of VSCO’s other tools if you want to nail the authenticity.

Still, though, VSCO continues to cement itself as one of the best mobile editors out there. And these new filters are a nice expansion of their already thorough editing suite.

How to get VSCOs infrared filters

The VSCO app is available for free on Apple iOS and Android. However, to use the new IR filters you need to sign up for a VSCO Membership. It costs $19.99/year.