Hubble dazzles with a new image of a globular cluster

Located in the Scorpio constellation, the cluster, known as Terzan 2, was captured by the telescope’s Wide Field Camera 3. 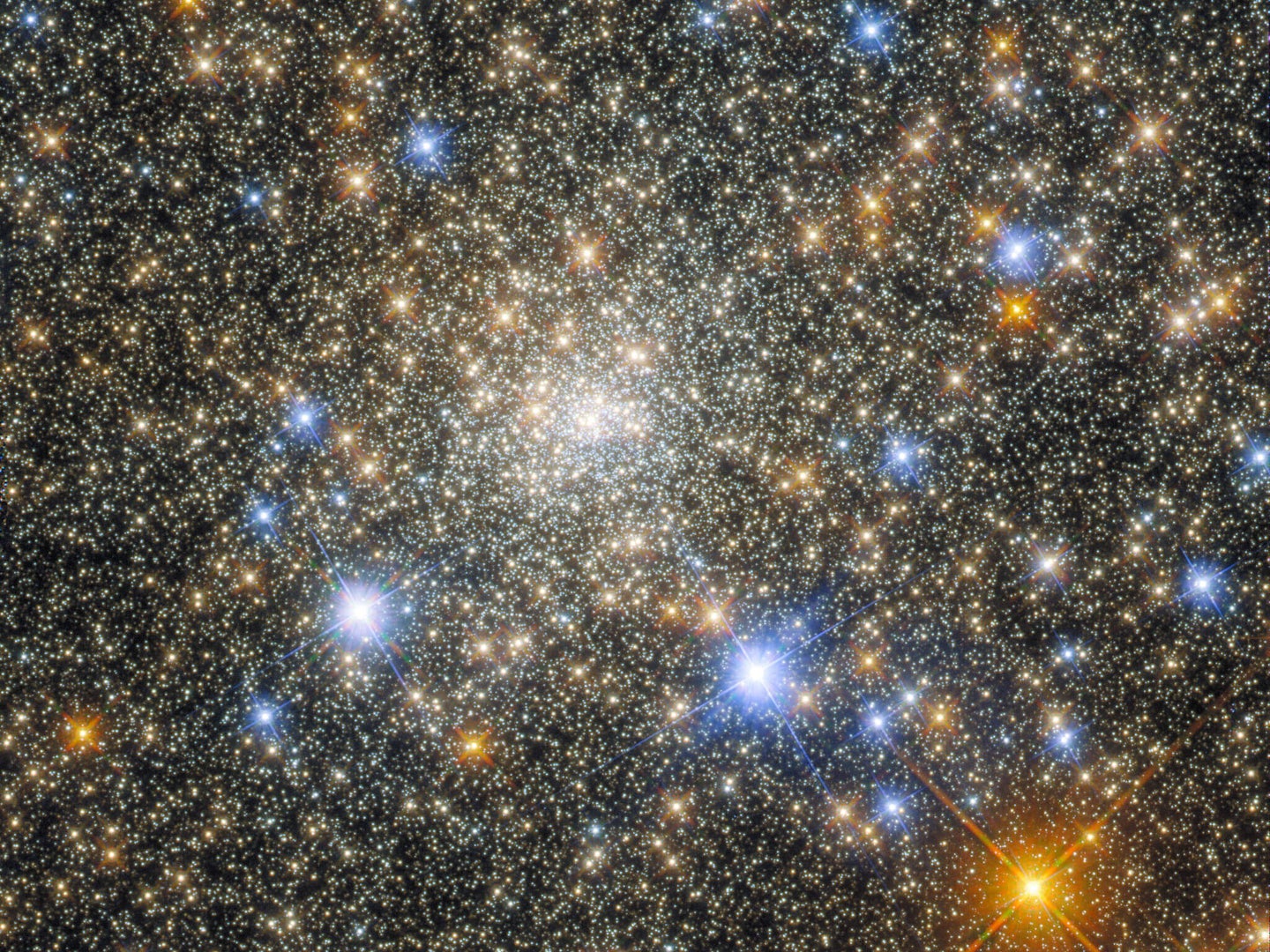 The James Webb Space Telescope may be hogging the headlines but that's not stopping Hubble from churning out impressive images. ESA/Hubble & NASA, R. Cohen
SHARE

With all of the hullabaloo about the James Webb Space Telescope (JWST), the Hubble Telescope is feeling a little lost in the fray. But a recent image shared by the European Space Agency (ESA) and NASA shows that Hubble still has the chops to produce some seriously stunning results. The image depicts an otherworldly globular cluster.

This globular cluster, which goes by the name Terzan 2, is located in the Scorpio constellation.

“Globular clusters are stable, tightly gravitationally bound clusters of tens of thousands to millions of stars found in a wide variety of galaxies,” NASA explains. The clusters owe their spherical shapes to “intense gravitational attraction” between stars.

Related: Hubble photographs the most distant star ever found

Hubble is working as hard as ever

Of course, if you keep up with space news around here, you know that despite the launch of its fancy new relative, Hubble is still capable of churning out beautiful images and plenty of useful data. One of our favorites is this composite photo of nearly every picture Hubble has ever made.

Shortly before the JWST launch, Hubble also produced the largest-ever infrared image, which shows galaxies stretching back 10 billion years. And even though the JWST’s very first images go back 3 billion years further, Hubble’s results are not too shabby for a telescope pushing 31-years-old.

So, while we’re excited to see the new far reaches of the galaxy through the JWST, Hubble is still there proving its discoveries are far from over.