Is this new 56mm the ultimate Fujifilm X-mount portrait prime? 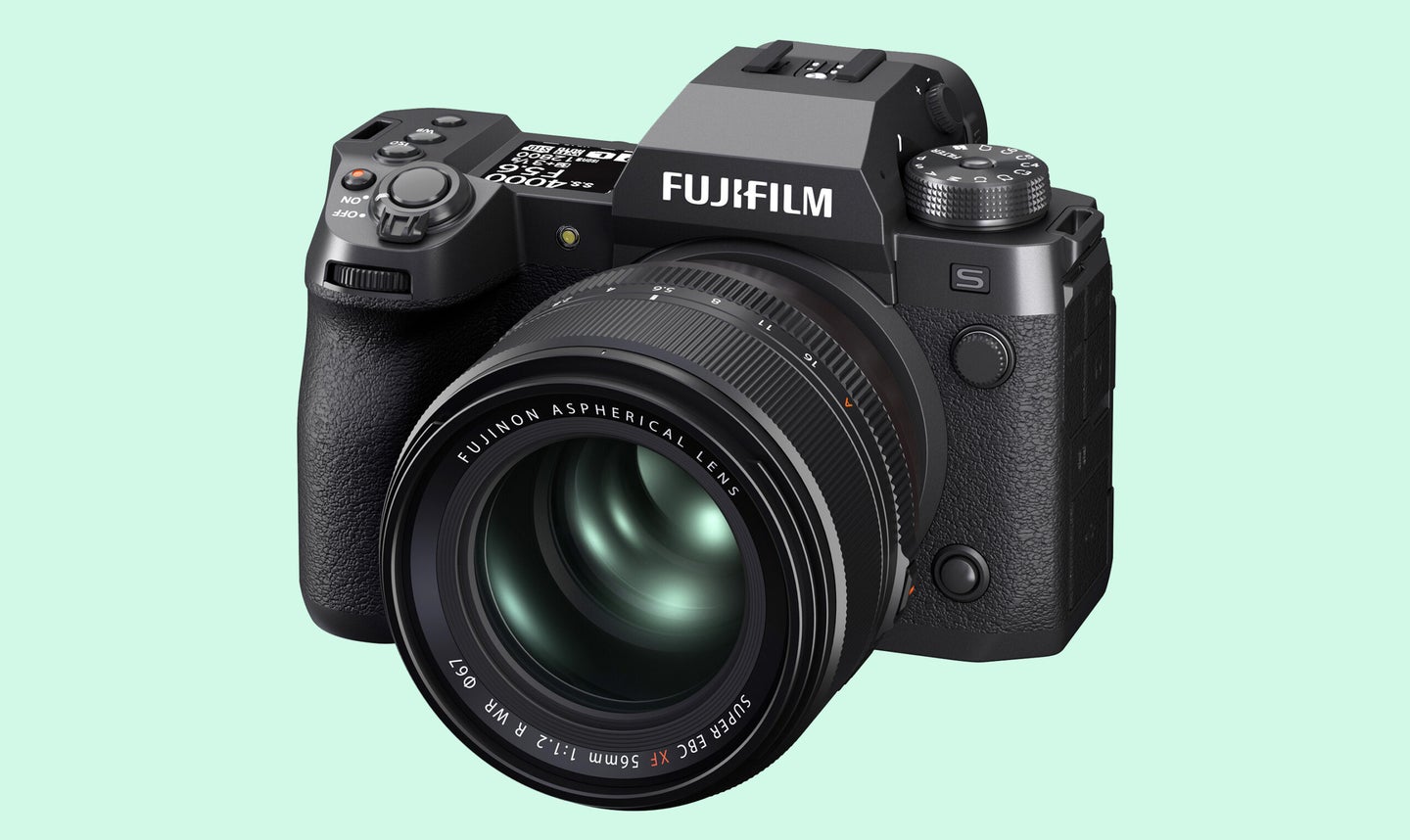 In addition to unveiling its new flagship X-H2 APS-C mirrorless camera, Fujifilm also revealed the new XF 56mm f/1.2 R WR portrait lens. This is an update to the similar-sounding XF 56mm f/1.2 R, launched in 2014, with improvements made to the optical performance, bokeh, and close-focus capability—plus, it gets weather-sealing.

That’s not all, Fujifilm also announced a new ultra-wide-angle f/4 zoom for medium format GFX cameras. But we’ll cover that after the 56mm.

The new Fujifilm XF 56mm f/1.2 is a mid-range telephoto with an 85mm equivalent field of view. This makes it perfect for portraiture or really any scenario requiring solid subject separation. And, according to Fujifilm, the 11-bladed aperture diaphragm can “achieve a near-perfect circle, even at f/4 or f/5.6.” This means you should still be able to get decent subject separation while also maintaining eye-pleasingly spherical bokeh balls.

Mid-range telephoto lenses aren’t just for portraits, though, they’re also supremely useful for a range of subjects and scenarios, from weddings and events, to live music and street photography.

These internal tweaks should result in improved optical performance compared to the lens’ predecessor. The new XF 56mm also gets a fresh fluorine coating on the front to repel fingerprints and grime.

Autofocus power comes from a direct current (DC) motor. These tend to be a tad noisy, so to cut down on audible vibrations, Fujifilm added a friction-reducing “bearing mechanism.” Other improvements over its predecessor include a 19.7-inch close focus distance, compared to 27.6 inches when shooting with the original model.

In addition to image quality and focus improvements, the new Fujifilm XF 56mm is dust and weather-resistant (which is where the “WR” at the end of its name comes from). Weighing in at 15.7 ounces, it’s an ounce and a half heavier than the older model, and at 3 inches in length, a quarter of an inch taller. However, in terms of design, the two look pretty similar and will likely handle similarly too.

With a 16-28mm equivalent field of view and a travel-friendly design, the Fujifilm GF 20-35mm f/4 is a great option for architecture, landscapes, astrophotography, and more. Footprint-wise, the Fujifilm GFX 50S II feels like the perfect companion for it.

The lens features a reasonably complex optical design with 14 elements in ten groups. This includes three aspherical, one ED aspherical, and one regular ED element. Combined, these special elements should help to control distortion and chromatic aberration. The Fujifilm GF 20-35mm also gets Fujifilm’s Nano GI coating to cut down on ghosting and lens flares.

Autofocus power comes from a stepping motor (STM) which should provide quick, accurate, and silent AF. For video shooters, expect well-controlled focus breathing. And the close-focus distance is an impressive 13.8 inches.

Fujifilm says the GF 20-35mm is for “photographers on the go,” and with a length of just 4.4 inches and a weight of 25.6 ounces, we tend to agree. Plus, the lens features an internally zooming design, so it doesn’t get longer or shorter as you change the focal length.

Up front, you’ll find an 82mm filter thread—the front element also sports a fluorine coating to repel gross stuff. Speaking of which, the Fujifilm GF 20-35mm is dust and moisture-resistant with no fewer than 12 seals. Fujifilm also says it can operate in temperatures down to 14 degrees Fahrenheit.