Fujifilm cranks up the megapixels and video features for its new APS-C flagship. 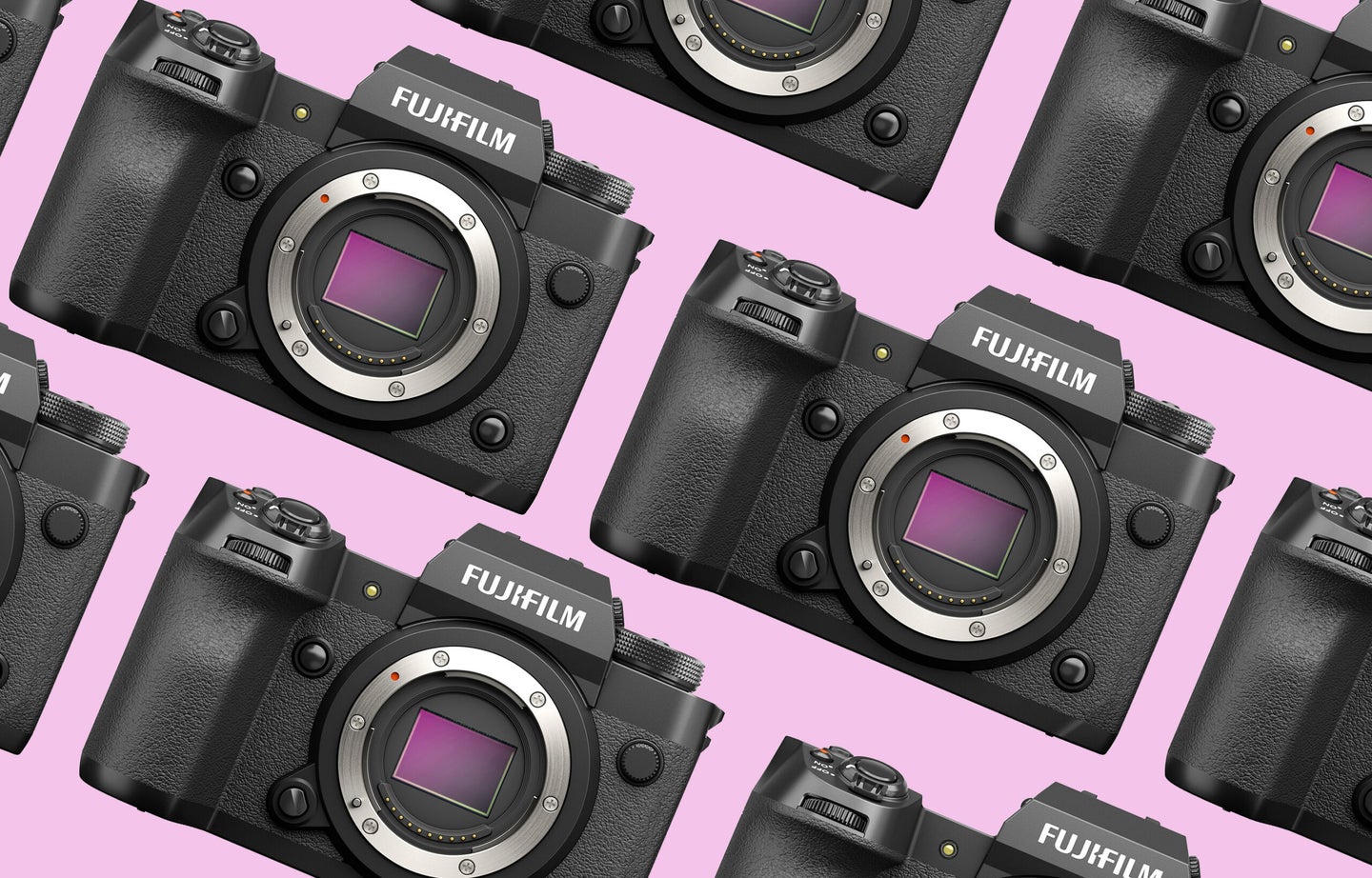 Fujifilm has never felt the need to pack the APS-C sensors in its X-series cameras full of too many megapixels. Even higher-end cameras like the X-Pro3, X-T4, and X-H1 have offered resolutions in the mid-twenties. The new Fujifilm X-H2, however, offers a full 40.2 megapixels, which is one of the most densely pixel-packed APS-C sensors ever made. It’s not just about the resolution—Fujifilm’s new X-series flagship also promises truly high-end performance at a surprisingly competitive $2,000 price.

The backside-illuminated, 40.2-megapixel, APS-C sensor inside the X-H2 employs Fujifilm’s X-Trans color tech, which arranges the colored pixels differently than a typical Bayer pattern found in most other digital cameras. So, while The X-H2 cranks up the resolution, it should still provide the same distinct Fujifilm look when it comes to color performance, even when using the excellent film simulation modes.

The sensor pairs with the new X-Processor 5 to churn out some truly impressive specs. With the electric shutter enabled, the camera can shoot at a minimum shutter speed of 1/180,000th second. That’s down from an already fast 1/32,000th second in the previous model. With shutter speeds that short, shooters can keep their lenses wide open, even in bright conditions, without blowing out their images.

As you might expect from an APS-C flagship, the XH2 offer in-body image stabilization. It promises up to seven stops of overall shake reduction with specific lenses. That stabilization mechanism also enables a super-high-resolution multi-exposure mode. The camera takes 20 reference images, moving the sensor slightly between each frame to create raw materials for a 160-megapixel image. This mode requires “Pixel Shift Combiner” software to mash the images together during post-processing.

When it comes to pure speed and AF tracking performance, big manufacturers like Canon, Sony, and Nikon have typically shown an advantage over Fujifilm’s offerings. That’s especially true when it comes to object recognition and tracking. The X-H2 promises big improvements, however.

The X-H2 leans on the X-Processor 5 to recognize and track specific objects including animals, birds, cars, motorcycles, planes, and trains. Fujifilm also claims to have improved the focus prediction algorithm and AF performance during all video modes. We’re looking forward to seeing how these improvements translate into real-world performance during our review.

While that 40-megapixel sensor makes the X-H2 the most robust photography camera in Fujifilm’s lineup, it also makes some leaps in terms of video. It can capture native 8K footage at 30p in 4:2:2 with 10-bit color directly to the memory card. Like the Fujifilm X-H2S, it has cooling built-in to enable up to 30 minutes of 8K shooting at a time.

Because uses for 8K footage are limited at the moment, the camera can capture over-sampled 4K footage that should look more detailed than typical 4K shooting. If you want even higher-quality footage, it can capture 12-bit 8K footage at 30p in RAW mode to an external recorder.

It should come as no surprise that the X-H2 promises burly weatherproofing. That’s a hallmark of the X-series cameras, at least at the high end. The X-H2 adds weather sealing at 79 common ingress points to keep out dust and moisture.

The integrated electronic viewfinder offers 5.76 million dots of resolution with an 0.8x magnification and a framerate of around 120 fps, so it should look big, smooth, and bright.

Fujifilm equipped the X-H2 with two memory card slots, one of which accepts CFexpress Type B cards and the other accepts UHS-II SD cards.

The X-H2 will hit store shelves at the end of September with a retail price of $1,999 for the body alone. It comes paired with the capable XF16-80mm f/4 OIS WR lens kit for $2,499, which is a very solid kit. Fujfiilm will also offer a vertical battery grip for $399, a wireless file transmitter for $999, and a cooling fan for video shooting at $199.