The 83-megapixel image was made by the Solar Orbiter, a joint project between ESA and NASA. 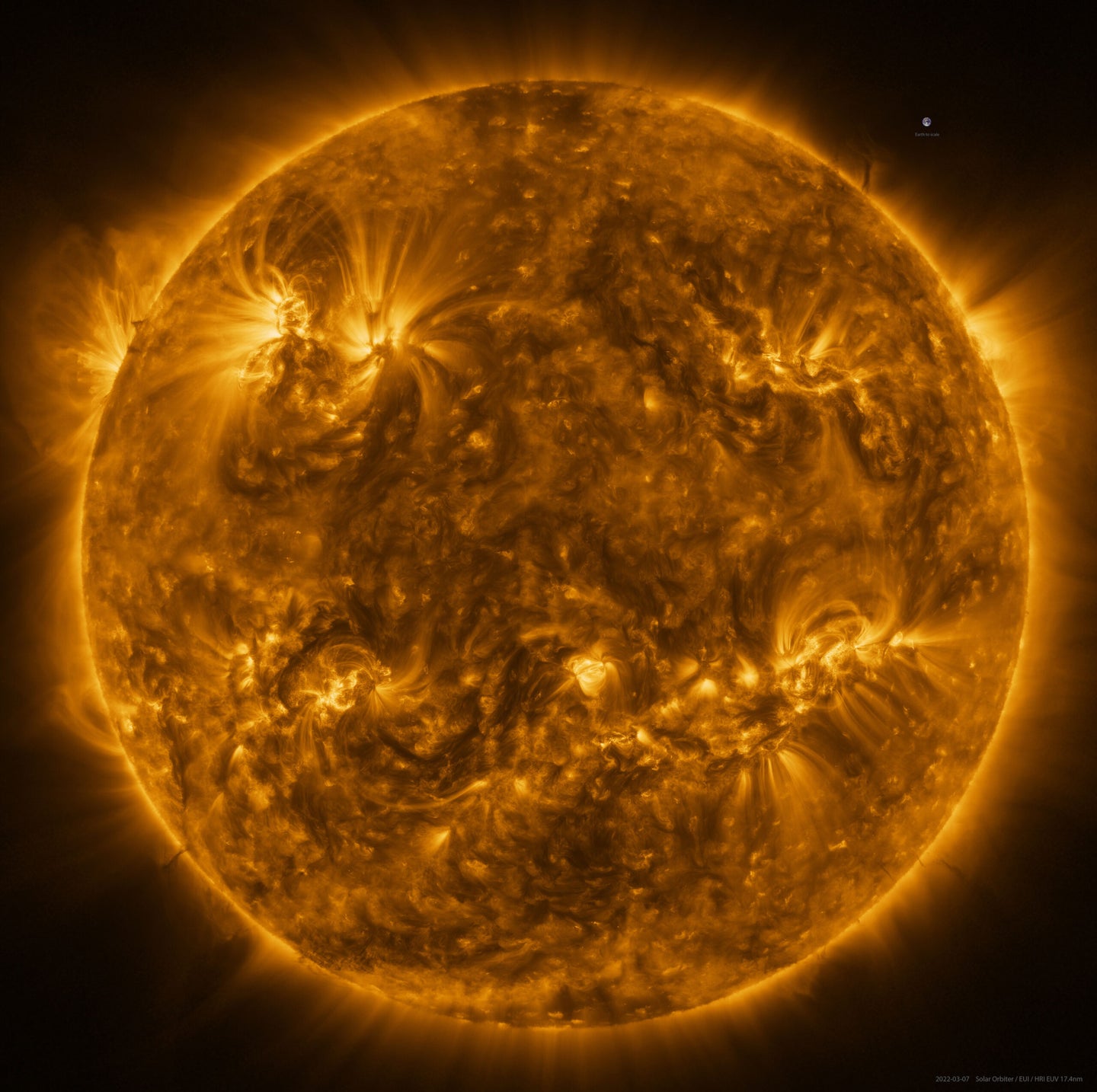 If you thought the 61-megapixel Sony a7R IV delivered some serious megapixel punch, think again. The European Space Agency (ESA) recently shared the highest-resolution image of the sun ever captured —and at a whopping 83 megapixels, it outshines even the latest and greatest full-frame mirrorless titans. And in case you need further reference, the resolution of this photograph is 10 times better than that of a 4K display.

How they did it

The Solar Orbiter, a joint mission between ESA and NASA, made the images using the Extreme Ultraviolet Imager (EUI) and the Spectral Imaging of the Coronal Environment instruments (SPICE).

EUI is responsible for the highest resolution photo ever made of the sun’s disk and outer atmosphere (corona), while SPICE created the first image of its kind in 50 years using the Lyman-beta wavelength of ultraviolet light, which is emitted by hydrogen gas.

At the time the images were made, Solar Orbiter was approximately 75 million kilometers (nearly 47 million miles) from the sun and Earth. The final EUI photograph is actually a composite of 25 tiles—at such a close distance and high resolution, many images were needed to cover the entire sun. The process took over four hours, and each image about 10 minutes.

What you can see

“EUI images the sun at a wavelength of 17 nanometers, in the extreme ultraviolet region of the electromagnetic spectrum,” the Agency explains. “This reveals the sun’s upper atmosphere, the corona, which has a temperature of around a million degrees Celsius.”

Looking at the EUI image, you’ll notice filaments jetting off at two and eight o’clock positions. That’s space weather for you.

The color photograph rendered by SPICE shares additional information about the sun’s temperature. Let’s just say, this is definitely not the place to spend a summer vacation.

Solar physicists are using the information gathered by Solar Orbiter to decipher an age-old question: Why does the sun get hotter, instead of cooler,  in the upper atmosphere?

“Usually the temperature drops as you move away from a hot object,” ESA says. “But above the sun, the corona reaches a million degrees Celsius whereas the surface is only about 5000°C. Investigating this mystery is one of the key scientific objectives of Solar Orbiter.”