Astronauts Float a GoPro Camera Inside a Floating Blob of Water

Can we please go to space now? 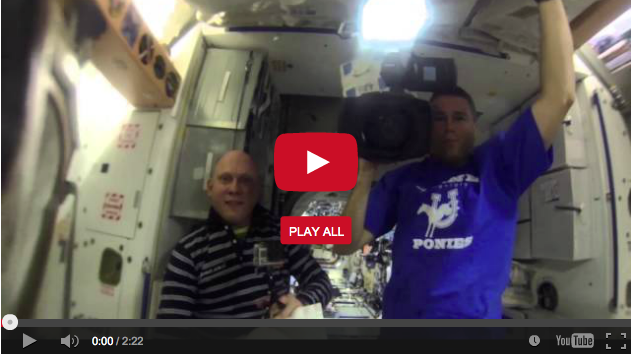 There are plenty of interesting places to put an action camera here on planet earth, but when you take one up into zero gravity, there are even more opportunities for awesomeness. In the video posted below, ISS astronauts take a GoPro (in a waterproof case, obviously) and float it inside of a glob of zero-G water.

The resulting footage isn’t exactly mind-blowing–you pretty much get the effect of a camera sitting in a moving fish bowl–but watching the astronauts manipulate the water glob with the camera inside is oh-so-mesmerizing.

They also have a 3D Panasonic camera on-board and have been doing some interesting things using Youtube’s 3D video playback support. The 3D ISS tours look pretty cool. Interestingly enough, they also say that the 3D camera seems to be effected much less severely by the radiation than other digital cameras. Radiation typically nukes pixels on the sensor, leaving ugly hot spots in the image, but they believe the overlapping of the images needed to create the 3D effect helps to mitigae the effect they have on the final product.