A bottle of Fireball, a GoPro, and some smiling guests make an awesome wedding video 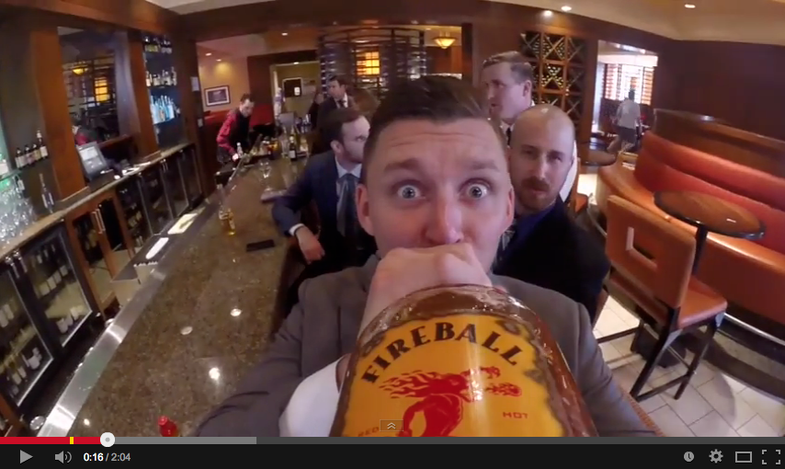 The internet is excellent at coming up with smart places to put action cameras. We’ve seen them strapped to athletes, dogs, eagles, and all types of other interesting subjects. This video, however, is a bit different. Some clever wedding guests strapped a GoPro to a bottle of booze, then passed it around to the guests to take a swig.

The result, as you can see, is almost like a video photo booth of sorts. You get a hilarious little video portrait of each guest as they down the hit of Fireball. It’s a clever thing for a guest to come up with, but I wouldn’t be surprised to see this type of thing start to show up in the services of professional wedding shooters who are trying to differentiate themselves from the increasingly large crowd of competition.

I was actually going to post this yesterday, but the video was then made private. Now, it seems to be public again because they must have realized there was no keeping it away from the Internet.