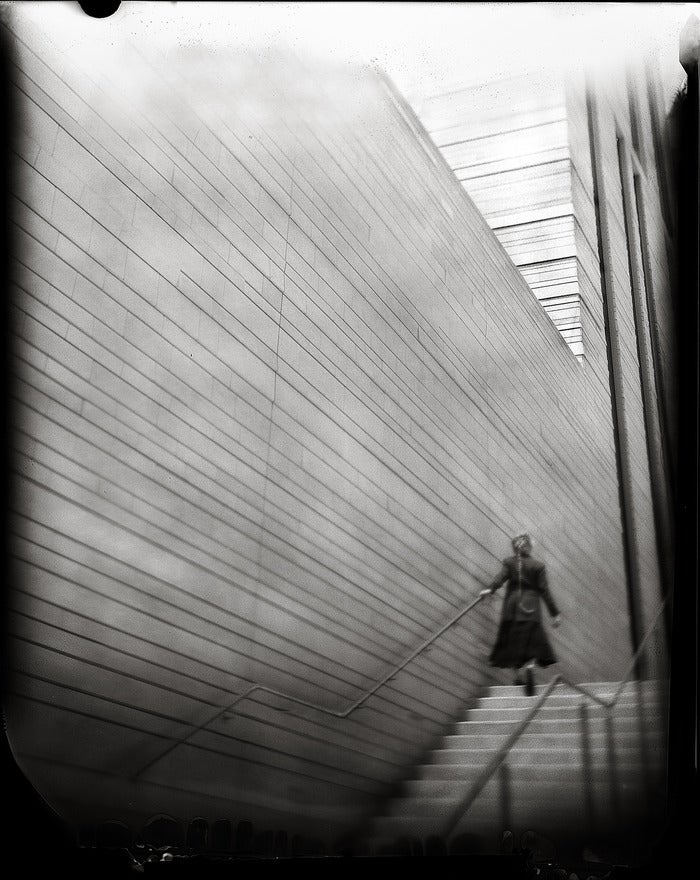 Polaroid 55 was a large format instant film that produced both a negative and a positive image. When you pulled the sheet out of the holder after taking a photo, you would tear it in two pieces. One would be a negative you could use in the darkroom to develop your photo and the other would be a full-on black-and-white, large-format print. It was phenomenal and I used it as often as I could afford it (which wasn’t that often) when I was in college. Unfortunately, it was discontinued. Now, a man named Bob Crowley and his team are trying to make large format negative/positive film accessible again.

The Kickstarter has a goal of $400,000, which will cover the rather impressive task of starting to manufacture the film. According to the Kickstarter page, the idea isn’t to replicate the old Polaroid 55, but to do something more along the lines of what The Impossible Project has done.

Both instant and large format film have taken a beating in terms of availability as film continues its decline, so it’s great to see people like this trying to keep them alive.

The cheapest pledge that gets you a box of film (five sheets) will cost you a cool $75, so it’s a premium product with a cost to match, but large-format hasn’t been particularly “affordable” for quite some time–if ever.

Still, old expired boxes of Polaroid 55 are going for well over $100 on eBay.

Interested in shooting film? Here are 12 films you should try shooting before they go away forever.