How Many Photos Are Uploaded to The Internet Every Minute?

200,000+ images make their way to Facebook alone every minute 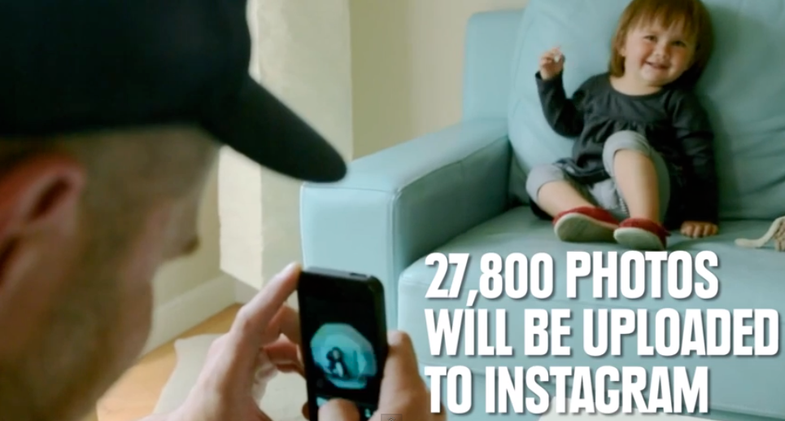 The advent of digital cameras brought on a new era in photography and it’s a prolific one. The number of photos we take each year has sky rocketed. In fact, in a recent presentation by Yahoo!, it was claimed that as many as 880 BILLION photos will be taken in 2014 if we continue on the current trend. That’s a lot.

The folks as Buzzfeed have put together a simple video that sums up everything that happens on the web in a single minute and it includes some interesting info about photos.

According to the video, 27,800 photos are uploaded to Instagram every minute. That’s not surprising, especially since we know Instagram passed five billion photos last year during its transition to Facebook.

As for Facebook proper, they get 208,300 photos uploaded every minute. Facebook has always been a bit vague about exactly how many photos they get over a period of time, but they’ve gone on record to say that it’s over six billion photos per month. It’s likely even more than that now. For scale, Yahoo!’s Flickr service has gotten about eight billion photos during its whole run.

Another interesting factoid is that more than 100 hours of video will be uploaded to Youtube, which is rather insane when you consider that almost all of it is HD and how much storage and bandwidth that requires.

While this gives us an interesting little taste of a few of the biggest players in the photo sharing game, trying to wrap our heads around the actual number of images uploaded to the web seems like a Herculean task. In fact, with the new Flickr alive and kicking, there has probably been a noticeable bump there alone.

And while the actual number will likely be forever elusive, it’s an effective reminder of just how many photos are out there. So, if you want yours to get notice, it’s probably best to get creative.