Bear Tries to Eat GoPro, Reminds Us Why Action Cameras Are Awesome

Why do animals keep trying to eat GoPros? 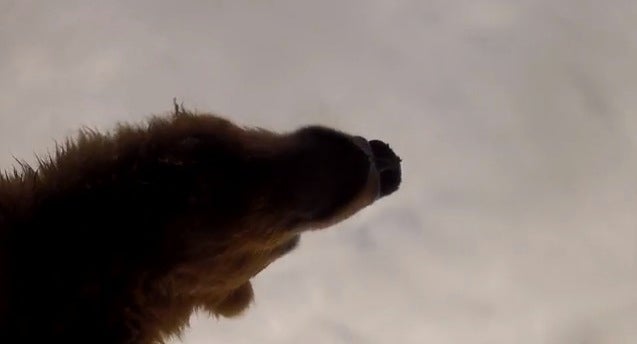 While filming for the Great Bear Stakeout for Discovery and the BBC, photographer and grizzly expert Brad Josephs strapped a GoPro to a rock with a rubber band, hoping to get some footage of the enormous beasts. The video he got was a lot closer than anyone expected, when the bear decided to chew on the camera.

You can see the footage below of two bears who come to inspect the impromptu camera rig — with their mouths. According to Josephs, this is an older mother, and a younger, three year old cub.

You have to give major credit to GoPro here, as the camera apparently survived unscathed. As Josephs described it, “The bear only gently mouthed the camera, and didnt even put a dent in it! Obviously the card was fine, and I actually used the camera many more times.”

The footage has apparently made it into the final cut of the documentary, so you’ll be able to see it again when the show airs.

For some reason, GoPros seem to be a prime candidate for animals to chew on. We’ve previously seen both lions and tigers try to swallow a camera.