You still get the crummy toy, but you also get a VR headset with your nuggets 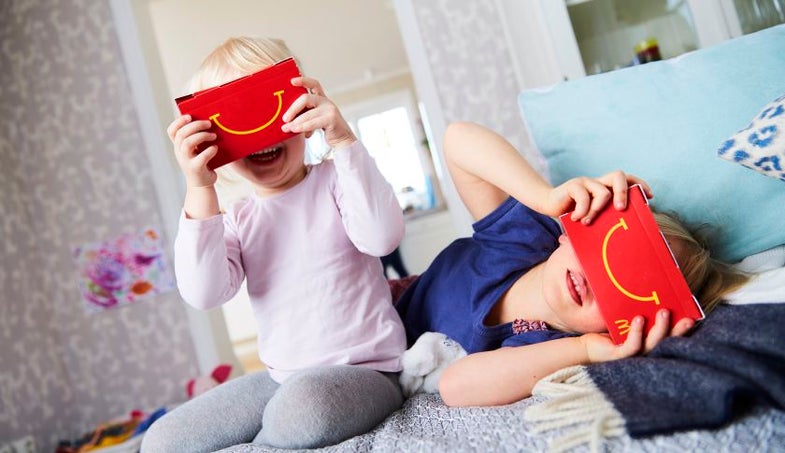 When I was a kid, I remember playing with McDonald’s Happy Meal boxes, cutting them up to make castles for my action figures or just wearing them on our heads. In Sweden, however, McDonald’s took the idea of Happy Meal box interaction a step further by turning them into virtual reality viewing devices.

The concept clearly takes a cue from Google Cardboard and other dirt-cheap VR viewing devices meant to hold a smartphone in front of one’s face. When viewing VR content, each eye gets a slightly different picture and motion sensors provide a true virtual reality experience on the cheap.

The project has already run its course in Sweden, but it would be cool if they try this in other markets as well. Virtual reality cameras aren’t exactly mainstream just yet, but if the trend keeps up as it is, we will certainly be seeing them in the hands of mainstream users pretty soon. I’ve tried a variety of different VR cameras and headsets and it genuinely seems like something that’s going to stick around for a while unlike traditional 3D.