Lightroom Mobile moves even more into the raw game 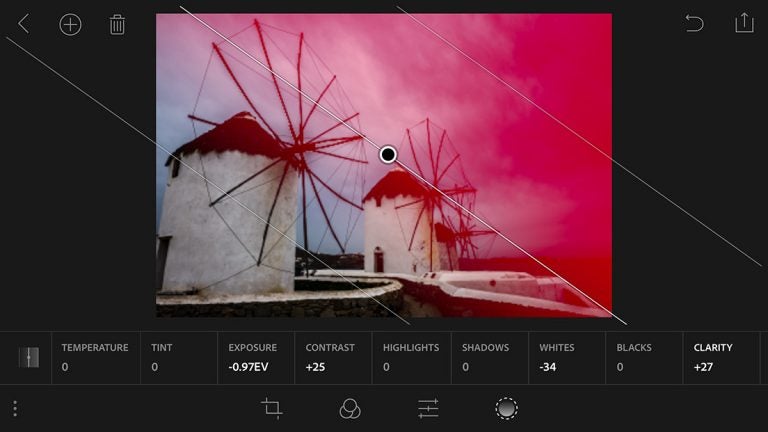 At the recent Apple Developer’s Conference, one of the big stories for photo enthusiasts was the mention of Raw photo support in iOS. Now, Adobe has fueled the flames of iPhone and iPad Raw image workflow by adding a raw “Technology Preview” in the latest update for Lightroom Mobile. There are a few other additions as well as some Android-specific updates, so here’s a rundown.

The big story is obviously native Raw editing in iOS. This is different from the old Raw support in that it doesn’t involve smart previews. Lightroom Mobile For iOS 2.4 can natively edit Raw files stored on the device. It’s a bit tricky to actually get the Raw files onto an iPad or an iPhone at the moment, requiring a camera connection kit or an SD card reader that plugs directly into the device.

Once the photos are uploaded, you get the benefits of all that extra data, which enables things like more flexible tonal adjustments and more precise white balance controls than when working on a JPEG. Of course, the bigger files means that just about everything takes longer and is more taxing on the computing power and memory capacity of your device, but Adobe claims the performance is acceptable and the trade-off is ultimately worth it.

In addition to the Raw support Lightroom For iOS 2.4 also gets Linear and Radial Selections, both tools that come in handy if you’re trying to do a lot of local adjustments with the touch interface. Interestingly enough, since these are “Technology Previews,” the new features will be available only to photographers with some kind of Creative Cloud subscription, including the trial.

On the Android side of the update, the big news is in the actual camera piece of the app. A new Pro mode gives control over the camera’s shutter speed, ISO, white balance, and focus (by separating it from the AE lock). This works in concert with the native DNG Raw file capture that was added in the last version of the app. On the other side of the workflow, the Android version is now better at exposing full-resolution files, which makes sense if the overall point is to maximize image quality.

With native Raw support as part of Lightroom Mobile and the possibility of Raw compatibility in upcoming Apple devices, it will be interesting if the iOS version is able to catch up to the Android version. Right now, Android feels like a much more complete experience. Both apps should be available immediately.