A film developing machine for color and black and white film. 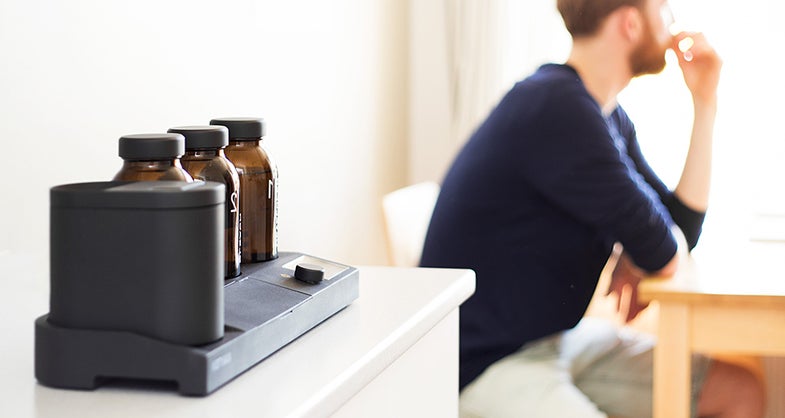 Developing black and white film at home is easy—the hardest part is often getting the film of the reel in total darkness. Developing color film at home is more difficult. The chemicals have to be much hotter and just a few degrees of variation can ruin a roll of film. But a new concept project from Thomas J Müller could simplify the process of developing both color and black and white in the comfort of your own home.

The Kanton DX35 is about the size of a small kitchen appliance. It’s components include a base station heated by copper elements that holds three clearly labeled bottles for the required chemicals. An automated film loading system can operate in broad daylight without risk of flashing your film. The agitation process—which ensures that fresh chemicals continuously reach the surface of the film during development—is automated as well. A dial on the front of the Kanton DX35 ensures that the chemicals are heated to the correct temperature and that film gets the proper amount of jostling—too much can increase grain and contrast, while too little can lead to thin negatives or liquid patterns on the negatives.

It’s essentially a smart-home solution for an analogue process, and while it would take away the hands-on nature of developing film at home, the compactness of this concept is very appealing. Right now the Kanton DX35 is just a concept, so it’s unclear when it might become a product you can buy, although Thomas J Müller is looking for investors for the project.

The Lab-Box, which was on Kickstarter last year, capitalized on a similar idea, and is expected to begin shipping this fall.

And if all else fails you can always use your sous vide to develop color film at home.