Moving out appears to have been no easy task. 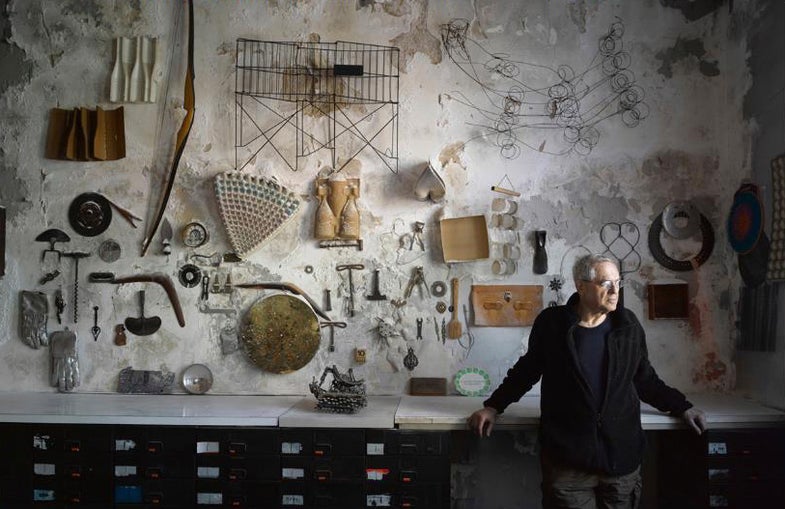 Jay Maisel inside 190 Bowery, which he called home for fifty years. Jay Myself
SHARE

Jay Maisel is an iconic New York City photographer, but his living arrangements inside an old bank on the Lower East Side were nearly as famous as his work. A new documentary from photographer Stephen Wilkes called Jay Myself takes an in-depth look at photographer Jay Maisel’s final days inside his longtime live and work space on 190 Bowery.

Wilkes was one of Maisel’s interns early in his career, and when he learned that the photographer had put the iconic 72 room building on the market, he just knew it was a story that needed to be captured.

“When I heard that this building that changed my life and the man who shaped it were moving on, I immediately knew I had to capture Jay’s world before it disappeared,” he says in the trailer for the film.

The film, which had its world premiere at DOC NYC this weekend, gives an overview of Maisel’s career in photography and an impressive look at the six stories that the photographer called home for so many years. And as you might expect, after 50 years, Maisel had accumulated a whole lot of stuff.

“They’re estimating 35 truckloads to get out of here,” we hear Maisel say in the film’s trailer.

Moving out of a long-time residence in New York City is never a feat, but it appears that Maisel’s outlook on the ordeal matched the lighthearted feel of his photography.