Andrew Hara photographed the planets and Moon standing to attention over Mauna Kea, a volcano on the Big Island. 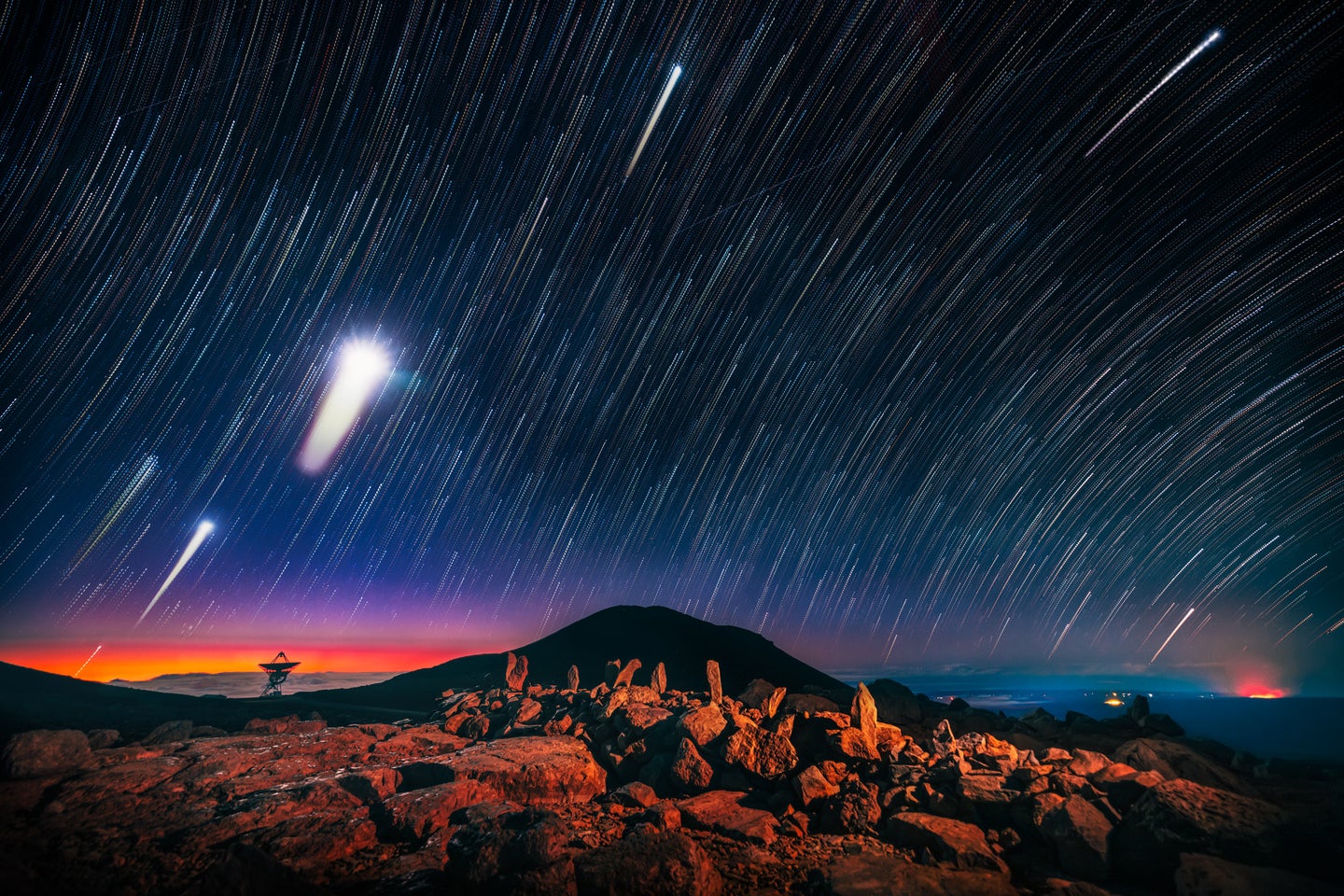 In addition to being a practical location that rises above the fog, Mauna Kea holds much cultural significance. Photographer: Andrew Richard Hara / Producer: Greg Scott
SHARE

Earlier in the summer, a dazzling planetary alignment took place, showcasing Mercury, Venus, the Moon, Mars, and Saturn across the night sky. According to Sky & Telescope, the last time this happened was in 2004, and if you missed it, you’ll need patience. The next alignment won’t take place until 2040.

Photographers had a field day (or night) capturing the phenomenon, and we caught up with one, Hawaii-based Andrew Hara, who put a unique spin on the view by photographing it at one of the state’s culturally significant sites, Mauna Kea.

A symbol of Hawaiian cultural history

“Mauna Kea is a very special place here on the island,” Hara writes to PopPhoto. “Along with being a culturally rich and significant location, the particular location came to mind as it also represents its own unique alignment with Hawaiian cultural history. It was either going to be here or in Hawai’i Volcanoes National Park, but Mauna Kea also resides at 13,796 feet, much higher than the cloud layer that rests right around 9,000 feet elevation. With how special Mauna Kea feels, it felt right to head up there. The timing was also very critical and Mauna Kea felt like the best place to view from being above the clouds without a lot of concern of fog and clouds rolling in.”

The image, of course, didn’t pull together by itself. Hara spent a week planning and understanding when and how he should photograph the alignment. With the help of an augmented reality app, Hara was able to track and calculate the timing, which required a 4 a.m. call time. But, it almost didn’t happen—Hara credits his mentor for challenging him to push forward.

Whether you’re looking to nail the next planetary alignment shot in 2040, or you’re simply wishing to improve your astrophotography chops in 2022, Hara has some tips on creating a great image.

“Just experiment! Try new things, settings, and times of year to see what best works for you. No one camera and lens set up is perfect and it should feel like there is a flow in the process with the result of an image that you are happy with,” he shares.

It’s easy to fall into the trap of thinking you need specific gear. For his own photos, Hara employed a Canon mirrorless camera and the Canon RF 15-35mm, 24-70mm, and Sigma 35mm f/1.4 lenses. However, he says it’s perfectly fine to go with what you’ve got—especially if you’re just starting out.

“Shoot with what you have and start there! Getting the biggest and baddest camera is great, but there is a special appreciation that builds when one can understand the capabilities and limitations of a particular setup before going to the next,” Hara advises. “Look at other work to see what may make a great photo but don’t stick only to that. Use it to influence your own work to produce something that represents you well, rather than just technically looking good. We often get so caught up in tech that we forget that a photographer’s vision and abilities in post-production are where an image may truly transform from a common astrophoto into something that may be able to evoke a sense of awe and wonder.”