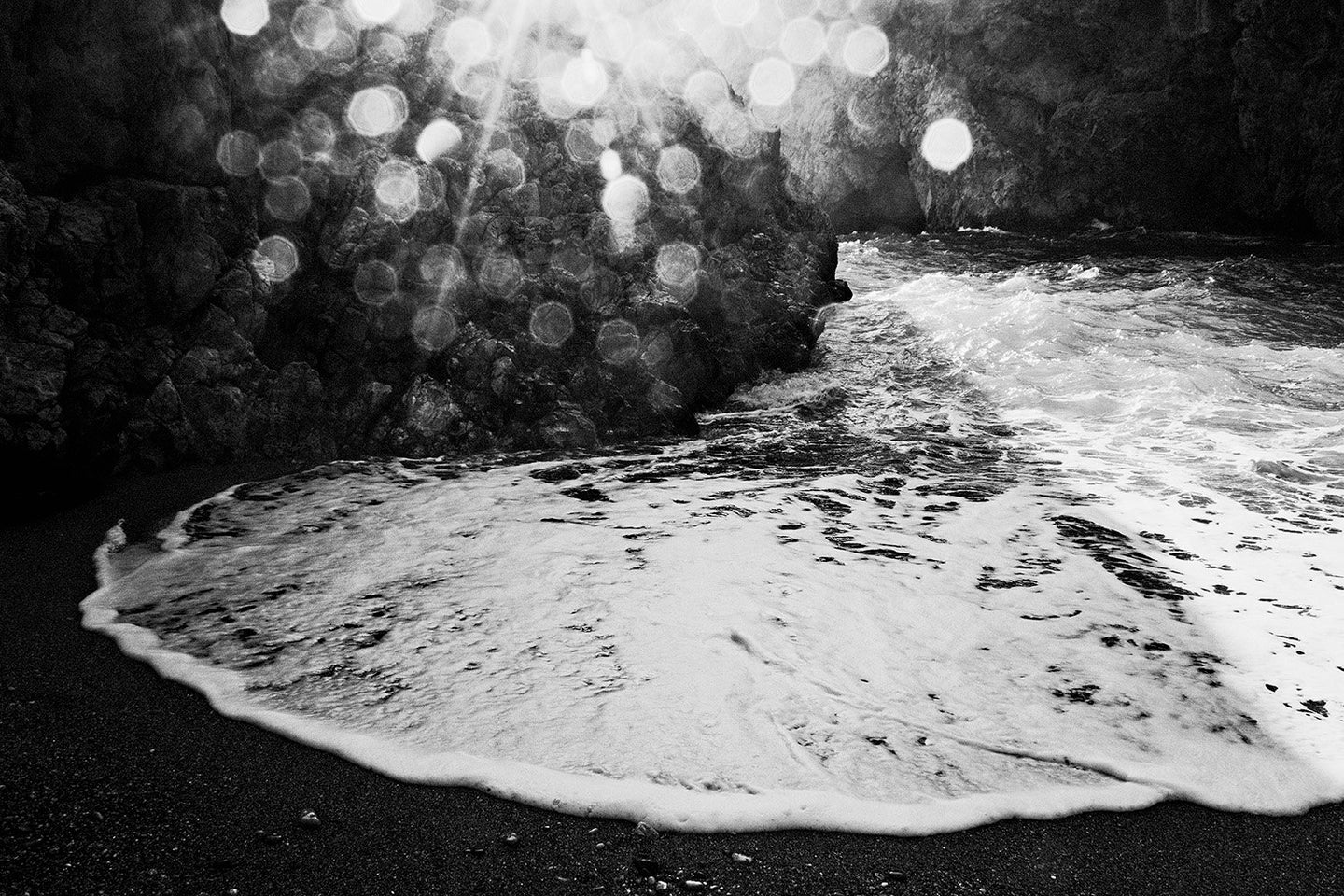 In this month’s photo books selection, we take a look at an expansive annotated selection of Alec Soth’s work; a collection of images by famous photographers all shot on “the other film” (Polaroid); flowers in contemporary photography; Antigone Kourakou’s surrealist B&W images of women and nature; Curran Hatleberg’s photos of the dog days of summer; and the classic monochrome photos by Bill Brandt.

In 2015, Mack published Gathered Leaves, a collection of four “mini-facsimile” books by Alec Soth, together with 29 large-format postcards. This new book, Gathered Leaves Annotated, brings together five of Soth’s books, with annotations. Printed in color on newsprint, it’s not a good-looking photo book, but rather a working copy for people who want to go deeper. This is like a director’s commentary to the DVD box set of official releases, outtakes, demos, and b-sides. It includes notes, handwritten comments, emails, articles, and much more.

You discover the stories behind Soth’s photos and subjects and learn about original titles from the books—Sleeping by the Mississippi was initially going to be called From Here to There. There’s also a full-color map with pushpins showing the locations where he shot his photographs. This is less a photo book than a book about making photos, and photographers who admire Soth’s work will want to peruse this to learn more about his ideas and motivations.

Known by many as “the other film,” Polaroid served generations who wanted instant gratification from their cameras. This book, now updated in its 40th edition, presents selections from the Polaroid Corporation’s photography collection, which contains more than 23,000 images from hundreds of photographers.

The Polaroid attracted photographers such as Ansel Adams, Judith Black, Harry Callahan, Paul Caponigro, Barbara Crane, Eliot Erwin, Robert Frank, Ralph Gibson, and so many others. In particular, the SX-70, released in 1972, was used by artists like Andy Warhol, Linda McCartney, and Wim Wenders, to provide instant photos in a robust format. A chapter on the history of Polaroid cameras traces the evolution of this unique form of instant photography.

If there’s one perennial subject for photographers, it’s flowers. With their brief lives and glorious hues, flowers are the perfect muse. They can be treated like still lives, like portraits, or like explosions of color, as Cig Harvey did in her latest book Blue Violet.

Flora Photographica looks at the history of the flower in contemporary photography, with works by more than 120 photographers, such as Cindy Sherman, Thomas Ruff, Vik Muniz, Valérie Belin, Viviane Sassen, and Martin Schoeller. In thematic chapters, such as Roots, Arrangement, In Full Bloom, and Reverie, author William A. Ewing explores the vast genre of flower photography that ranges from simple studies of flower arrangements to surrealist compositions where flowers add to complex montages.

There’s a timelessness to the photos in Antigone Kourakou’s Transfiguration, as if they could be by Edward Weston or Bill Brandt. These often stark images alternate between people—mostly women—and shots of the natural world. Subjects are often posed in a theatrical way as if they seem to want to take root in the earth.

Many of the photos in this book feature an element of surrealism or fantasy, a feeling that things are slightly askew, where subjects function as symbols, and where natural elements take on more power than they appear at first glance. The photos are sequenced in this book as if there is a hidden narrative that repeated explorations will reveal. As the photographer says, “these images are thoughtfully arranged and sequenced throughout with depictions of water, stone, trees, plants, fire, and dilapidated interiors quietly assisting the book’s poetic arc.”

The saturated colors of Curran Hatleberg’s River’s Dream lend a feeling of humidity to these photos, many of which feature water in one form or another. Rivers, swamps, and moisture are all present in this series of photos shot in the dog days of summer.

This series of pigment prints, featured at the 2019 Whitney Biennial, includes photos taken on a number of road trips across the United States, yet they all seem to be the same community. Photos alternate between normal people doing normal things, and odd images of junk and desolation. There is a feeling of immediacy in pictures of people eating together, playing games, and sitting on porches talking. But there is something unsettling in the photos of the beekeeper covered with bees, or the huge snake, first in a marsh, then in a bathtub, then in the hands of a man sitting in a car.

Bill Brandt was born in Germany. He met Ezra Pound in Vienna in the late 1920s, whose introduction led him to assist Man Ray in Paris for several months in 1930. A few years later, he moved to England, where he would make his name photographing the wealthy and the poor, along with many artists.

Brandt’s work, as shown in this exhibition catalog from the Museum of Modern Art, covers several key themes. He photographed London in the 1930s, both the wealthy at home and at play, as well as the working classes in pubs. His photographs in Northern England, from the late 1930s, show stark buildings, grimy miners, and poverty.

During World War II, he photographed the Blitz, both in the streets and in Underground stations where people were taking shelter. In the 1940s, he shot many portraits of famous people; writers, politicians, artists, and others. And his landscape work is memorable for his use of contrast, and his ability to find arresting shapes in the natural world. He also shot many photos of nudes, using stark lighting, exploring the natural distortion of wide-angle lenses, and shooting closeups of body parts. This book is a wonderful overview of the career and varied subjects of one of the most influential photographers of the 20th century.