Into the wild: a selection of the year’s best nature photos

From a chaotic day at the waterhole to starry night skies, the winners celebrate the wonder—and ruthlessness—of nature. 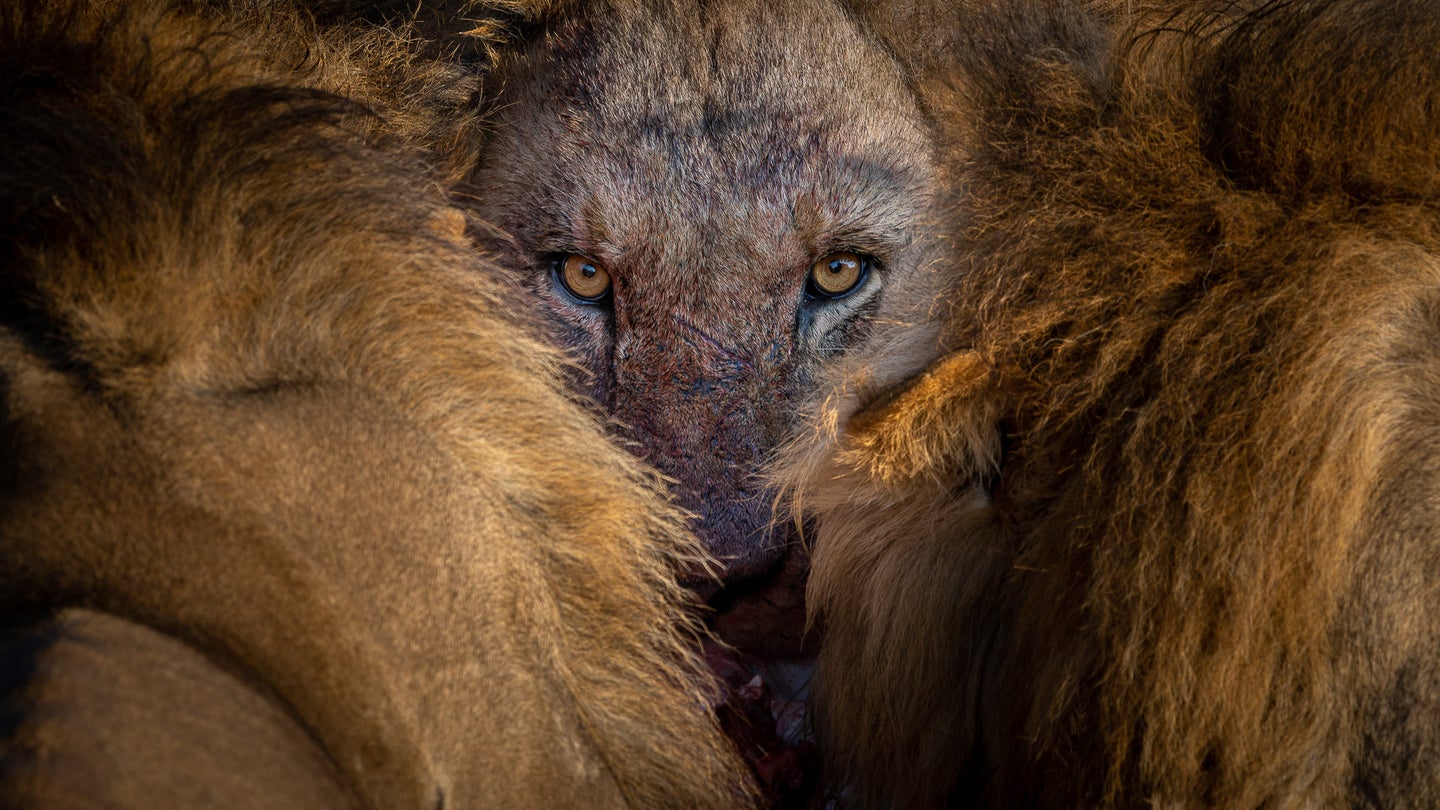 "I see you." Winner of the Wild Portraits category. Tomasz Szpila
SHARE

A caracal trots across a muddy plain, a lifeless flamingo in its jaws. The grisly moment is a juxtaposition to the bird’s vibrant and cheerful pink feathers. Even in death, there is an inherent beauty in nature—and the winners of this year’s Nature TTL Photographer of the Year competition show it all.

What is the Nature TTL Photographer of the Year competition?

The competition is sponsored by Nature TTL, a leading wildlife photography resource that provides tutorials, inspiration, equipment recommendations, and more. Photographers all over the world are invited to submit images into the following categories: Wild Portraits, Animal Behavior, Urban Wildlife, Underwater, Small World Landscapes, The Night Sky, Camera Traps, and The Youth Award (under 16). This year, the Nature TTL Photographer of the Year competition received over 8,000 submissions.

The judging panel consists of seven wildlife photographers from the UK and Australia. Winners are announced for each category, which comes with a £250 (~$304) cash prize. The overall winner receives an additional £1,500 (~$1,821). Here are some of our favorite shots.

Nature TTL Photographer of the Year 2022

The scene unveils the ruthless reality of the wild: A lifeless flamingo, feathers still vibrantly pink, now saturated in blood, hangs from the jaws of a caracal as it trots through the mud.

“We had received word about a serval hunting birds along the shore of Lake Ndutu (lower Serengeti) so we raced over to see,” explains Nature TTL Photographer of the Year Dennis Stogsdill. “Upon arrival, we quickly realized that it was, in fact, a caracal and not a serval, and it was hunting flamingos that were feeding in the shallows. Within a minute of arrival, the caracal started stalking and eventually was successful (in dramatic fashion) at hunting one of the beautiful but unlucky birds. In this image you see the caracal walking off with its prize.”

If facial expressions could tell a story, then the bird on the right definitely has something to say. In this case, the parakeet was giving its fellow bird a talking-to over food.

“Malabar Parakeets are wonderful creatures,” writes the Young Winner Achintya Murthy. “They are also called blue-winged parakeets. They usually flock together and are seen in huge numbers. In the midst of a bunch of activities, it was my privilege to shoot this image from a bird hide. These two are fighting over a stump that had paddy grains as its feed.”

The cheery, robust yellow of a sunflower stands stark against a wasteland. A bolt of lightning flashes in the distance, as if nature is asserting its dominance—and tenacity—in the face of human ruin.

“A thunderstorm passes over a sunflower which, against the odds, has managed to survive on a rubbish dump in the semi-arid Karoo region of South Africa,’ says category winner Bertus Hanekom.

This photo is funny. There’s chaos, color, and just a little bit of mischief flying with the drops of mud, which themselves are perfectly suspended in the air.

The silhouette of a butterfly offers a quiet serenity and air of mystery. It is an impressive entry by Paavan Shah, who earned the title Highly Commended in the Youth category.

Reminiscent of Finding Nemo, this fish (a cousin, maybe?) peeks between the tentacles of an anemone, the shades of green providing a sharp and intense contrast to the fish’s purple and pink hues.

The top of Australia

Against the backdrop of a starry sky, a lone cottage stands, threatened to be consumed by sand or snow.

“This photo was taken during a trip to Kosciusko, the highest point in Australia,” writes category winner Josselin Cornou. “It is also one of the best places to capture the Milky Way, in part thanks to the dark skies.”

Possibility, adventure, and maybe even a little romance exude from this golden fall photo. It makes you want to get out and explore the great wide world.

How to enter the Nature TTL Photographer of the Year competition