This edition of #PopFollows is all about accounts that celebrate and showcase the many wonders of our natural world. 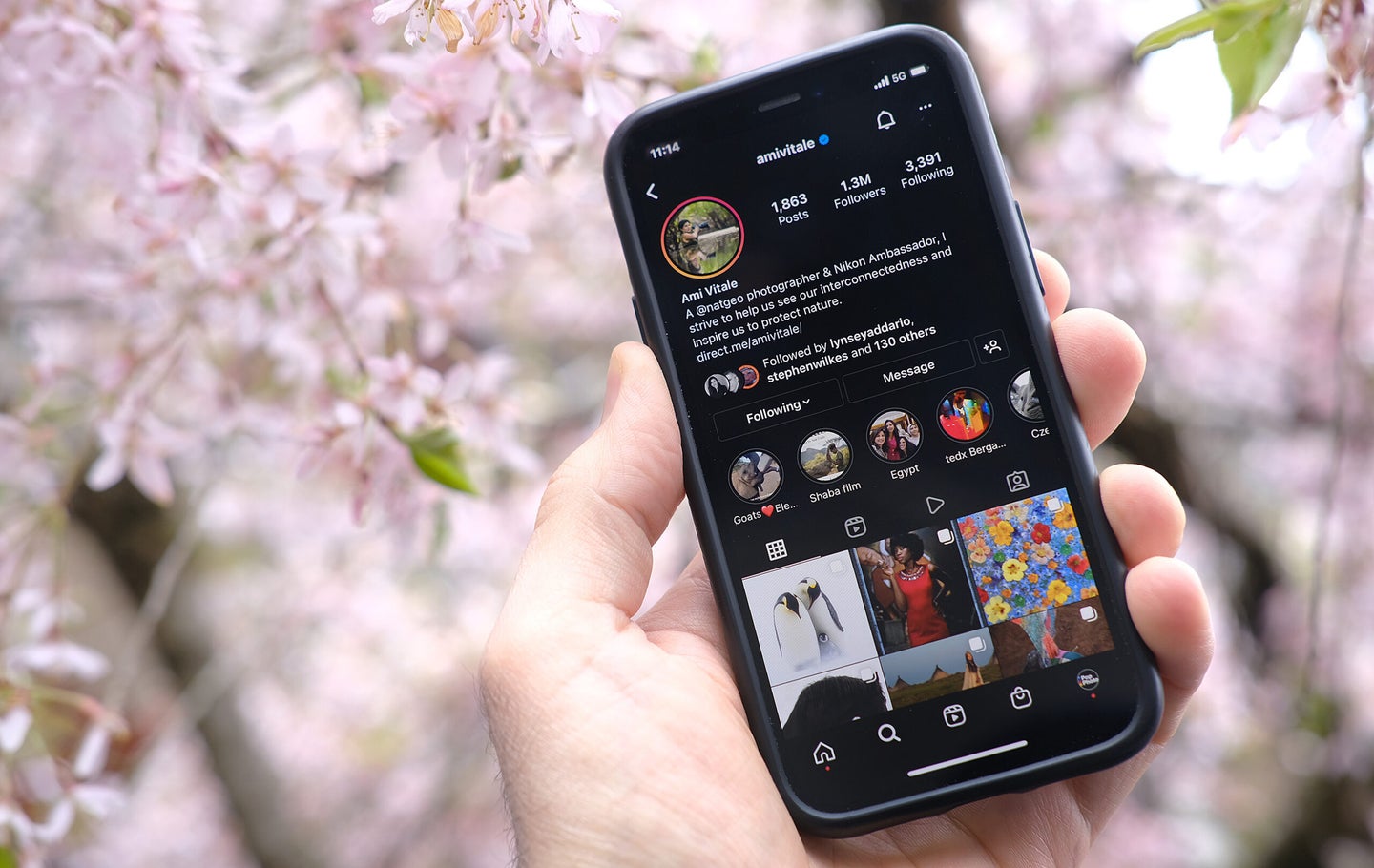 Nature photography has been around ever since the dawn of the photographic process. After all, the very first commercially published book of photographs, by one of the earliest inventors of the medium, William Henry Fox Talbot, was called The Pencil of Nature.

And while many of the subjects of his photographs (calotypes) were still lifes and architecture, there were also images of plants and nature. Since then, as the photographic process has greatly evolved over the decades, so too has an interest in documenting the environment and wildlife that inhabits it.

The photographers below are continuing that evolution in nature and wildlife photography.

David Doubilet has been capturing some of the most stunning and imaginative underwater photographs for almost half a century, from spots around the world. In many ways, his photographs set the high water mark (all pun intended) for creating powerful and meaningful underwater work. One of his current obsessions is to comprehensively document the world’s coral reefs, particularly since many of them are now threatened.

Emilie Hofferber’s feed is filled with breathtaking landscape photos oozing with pastel colors. She shoots much of her work in the western United States and is no stranger to the country’s many national parks—her shots from the American Southwest are particularly magical. If you want to feel like you’re sauntering through candy-coated dreamscapes, we definitely recommend giving her a follow.

Morgan Heim has a knack for creating stunning photos of wildlife and nature. A conservation photographer and filmmaker, her portraits of animals are particularly majestic and always beautifully composed. Heim also offers helpful photographic advice in many of her captions, as she does for this photo. ”Always look to the edges. While so much activity was going on with the horses in the corral, Kelly Stirn started playing with the dog. Often it’s when you look to the sidelines and away from the main stage that you see the life behind the spectacle.”

Sean Parker is a professional photographer and “time-lapse cinematographer” based in Tucson, Arizona with a “strong passion for capturing the beauty in our universe.” His Instagram feed showcases a mix of time-lapses, long exposures, and traditional landscape shots, many of which are captured at night. If you’re a fan of the Aurora Borealis, definitely check this feed out. Parker’s images and videos have also been featured in many publications, commercials, and projects including those for the Smithsonian, Discovery, LG, Samsung, Annapurna Films, the New York Times, and Arizona Highways.

Joel Sartore is the founder of National Geographic‘s “Photo Ark” project. For the past 25 years, he’s been dedicated to documenting “every species in human care around the globe.” And his Instagram feed showcases each new addition to the project, along with information about the species shown. The majority of the creatures are photographed on black or white backgrounds, giving the series a nice sense of continuity. Outside the project, Sartore is an award-winning photographer, speaker, author, conservationist, and in 2018, was named National Geographic Explorer of the Year.

This Canadian photographer, filmmaker, and marine biologist has documented the beauty and the plight of our planet for over twenty years. He is a contributor to National Geographic, a Sony Artisan of Imagery, and he’s won more than 30 awards, including the BBC Wildlife Photographer of the Year and the prestigious World Press Photo for photojournalism. He is also the co-founder, SeaLegacy, a non-profit organization that aims to inspire people to stand up and have a voice for the pristine places threatened by climate change.

Wayne Pinkston had been, by profession, a radiologist. But when he recently retired, he started photographing the stars, or more accurately, the night sky juxtaposed to epic terrestrial landscapes. And his images are, well, epic. Pinkston writes that he “became interested in this field after seeing a few early landscape astrophotography photos on the internet 5-6 years ago. The next year I had the chance to try capturing a few Milky Way images along the North Rim of the Grand Canyon. I was immediately hooked when the first image appeared on my camera LCD screen. For me, there was no looking back.”

The tag line for this magazine’s Instagram feed reads, “It’s a big world, explore it through the lens of our photographers.” And what a list of photographers! These are some amazingly-talented nature shooters, including Michael Yamashita, Robbie Shone, Jonathan Irish, Daisy Gilardini, Babak Tafreshi, and many others. The account also showcases a variety of jaw-dropping reader-submitted work.

Nick Brandt is known for his striking B&W images and much of his recent work on Instagram is part of a series “portraying people and animals that have been impacted by environmental degradation and destruction.” These photographs are mostly made at animal rescue sanctuaries. The animals, Brandt writes, are “almost all long-term rescues, as a result of everything from poaching of their parents to habitat destruction to poisoning.” Since the animals can never be released back into the wild, “they are habituated, and so it was safe for human strangers to be close to them, photographed together in the same frame at the same time.”

This award-winning photojournalist, National Geographic photographer, writer, filmmaker, and activist has covered many stories over the span of her career. In recent years, one of the most heartbreaking stories was about the death of Sudan, the world’s last male northern white rhino.

Her Instagram feed is filled with powerful images from the stories she’s worked on, which are not only about the beauty and power of nature and the animal kingdom but also about conflict. For Vitale, there’s a connection between the conflicts taking place between human beings, and what’s taking place in the natural world. “Those years in war zones led me to an epiphany: Stories about people and the human condition are also about nature. If you dig deep enough behind virtually every human conflict, you will find an erosion of the bond between humans and the natural world around them.”