The commercial photographer and filmmaker believes strongly in helping “the tide raise all boats.” 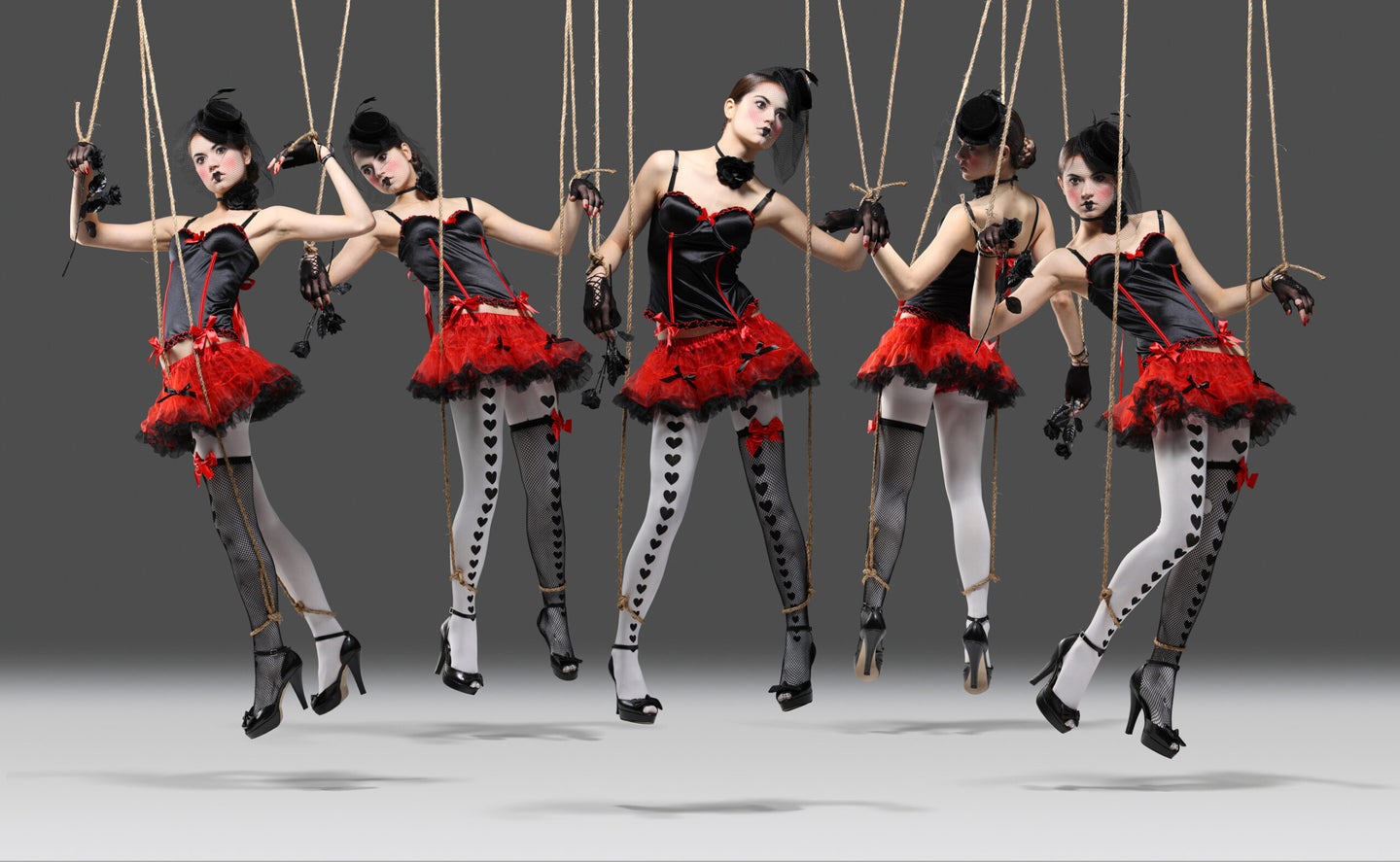 Bruce Dorn’s big break in the photo industry was utterly unexpected. He’d submitted some work to a college competition run by Conde Nast, ended up winning, and before he knew it, he was working as a guest art director for the company.

“Prior to winning that contest, I was working in a gas station,” says Dorn, now a member of Canon’s Explorers of Light. “I was a tune-up guy, paying my way through art school.”

Since that unexpected big break in the early ‘70s, Dorn has worked in every facet of the commercial photography industry—fashion, automotive, aerial, underwater, cinematography, and digital effects design. But these days, it’s mentoring the next generation of creators that he finds most exciting. Here Dorn talks with us about his career trajectory and the joys of mentoring others.

Over the course of your career you’ve gotten to do a little bit of everything—how have you avoided being pigeon-holed to one type of work?

I think of myself as a general practitioner or a specialist in a bunch of things, and it was figuring out how to become a specialist in a bunch of things that made me have a really long career. I knew a lot of people with five-year career arcs who came in, were really awesome at some particular thing, and then they were gone. I signed onto the process of reinvention pretty early on. So anytime I was getting a good response to something, I would be moving on to something else. If possible I would also cross-train—work between tabletop, automotive, food and beverage, comedy, whatever else. I kept those skill sets separated in the perception of my customers. Nobody wants to go to a general practitioner for brain surgery—but you could be a brain surgeon and still be a general practitioner. I tried to figure out how to get pretty good at a bunch of different types of work. Back in the day, I had multiple sales reps who would shop my reel, and my photography around to very individual disciplines.

So the people who were hiring you for fashion work at the time were only seeing your fashion work, not necessarily all the other things that you were doing?

Yes, exactly. But then there was a way to cross it over. If you were going for a luxury automotive brand, you wouldn’t hide the fact that you had fashion photography experience. I think it really comes down to the fact that opportunities would pop up and I tended to say yes to a lot of different kinds of stuff. I pursued a lot of different kinds of stuff, throwing spaghetti against the wall to see what sticks. That led to some pretty interesting work.

I never expected to be a fashion photographer and suddenly I was. And that was just the beginning of it. I think it was in 1973 I won a college competition put on by Conde Nast. I became a guest art director at Conde Nast and got to work with some really cool photographers.  But prior to winning that contest, I was working in a gas station. I was a tune-up guy, paying my way through art school. I didn’t expect it. It was a really unusual turn of events that got me into the business.

At what point in your career did you start taking on video projects?

I think about ‘78, I was teaching at Herron School of Art in Indianapolis in the design department, freelancing as a stills photographer, and doing stringer work for all the titles at Time-Life. I started getting some agency work there and quickly gained a reputation as somebody who knew how to use light—how to design it, sculpt it, and all that. Because of that, the creative director asked me to be the lighting director on a TV commercial that they had given to a local production company. I had a good impact on the project. And then I was given some opportunities. It was just the tiniest bit there. Then I was working in Scottsdale in 1980, where I connected with a local commercial director, and he needed a cameraman. He called my studio one day and asked if I shot film. I said ‘sure,’ thinking what else is there than film? The conversation goes forward and it ends up he’s talking about hiring me to do a campaign for Blue Cross Blue Shield, but to film it. Again, I just say ‘yes’ a lot.

That’s the Cliffs Notes version of it. I got a couple of breaks to learn the ins and outs and differences between the machines, the cinema cameras and still cameras. And then, actually maybe the very first or second project I did as a production company, got to the Clio Awards. And I had my butt handed to me by a big special effects house, the biggest special effects house. They won it but they offered me a job as creative director. I joined the company and was creative director there and got to work with [impressively] capable motion picture cameramen over the years and learned a lot from that.

How do you think your experience as a stills photographer helped you when you crossed over to motion pictures?

Oh, it was everything except the motion—that’s not to diminish the component of the motion. The motion is where it’s at. With a still photograph, you have to compose one good frame and catch that decisive moment, if it’s a decisive moment type situation. With movies, moving pictures, the subject’s moving or the camera’s moving. So there’s always something going on. As soon as you start getting the camera in motion, now we separate the dilettantes from the rock stars in terms of compositional skills, because you have to have a great composition at the beginning of a shot and at the end of the shot. It’s all about the frame. And it’s specifically about the horizontal frame, being able to show height. You’ve got to run a tight ship compositionally with a cine camera.

More recently you’ve been very involved in mentoring, how has that been for you?

That has been [extremely] gratifying—being able to hand over some tidbits of hard-won, I won’t call it wisdom, but hard-won knowledge and seeing them put it to work.

The industry has obviously changed a ton since you got your break. What sort of career advice are you offering to your mentees about how to survive in this industry now?

I tell them it’s about not becoming overzealous with the acquisition of equipment. It’s learning to use your tools well. It’s understanding that story drives everything. It’s figuring out your voice and it’s just making yourself attractive to the potential buyer. For commercial photographers and filmmakers, you’ve got to develop a style that is yours so it’s, I won’t say predictable, but it’s recognizable and it proves that you didn’t just stumble into a couple of nice-looking samples.

It’s being extraordinarily professional, accurately promising and fulfilling your promises, being a good business person, but always maintaining the fact that the business is there to support the artist. Commercial work is a mechanical art form and it’s a business art form. So you’ve got to pay attention to all of those things.

How is mentoring different for you than offering workshops or seminars?

It’s a one-on-one situation, that’s the joy of mentoring. I’m so high on mentoring these days.

The joy is coming to know that emerging artist or that emerging business person—the mid-career version of that—and coming to recognize who they are, and [then] just adding horsepower. [You’re] not changing their direction, just helping them achieve whatever they’re trying to achieve. It’s never the same thing twice. And it’s actually useful to be old in this situation and filled with bitterly-won experience because although things have changed dramatically, I’m still playing at as high of a level as I want to play at. I’m enjoying getting great projects and I know that [other] people can do that. It’s just a matter of sort of becoming the hyper-realized version of yourself and putting it out there.

The process of teaching is one that helps to crystallize the knowledge for yourself. So I really get a kick out of going back and just having to readdress things like subject blur versus freezing action, all of the basics. When you revisit them more consciously than just using them as tools, and try to use some of these techniques that less experienced folks have not experienced, it’s an opportunity to rebrand yourself, recreate yourself, and reinvent. I end up getting reenergized by seeing the world through somebody else’s eyes, and introducing them to opportunities reintroduces me to opportunities.

How do you connect with the people you end up mentoring?

It often starts at workshops. If I respect their work and what they’re doing, and they’re talking a good ball game, then I’ll just ask them when they’ve got something going on. That’s the way it starts. Then I’ll get them to assist me or I’ll assist them. It’s just about trying to build community and treating it as a non-competitive thing—just trying to make the tide raise all boats.

What advice would you offer to someone who is looking for a mentor?

Never underestimate the value of the camera clubbers—the people who just love taking pictures but don’t have any intention of making it professional. There are some unbelievable gems in that bunch, some of them are extremely dedicated. I know some dedicated amateurs that have put a lot of pros to shame. Just hanging around and shooting the breeze with these people can end up being very useful. If you have nowhere to go, I would say try the local camera club. They’ll probably be the nerdiest bunch on the planet but they’re also lovely and most likely willing to share some information too.