From majestic migrations to bullish brawls, these are the Bird Photographer of the Year winners

Not to ruffle any feathers, but these are the best bird images of the year. 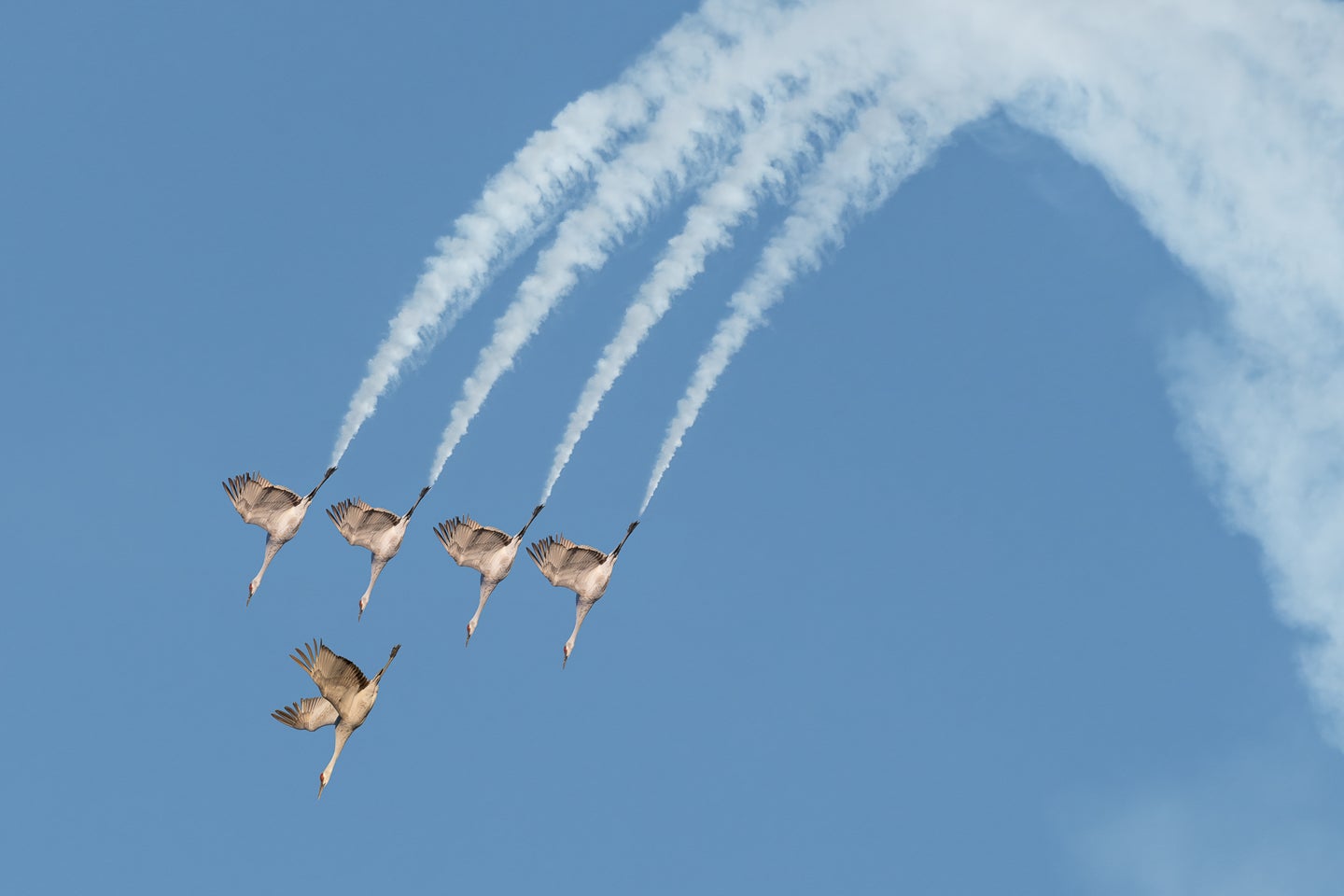 Related: All things avian: our favorite reader-submitted Photos of the Day

About the Bird Photographer of the Year awards

The competition garnered over 20,000 submissions competing for the grand prize of £5,000 (USD $5,797) and the title of Bird Photographer of the Year. Gold, Silver, and Bronze prizes are also awarded in every category, of which there are eight: Best Portrait, Birds in the Environment, Attention to Detail, Bird Behavior, Birds in Flight, Black & White, Urban Birds, and Creative Imagery. There is also a Conservation Award, Portfolio Award, and Video Award. The goal of the Bird Photographer of the Year awards is to not only celebrate avian life but to also highlight the need to protect it.

“Once again our talented photographers have cast a light on the incredible diversity of bird life that we share our planet with,” says Will Nicholls, Director of Bird Photographer of the Year. “But it is also a stark reminder of what we stand to lose if we don’t continue to look after the natural world and fight for its protection from the many threats that exist today.”

Bird Photographer of the Year

Norwegian photographer Erlend Haarberg took home the top prize and won the Birds in the Environment category with an image of a Rock Ptarmigan soaring over snow-capped mountains.

“High up in the mountains, the wind, snow, and cold maintain the iron grip of winter for many months on end. This is where Rock Ptarmigan thrive in an endless white landscape,” says Haarberg. “On this particular winter’s day, I was on my way to a mountain top. I had almost reached the summit when I spotted some ptarmigan tracks in the snow. Soon a bird took flight, with the dramatic backdrop showing what a harsh environment this bird calls home.”

Young Bird Photographer of the Year

Though the weather for this particular trip was less than ideal, Young Bird Photographer of the Year Levi Fitze made the most of it.

“When I saw a group of Dunlin struggling with a small sandstorm, I decided to risk my equipment and attempt to photograph them,” Fitze shares. “I could really see on their faces how annoyed they were by the wind and sand flying everywhere.”

Mention a King Penguin and a striking tuxedo coat may very well come to mind. Attention to Detail category winner Andy Pollard offers up a different perspective with an image of a penguin chick fast asleep.

“While most images of King Penguins seem to be of striking adult birds, there is a definite cuteness to the chicks in their brown ‘teddy bear’ plumage,” Pollard writes. “This chick was asleep at Volunteer Point in the Falkland Islands, and I took the opportunity to capture the details around the beak, eye, and ear, the latter seldom seen.”

Strut like you mean it. Ly Dang took home the Gold Award in the Portrait category for this humorous image of a Sage Grouse putting on a show.

“I arrived at the lek more than an hour before the birds so I could set up my hide without causing disturbance. Similarly, with the best interests of the birds at heart, I packed up the hide only when the last bird had left the area,” Dang recounts. “In previous years I had tried to capture this type of portrait shot but had been unsuccessful. However, on this particular morning my luck changed when this bird wandered close to my hide in full display. The photograph was taken without using baiting, calls, lures, or unethical practices of any kind.”

Don’t get in the way of these birds. A Sage Grouse is ready to put up a ferocious fight to win a lady. Peter Ismert won the Bird Photographer of the Year’s Bird Behavior category for this electric capture.

“They have an elaborate display designed to attract and impress females and show their superiority; inevitably this leads to a rivalry between males and challenges on the lek.”

“Large areas of Australia are flat, dry, and given over to wheat farming. Towns can consist of as little as a truck stop and a collection of grain silos. In some locations, these silos have become popular palettes for enormous murals, drawing tourists into otherwise desolate areas,” Slater explains. “I passed through Yelarbon and stopped for two hours to photograph the Galahs that are attracted to spilt grain. The results were so pleasing and surreal that I made the seven-hour trip on a subsequent weekend to have another go, only to find that a mouse plague had moved in and the silos were being fumigated—no Galahs.”

Two worlds collide in Henley Spiers’ image, which won the Bird Photographer of the Year black and white award. Sky and sea meet for a breathtaking capture.

“Ten meters down, I found myself hovering between two worlds. Below, an enormous school of fish covered the bottom as far as I could see. Above, a single Double-crested Cormorant patrolled the surface, catching its breath and peering down at a potential underwater feast,” Spiers shares. “The cormorant, better designed for swimming than flying, would dive down at speed, aggressively pursuing the fish. The school would move in unison to escape the bird’s sharp beak, making it difficult to isolate a single target. More often than not, the bird returned to the surface empty-billed, and peace would momentarily be restored.”

Head in the clouds. A flock of Greater Flamingos cruises above the skyscrapers of Abu Dhabi, which are engulfed in an ethereal mist.

“At the time it seemed a bit like a fantasy, a fleeting moment made surreal as the birds unexpectedly flew past,” Ahmed says. “Fortunately, I was prepared for action and my zoom lens allowed me to frame the birds and capture the moment.”

Swoops and swirls, birds in flight, and hope of possibility. Photographer Petro Katerynych shares the deep meaning these White Storks hold for the people of Ukraine.

“In Ukrainian mythology White Storks symbolize faithfulness and strength of spirit. White Storks are seen as a symbol of love for their motherland. When spring arrives and storks return home, Ukrainians young and old go out into the streets, greet the birds’ arrival and sing traditional songs called Vesnyanki in celebration,” Katerynych explains. “Storks also set a good example and serve to remind Ukrainians how important it is to love our homeland. They fly thousands of kilometers to warmer lands when there is a bitter winter. But they always come back, overcoming all the hardships that beset them on their journey. We believe that love for their native land gives the storks the strength to survive and return home. My fellow Ukrainians are facing a similarly challenging task right now—once again they must defend their native nests, while some are forced to rush like storks in the direction of the sun. Many of us will fall, but I hope that spring is ahead of us. I believe that most of us will live to see the return of White Storks circling overhead in the peaceful skies of a free Ukraine. Then we will all rally together, and sing Vesnyanki once more.”

How to enter the Bird Photographer of the Year award

Submissions for the 2023 Bird Photographer of the Year awards open on September 9, with a deadline to submit by December 11. The contest welcomes both amateur and professional photographers of all ages worldwide. See the website for updated information.