Adventures in the outback: Winners of the 2022 Australian Geographic photo awards

A charismatic great white; a feasting fantail; frozen succulents in an alpine lake: these are some of our favorite shots from Australian Geographic's annual nature photographer contest. 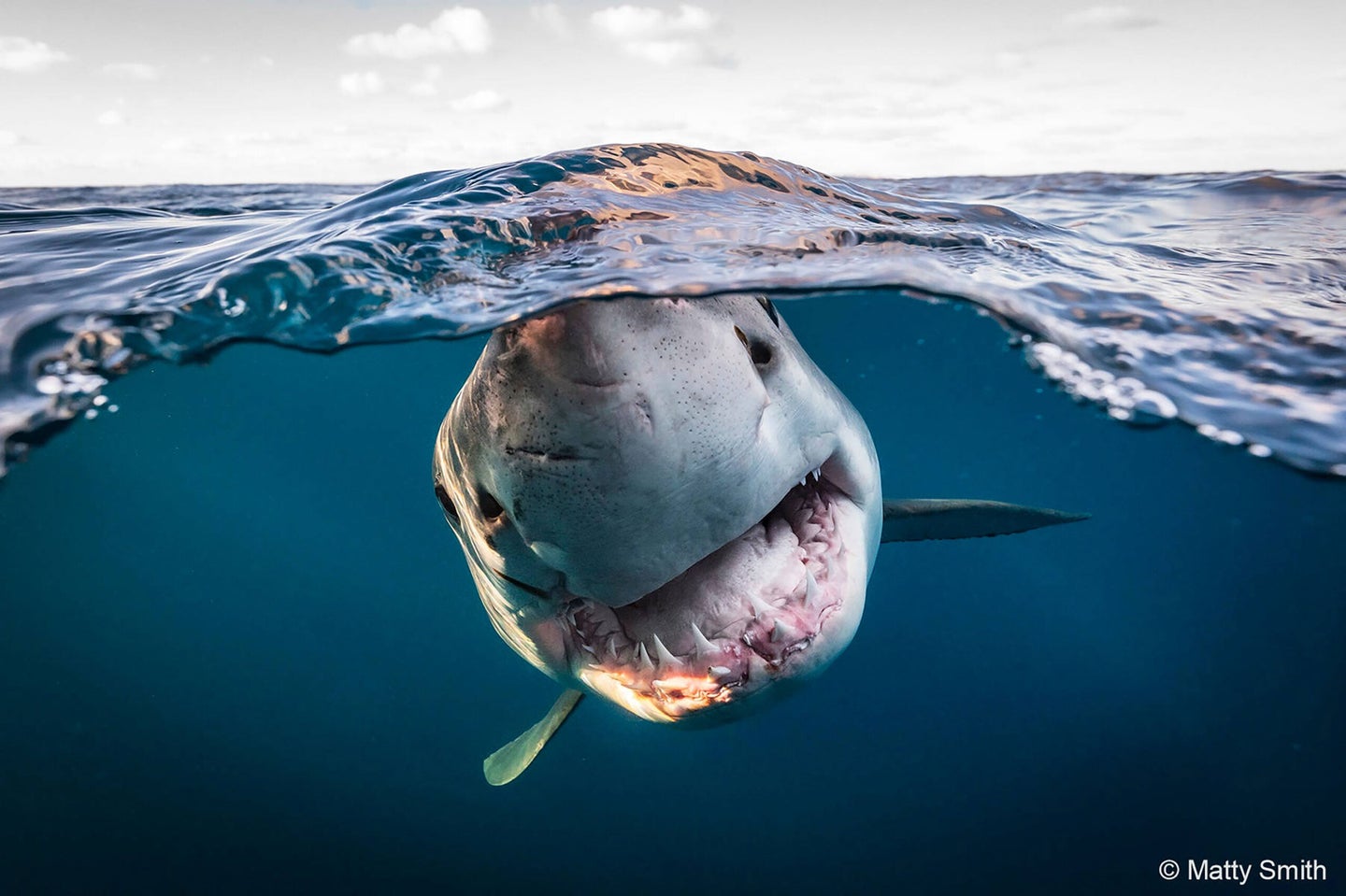 The skeleton of a tree rises towards the Milky Way. Sharks encircle the carcass of a dead whale. Tiny critters search for a snack. These scenes are among the winners and finalists of the 2022 Australian Geographic Nature Photographer of the Year awards. They invite us to appreciate the harsh beauty of nature while pondering our own impact on the environment.

About the Australian Geographic Nature Photographer of the Year awards

The Australian Geographic Nature Photographer of the Year awards are open to all photographers. Submissions can be shot on film or digital cameras but must feature only flora, fauna, and natural land/sky formations shot in the ANZANG (Australia, New Zealand, Antarctica, and New Guinea) region.

There are nine categories to which photographers can submit up to four images each: Animals in Nature; Urban Animals; Botanical; Landscape; Threatened Species; Monochrome; Our Impact; Astrophotography; Portfolio (six images on a theme); and Junior (under 18).

The overall winner receives A$10,000 in cash and a holiday sponsored by Coral Expeditions. Various cash prizes are also dispersed to category winners and runner-ups. The Australian Geographic Nature Photographer of the Year awards are managed and produced by the South Australian Museum; the winning work is on display through October 30.

Here are some of our favorites from the bevy of striking images.

Ashlee Jansen took home the top prize with this image of a humpback whale carcass, which dwarfs the sharks now feeding on it.

“The beauty of the image lies in its artful circular composition, seen in the curves of the whale’s skeletal ribs mirroring the patterns in the sand, keeping our eye within the frame moving between the living and the dead,” the jury writes.

Paul Weston captures a gray fantail bird feasting on insects. He recounts the bird diving into the frenzy from its perch on a tree. Looks like there were some good eats.

“When I saw this scene that night, it was as if the tree and the Milky Way were somehow connected despite the distance,” Perry writes.

Persistence or defeat? The ambiguity piques interest. Photographer Adam Resch reveals, though, that it is defeat. “A mat water milfoil dwarf succulent creeping species succumbs to the winter freeze near an alpine lake,” he says.

Cian O’Hagan’s image dazzled the Junior category with a blurry, action-filled photo of one of the country’s most iconic animals.

“I used a slow shutter speed to obscure the form and to capture the power, grace, and speed of this national symbol,” O’Hagan explains.

Sometimes, B&W is just what you need to enhance a scene. Charles Davis’ image of Pacific black ducks foraging for food on an icy lake uses monochrome magnificently to convey a chilly, bare, stark winter.

Yes, that’s a kangaroo claw. Yes, that is a barbed-wire fence. This category explores human impact on nature, good or bad. Unfortunately for this kangaroo, this circumstance was likely fatal.

“While trying to jump fences, kangaroos sometimes get their feet snagged on the wire. Their upper body flips toward the ground, tangling their legs in the wires. Known as ‘fence hanging’, the individual has no way of getting up or freeing itself and usually dies, unless a human can free it,” photographer Alan Kwok writes.

In Jake Wilton’s image, a hungry whale shark swallows a mouthful of fish. This is a rarely photographed spectacle and one that requires quite a bit of luck on the part of the predator.

“A whale shark engulfs a bait ball of fish on the Ningaloo Reef,” Wilton describes. “Little is known about this behavior, as it is so rare only a handful of records exist. The sharks are too slow, so must rely on the efforts of other predators such as tuna to catch them.”

Cute critters are on the move for some tasty morsels left behind at a campsite.

“Despite the decimated population and range of the critically-endangered woylie, some have become habituated around campgrounds and scavenge for any morsels left behind by campers,” photographer Ethan Mann explains. “After observing one approach our campsite during dinner, I set up a motion-triggered camera beside the fire pit where our dinner crumbs had been thrown.”