How to safeguard your camera gear from theft

A rash of recent robberies in San Francisco and elsewhere are a reminder to be aware and prepared. 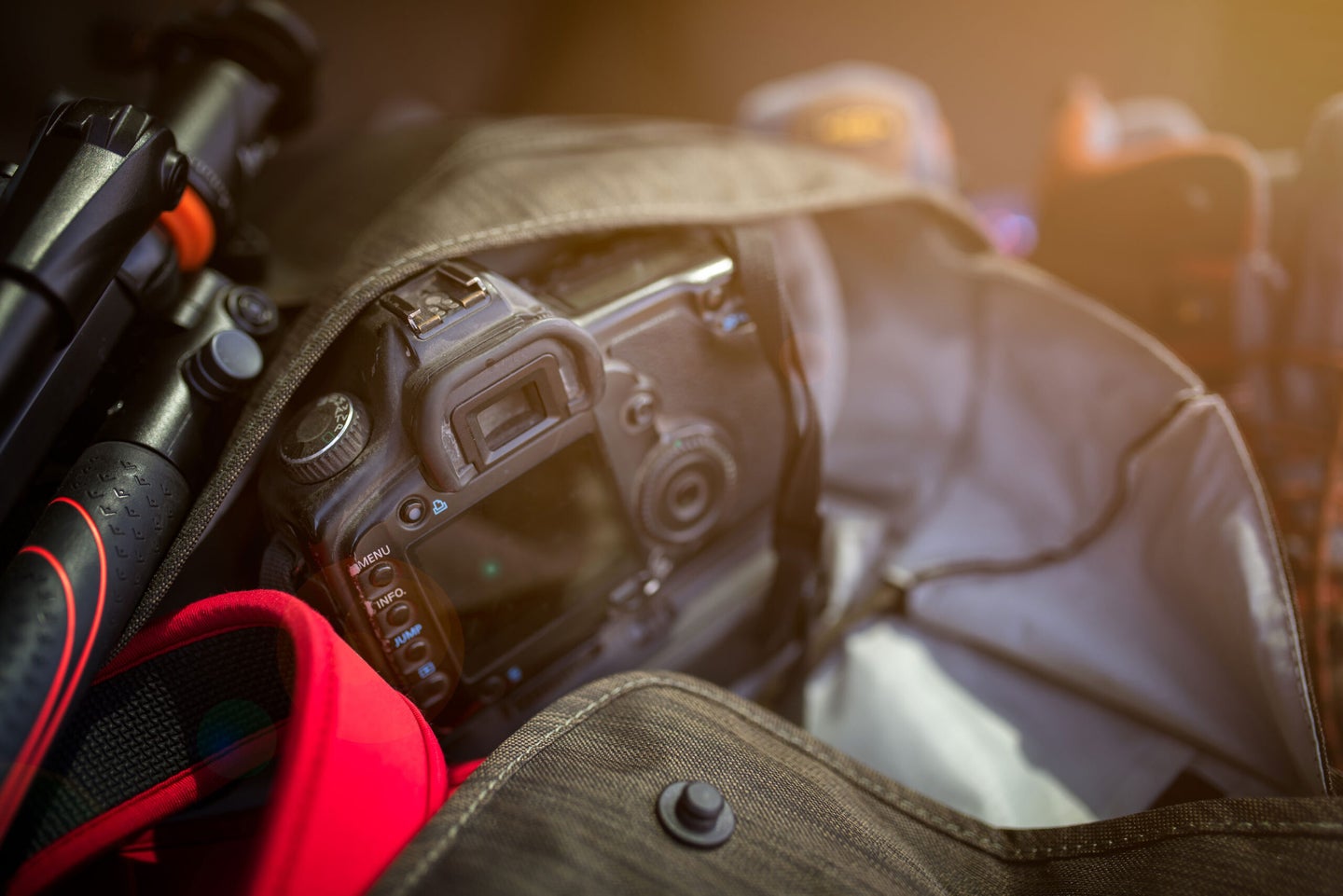 Keep your gear and yourself safe with these tips. Getty Images
SHARE

A new report by ABC 7 News in San Francisco has revealed where a lot of stolen electronics—including cameras—are sold. It’s a good reminder that expensive camera gear is very easy for thieves to sell, which makes it such a tempting target. You can check out the full video to see it all in action, but more importantly we’ve gathered up our best advice for safeguarding your kit.

What’s going on in San Francisco?

Whether it’s down to large amounts of media coverage or genuine underlying social issues, San Francisco seems to have an outsized camera theft problem. It’s not that photographers aren’t at risk everywhere, but in San Francisco they seem to be targeted more deliberately.

Here at PopPhoto, we covered a photographer being followed home from the Golden Gate Bridge and robbed at gunpoint just a few months ago. Our colleagues at Petapixel have paid even more attention to the issue, covering the Canadian camera crew that got robbed at gunpoint last month, a San Francisco Chronicle photographer getting robbed (also at gunpoint) while on assignment, and a woman who got shot after refusing to give up her camera gear—all in the last year. One Petapixel contributor even had his camera stolen while it was rolling.

The report from ABC 7 adds an important bit of context to all this. It shows how easy it is for thieves to sell stolen cameras, laptops, and other expensive electronics at the side of the road—sometimes within an hour of the robbery taking place. Sadly, it also shows how little the police are able to do about it. It’s no wonder that photographers, who can easily be carrying thousands of dollars worth of equipment, are such lucrative potential targets.

Your gear is not worth your life

No amount of photography gear is worth losing your life over. As a European, one of the things I find most concerning about all the reports of camera theft from San Francisco is that many involve a gun. Just in the news stories linked above, one person was shot and another had their family members shot at. It’s hard to deny that—particularly in the US—there is a very real risk of getting hurt in a camera gear robbery. If someone does threaten you, hand over your gear and walk away.

Similarly, very few photographs are worth risking your life—or your gear—for. The point of this article isn’t to say “no one should take photographs in San Francisco,” but it’s pretty clear that popular photography spots, like the parks overlooking the Golden Gate Bridge, are riskier environments, and so you should weigh up your options when planning your shots. If something doesn’t feel right, walk away.

How to protect your camera gear

Whether you’re in San Francisco or any other city, there are some simple, sensible steps you can take to lower the risk of getting robbed. I’ve traveled the US, Mexico, Europe, and Southeast Asia with my camera gear without ever having anything stolen.

Be discreet. Don’t advertise you’re a photographer. If you’re in a busy or potentially risky environment, don’t keep your camera out. You might miss a few photos, but you lower your chances of being robbed.

Conceal valuables. Don’t use an obvious camera bag and, where possible, hide other gear like tripods. A normal looking messenger bag—I use the Peak Design Everyday Messenger—just fits in better in most places. When I’m bringing a tripod, I often wrap it in a sweatshirt.

Carry selectively. Don’t bring all your gear everywhere. If you know you probably won’t need a certain lens or your flashes, leave them at home. At least then if you do get robbed, you won’t lose everything.

Downgrade your kit. Bring an old camera as a travel camera. I still shoot with a Canon 5D Mark III but when I upgrade to an EOS R, I’ll keep it as a beater camera for riskier situations.

Pay attention to your surroundings. It’s easy to get caught up working an image, so make sure to keep checking your environment. If someone appears to be paying you undue attention, walk away.

Don’t shoot alone. Go with your partner, a friend, or another photographer. You’ll be less of a target and someone is there to help out if things do go wrong.

Insure your gear. You might need specialized camera insurance to cover everything, but if you photograph a lot, it can be worth it. At least that way, if a disaster happens, you can recover.

And no matter what, don’t take silly risks, don’t try and defend your camera gear, and if someone holds a gun in your face, hand them your camera and walk away.