Cameras and lenses don't offer features to deter thieves, like pass codes, or GPS trackers. But one photographer is trying to change that. 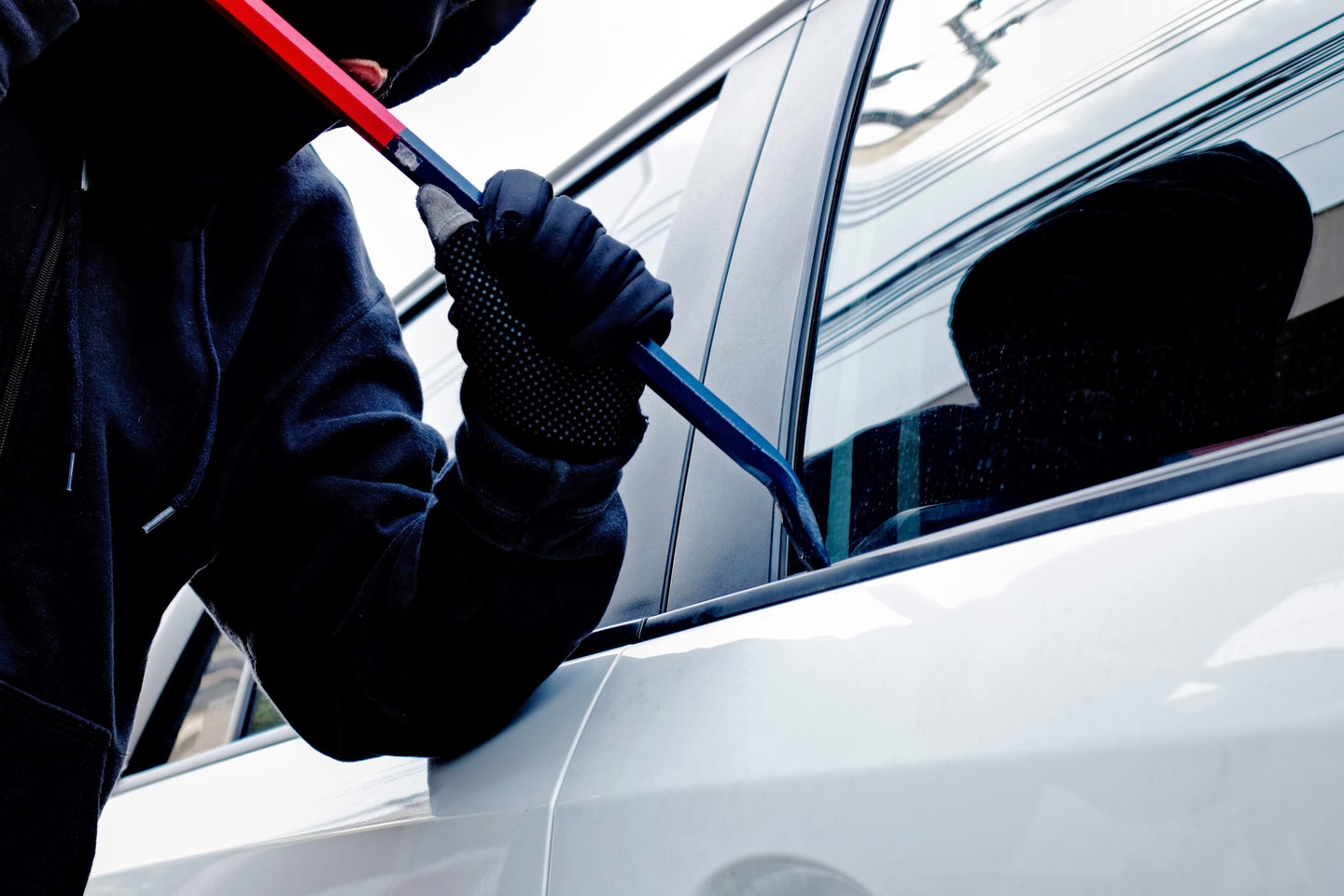 Gear theft is a photographer's worst nightmare. And once your gear is taken, there's little way to protect it from use or track it down. Getty
SHARE

San Francisco-based photographer Louis Chan was robbed at gunpoint late last month after being followed home from a shoot at the Golden Gate Bridge. He told his full story in a video on Tony and Chelsea Northrup’s YouTube channel (who he happens to be friends with), and now he’s started a petition calling for camera manufacturers to do more to protect photographers from gear theft.

Chan and a friend were shooting photos of the Golden Gate Bridge in the fog from Battery Spencer Overlook when they noticed two men watching them. They ignored them and headed home at around 8 p.m., 40 minutes after sunset.

The drive home—including a stop to drop his friend off—took Chan around an hour. When he got back to his house, as he was parking his car, a man approached his front window and knocked on it. Chan rolled the window down “just an inch” and the guy asked, “Which direction is the freeway?” He quickly realized something suspicious was happening as a second man walked past the window to the back of the car.

Chan immediately locked the car and started honking on the horn to attract attention. As he did so, the man at the rear of the car broke the back windshield and grabbed Chan’s camera bag.

Chan, panicking a bit at this point, put his car into drive and tried to chase down the thieves. He was stopped from running them down by some cinderblocks in his driveway, but he managed to ram their getaway car (despite his Tesla doing its best to prevent the collision).

At this point, things escalated further. One of the thieves pulled a gun and pointed it at Chan. As the thief got into the getaway car, Chan’s neighbors and family were running to see what was happening. The thief fired a single shot at the approaching people, before the pair drove off.

Thankfully, no one was hurt. Chan’s Tesla and security cameras were able to record almost all of the incident and capture the getaway car’s licence plate details. The police quickly responded and later took the shooter into custody (who already had a criminal conviction for robbing a photographer). Although it seems they have yet to catch the second thief.

It’s worth stressing here that Chan acted incredibly dangerously. While his actions were instinctual, he escalated the situation from a simple theft to attempted murder. This isn’t to blame Chan—but to say that if you are being robbed, you should not take this as a model for how to respond.

Chan’s story, while certainly dramatic, is not unique. A quick Google search turns up dozens of different stories—including some where the photographer gets hurt or killed.

Being robbed is most photographers worst fear for a good reason. I’ve personally noticed people eyeing up my camera when I’ve been on shoots. Though thankfully have yet to find myself in a situation like Chan’s.

The problem, as Chan points out in his Change.org petition, is that “camera gear is the perfect thing to steal. It is of high value, holds its resale value, and is compact and easy to conceal.”

While smartphone, laptops, and lots of the other tech gear that people carry around used to be a popular target for thieves, the increase in fingerprint or facial recognition locks, encrypted hardware, GPS tracking, and remote disabling has meant they’re much harder to resell, and thus often not worth the risk.

Camera gear, however, has no security features of note. Anyone can take a camera and start shooting with it straight away. Likewise, anyone can steal a lens and use it with another camera of their choosing.

Camera manufacturers could do more

Chan’s petition is calling on camera manufacturers to do more to protect photographers and their gear. He has a couple of reasonable suggestions on ways they could do it, including:

He also had some other suggestions that would take a lot more work, like:

But whatever the specifics of Chan’s suggestions, let’s make one thing clear: camera manufacturers absolutely have the capacity to make cameras more secure. Modern digital cameras are computers—they have high powered processors, and many have GPS and networking capabilities. Giving photographers the option to add a passcode at the very least is not unreasonable. And if you agree, go sign the petition! I have.