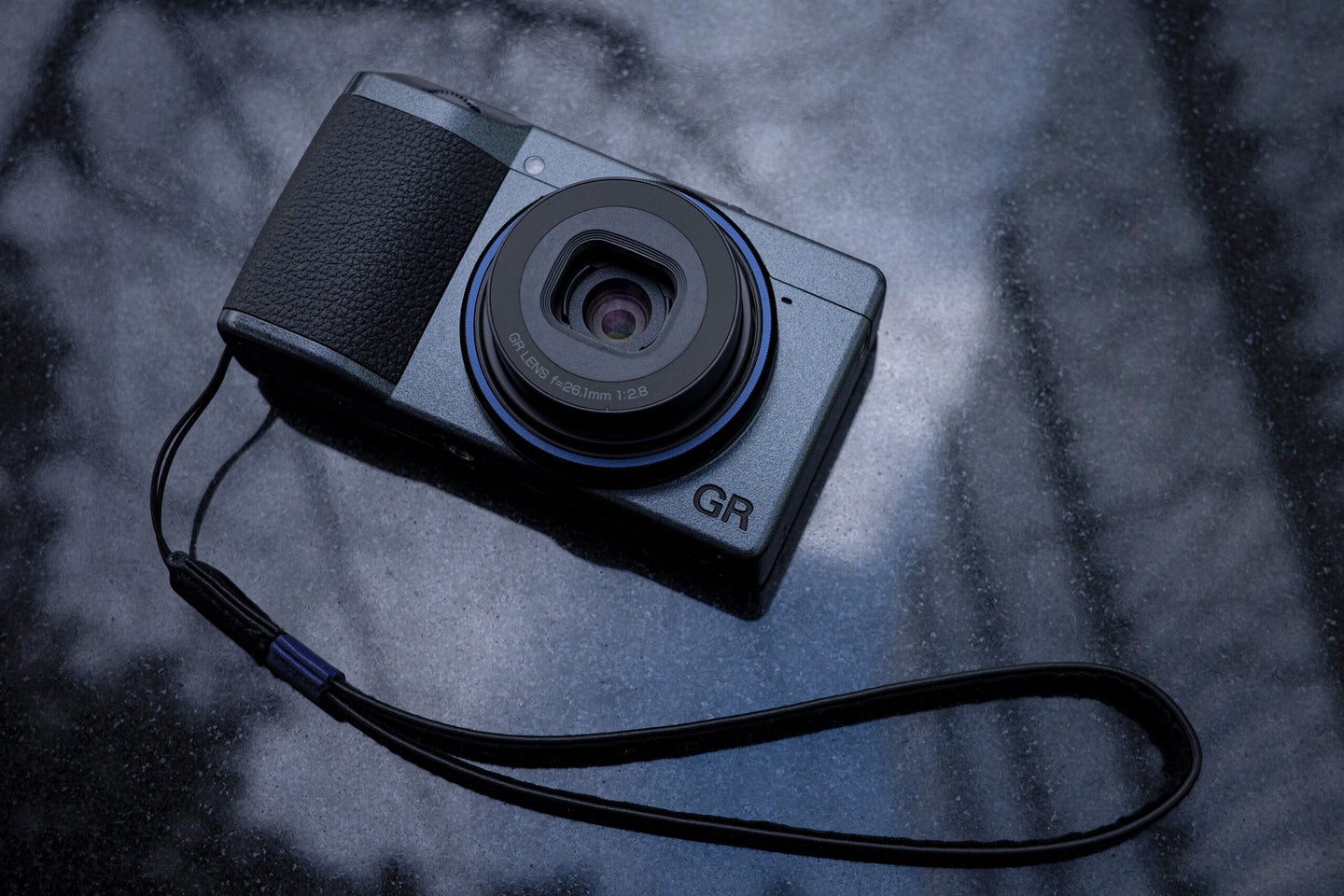 Ricoh is releasing a new limited edition version of its popular GR IIIx compact camera that features a striking blue and gray paint job, along with revamped exposure and focus modes. The new Ricoh GR IIIx “Urban Edition” kit includes the camera along with a leather hand strap and a metallic hot shoe cover. It will be available next month for $1,099.95—that’s just $100 more than a standard GR IIIx.

Ricoh Japan says 2000 units will be made, and a camera-only version (i.e. with no leather strap or hot shoe cover) will be available this summer. Photographers using the standard GR IIIx will gain access to these exposure and focus updates next month via a firmware update.

According to Ricoh, the navy-blue and metallic grey colors were inspired by the deep blue and grey colors that are often seen in street photographers’ frames from urban locations. Although we’ll admit that we love the aesthetics of this limited-edition GR IIIx, the most exciting updates are on the inside.

Ricoh has introduced three new focus modes as well. “Auto Area AF(Center)” uses the nine focus zones around the center of the image sensor rather than the entire image field. “Enable AF mode shutter-release” allows photographers to lock the AF system without locking the AE system when pressing the shutter down halfway. Finally, “Snapshot Mode” lets users set the focus mode to 11.5 feet, which can be accessed by a long press on the monitor. All four of these new settings will be available via a firmware update next month for existing GR IIIx shooters (no word if GR III customers will also get the update).

The GR IIIx Urban Edition kit with the leather hand strap and metallic hot shoe cover will be available in April 2022 for $1,099.95. A camera-only version will be available this summer, pricing to be announced.