If Batman shot Pentax, this is the camera he'd use. 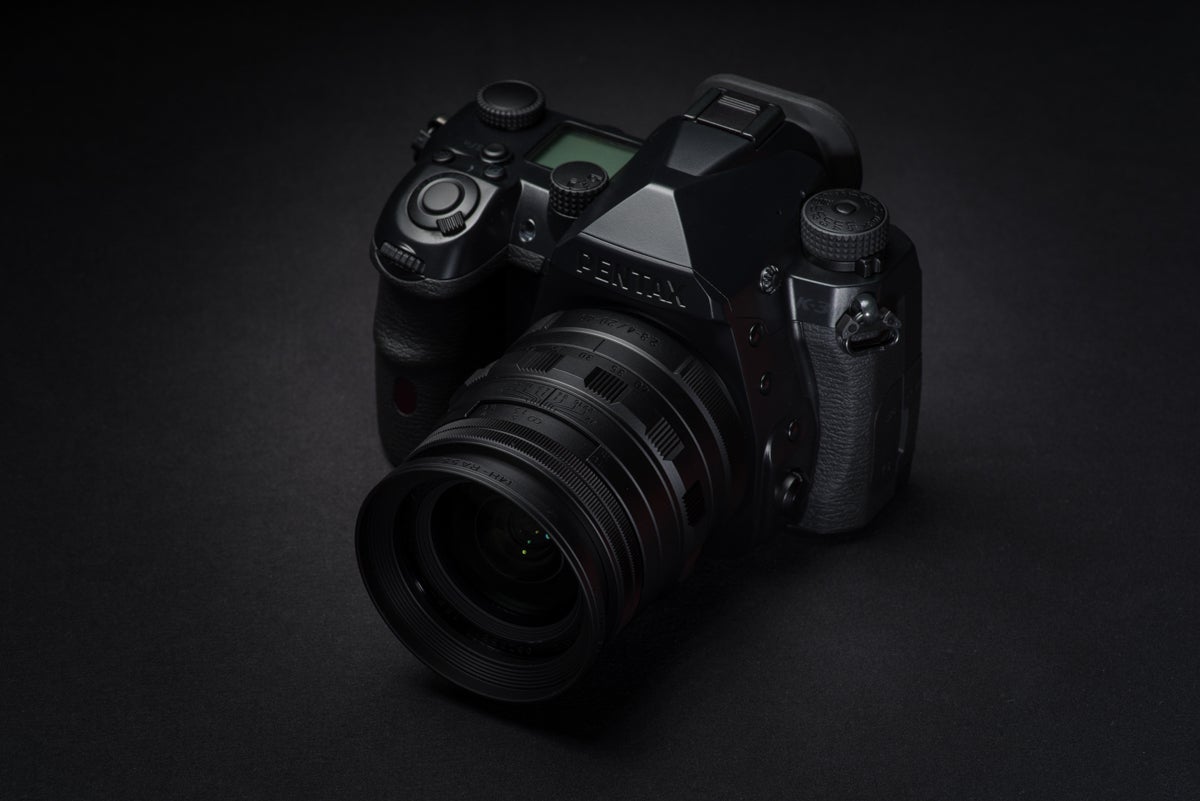 We love limited edition camera releases—some more than others—and Ricoh’s latest special edition camera, the Pentax K-3 Mark III Jet Black, is one of the coolest we’ve seen in a while. As the name suggests, it sports a stealthy blacked-out paint job and even ships with a matching HD Pentax-DA 20-40mm f/2.8-4 lens, with the same Batman-esque treatment.

Related: Ricoh Pentax is about to drastically change the way it sells cameras in Japan

When we say blacked-out, we mean, blacked-out—everything from the Pentax logo to the symbols on the mode dial are colorless. This does beg the question, how easy will this thing be to use? Fortunately, it seems many buttons are still labeled in charcoal grey paint. But you’ll probably want to get some practice in with the camera before shooting any lowlight events.

Why is Ricoh crowdfunding this camera?

Back in January, Ricoh Japan announced a change to its business approach with an emphasis on smaller production runs, an increase in limited-edition releases, and a commitment to include user feedback more frequently in future product developments.

This model in particular is Pentax’s first limited release since that announcement. And it was selected by Pentax users last fall—participating in the brand’s Co-Creation Project—as the most popular among a handful of limited edition designs.

Ricoh also notes that the Jet Black model is quite challenging to mass-produce, which explains its super-limited production run.

How do I get one?

That may be a tad tricky. The Pentax K-3 Mark III Jet Black is currently available through the Japanese crowdfunding platform, Ubgoe for a price of ~$2,600 for the camera and lens. The run is limited to just 232 models, and as of writing, 184 remain.

The campaign runs through April 27, 2022, or until all the cameras are claimed. It’s already surpassed its target amount of ~$80,000, so presumably, anyone who backs the campaign at this point will in fact receive a Jet Black K-3 Mark III.

Unfortunately, delivery—which is expected by the end of July 2022—is only available in Japan.