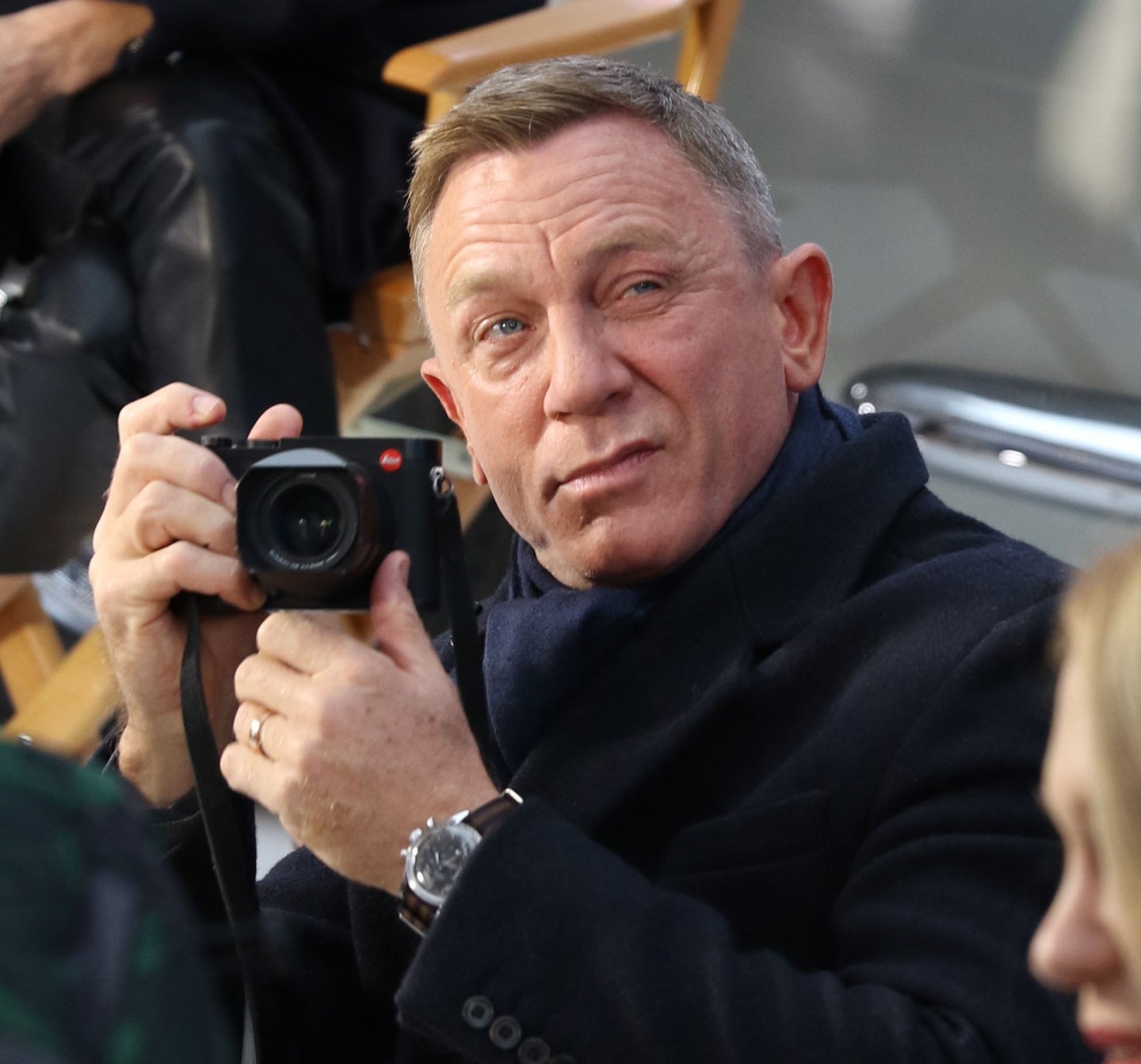 To coincide with the release of No Time to Die, the 25th James Bond film and the fifth (and final) one starring noted photographer Daniel Craig, Leica has announced the limited edition Q2 “007” Edition. Just 250 individually numbered cameras are being sold worldwide for a cool $7,995 a pop.

The whole situation is a tad odd, especially given that the Leica S (Typ 007) is an already existing $19,995 medium format camera, but let’s explore it anyway.

So what does the extra 2,500 simoleons for the 007 get you? (Other than the potential to resell it later.)

Well, the special edition has the iconic 007 logo on the top plate and the famous Bond gun barrel design on the lens cap. It’s also wrapped in an “Ocean Green” leather finish that matches the “handcrafted case designed by the British luxury suitcase brand Globe-Trotter.” Each camera is also individually numbered, just to double down on the whole collectible thing. (I’d imagine that in a few years, No. 007 will sell for a lot of money.)

Over the last few years, the Bond films have become heavy with product placement. The last movie, Spectre, felt like a GQ photoshoot. There were prominently displayed products from Omega, Heineken, Gillette, Sony, Persol, and lots more—many of which released tie-ins.

This is Leica doing the same. In No Time to Die, you can expect to see Leica cameras on display in Bond’s Jamaican home and a Leica Q2 featured prominently in Q’s London home.

There’s also an exhibition of 25 behind-the-scenes photos shot by Greg Williams, Nicola Dove, Daniel Craig (yes, that one), and Michael G. Wilson (a producer on the film) using Leica cameras. They’ll be on display in Leica stores in Frankfurt, London, Seoul, Singapore, Taipei, Salzburg, Vienna, Tokyo, and Osaka over the next few months.

Interestingly, this isn’t Bond’s first time using a Leica. In Goldfinger, the original Ian Fleming novel, he had a Leica M3. On-screen though, the spy’s camera choices have been more varied.

Also, this isn’t even the first limited edition Leica involving Daniel Craig. The Leica Q2 “Daniel Craig x Greg Williams” came out earlier this year for $6,995. There were 750 cameras with a black-gold color scheme in the edition. (It’s actually much nicer looking than the 007.)

Leica claims the limited edition “exudes understated elegance—just like James Bond.” Whether it does or not, is up to you. Personally, I think it all feels a bit tacky. Understated elegance kind of precludes slapping heavily trademarked corporate logos all over your stuff.

However silly the collectible camera tie-in is, though, the behind-the-scenes photos are well worth checking out. Daniel Craig is a solid photographer—though he probably uses a regular Q2.