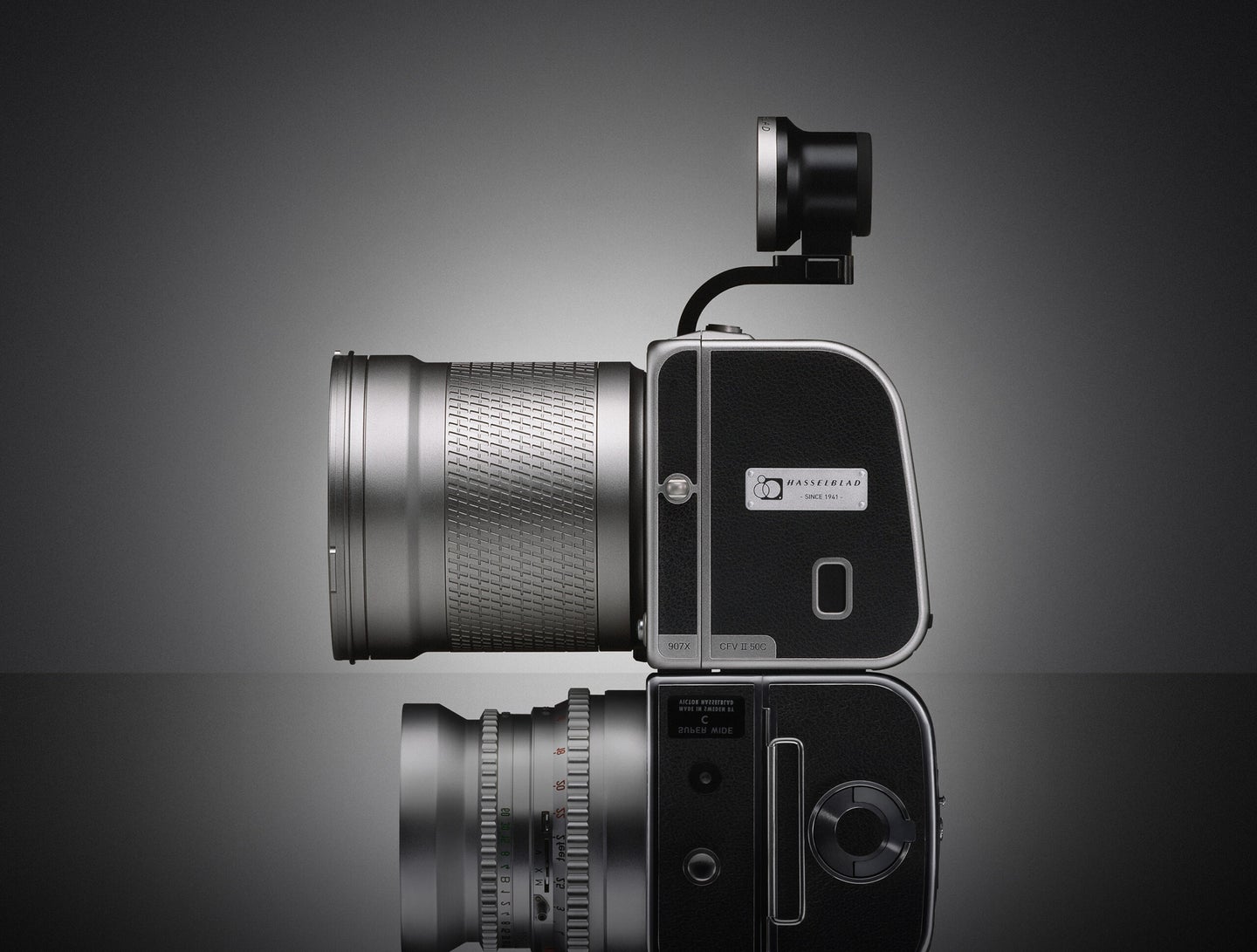 Come on, you know you want one. Hasselblad
SHARE

Hasselblad, the beloved Swedish camera manufacturer, is celebrating the 80th anniversary of the release of its first camera, the HK-7, by—you guessed it—releasing a limited edition camera. The medium format 907X Anniversary Edition Kit sells for $15,100 and is available for preorder now. Though act fast, there are only 800 available worldwide.

What is Hasselblad celebrating?

Although nominally commemorating the 1941 development of the ROSS HK-7 aerial camera, the 907X Anniversary Edition is more of a general opportunity for Hasselblad to celebrate (or cash in on) 80 years of camera history—as the press release makes pretty clear. The 907X Anniversary Edition is inspired both by the first camera on the moon (the Hasselblad Data Camera [HDC]) and the Super Wide Camera (SWC), an early wide-angle medium format camera.

The only differences between the limited edition versions and the regular retail offerings are cosmetic. This means the 907X and 50C sport:

The XCD 3,5/30 is a 30mm wide-angle lens. The Control Grip gives you buttons to control aperture, shutter speed, and other camera functions. And the optical viewfinder makes it easier to shoot at eye-level. The regular retail versions of everything would set you back $11,562 and offer the exact same performance. So, what does the extra $3,538—enough money for a second lens—get you?

As with all these limited editions, you’re not paying for the camera so much as the collectible nature of the whole package. While the difference between the 907X Anniversary Edition and a regular 907X 50C are cosmetic, they’re still a nice nod to Hasselblad’s history.

The 907X camera, 50C digital back, and control grip are all trimmed in anodized “Lunar Grey” and covered with black leatherette. The coloring is consistent with the SWC from the 1950s, and it’s hard to ignore the on-the-nose nature of “Lunar Grey.” There’s also a plate on one side of the camera that says “Since 1941” and “Hasselblad” is printed on the camera body and optical viewfinder in “handwritten lettering marks.”

The lens selection in the kit is also a reference to the SWC. The press release declares “the 30mm wide-angle lens was thoughtfully selected to echo the Biogon 38mm wide-angle lens used in the SWC.” Instead of the usual black, it’s also Lunar Grey, and the focus ring is etched with a Hasselblad logo print (which actually looks super cool).

The right camera for you?

Are these cosmetic differences objectively worth $3,500? No, not if you want to use the camera to take photos. But if you want a collectible piece of Hasselblad history and have the cash, go right ahead. (We’ll be here looking on with envy.)