Is this prototype Leica the world’s most expensive camera?

Break open the piggy bank, it's time for another Leitz Photographica Auction. Up for grabs is a Leica 0-series camera owned by the brand's founder, Oskar Barnack. 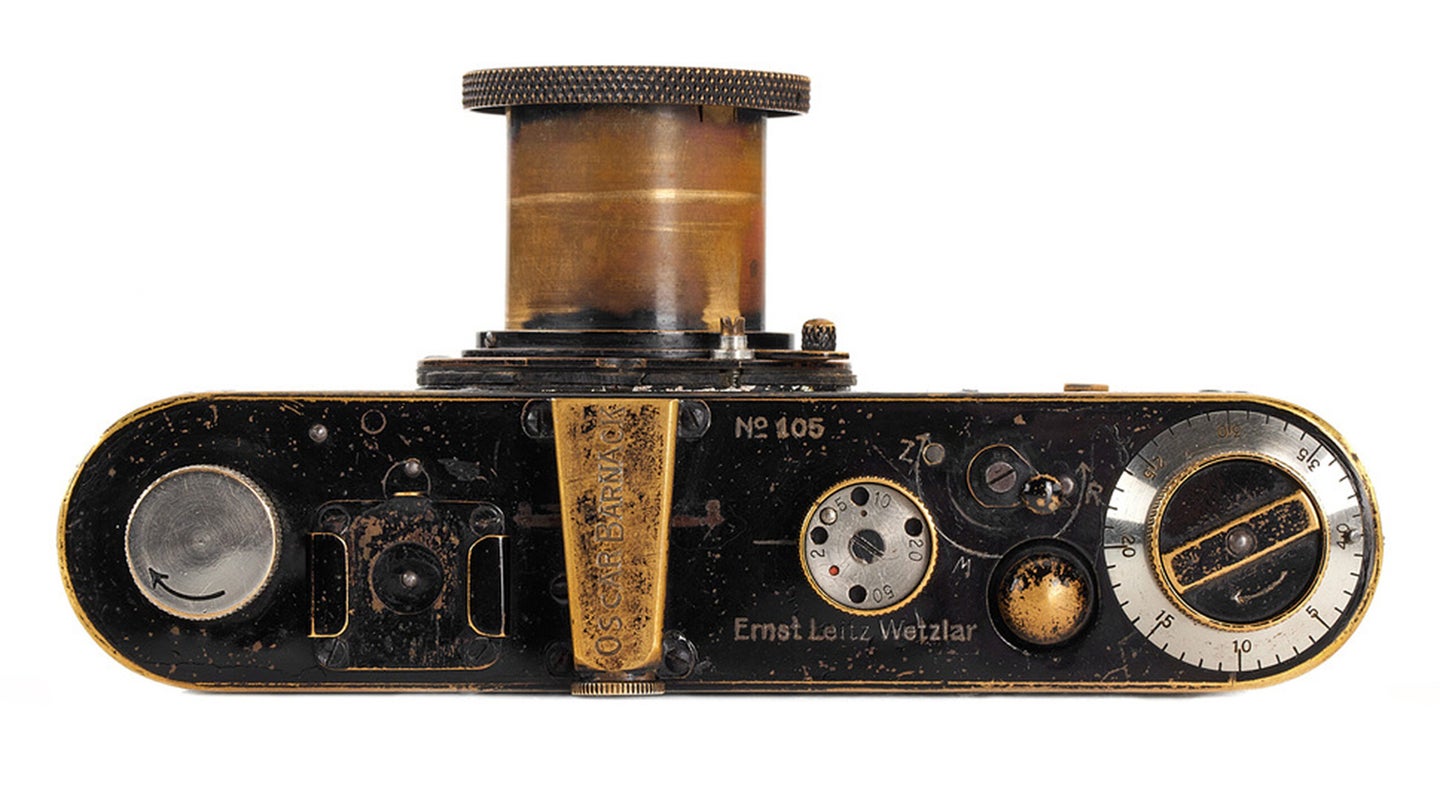 The 40th Leitz Photographica Auction (which also celebrates the auction house’s 20th anniversary) is taking place this June. It’s the biggest opportunity for photographic collectors to drop five-, six-, and seven-figure sums on important, weird, and otherwise wonderful camera gear. At the 39th Leitz Auction, for example, the headline Leica MP Black Paint No. 55 sold for a cool €1.2 million (~$1.34 million), which is especially wild given that it was only valued at €300,000 to €350,000 (~$334,000 to ~$390,000).

The catalog for the latest Leitz auction is up online now, so let’s look at some (incredibly unaffordable) artifacts of historic photographic significance.

Two years before the commercially produced Leica A kicked off the 35mm film revolution, Leica produced around 23 0-series prototypes to test the market. Only 12 or so are still in existence today, so any 0-Series is obviously a rare camera. One sold at auction in 2018 for a record-breaking €2.4 million (~ $2.67 million).

What makes this 0-Series (serial number 105) extra special, though, is that it was the personal camera of Leica founder Oskar Barnack—his name is even engraved on the viewfinder. The lot also includes a “heavily-modified Nettel camera that Barnack used for his photographic research” and documents and letters related to them.

Given the price of the last 0-Series to come up for auction and the historical significance of this model, in particular, it’s no wonder that Leitz Photographica has set the valuation high. The start price is €1 million (~$1.11 million) while the expected final price is between €2 million (~$2.23 million) and €3 million (~$3.34 million). Don’t be surprised if it becomes the most expensive camera ever sold!

If you just missed out on the Leica MP Black Paint (serial number 55) which went for €1.2 million (~$1.34 million) at the last Leitz Photographica auction, the good news is that another one is up for sale. Only 412 Leica MPs were produced with only 141 of them being so-called “black paint” models. So despite the back-to-back auction showings, these are incredibly rare cameras.

This Leica MP is a little different since it’s not a vintage camera from the ‘50s (nor a Leica M-P digital camera), but a specially made, gold-plated, and ostrich leather-coated version of the currently manufactured Leica MP analog film camera. (Yes, Leica’s naming protocols are confusing).

Leica made this over-the-top camera—as well as the included Elmar-M 2.8/50mm lens with gold-filled accents—to be auctioned off for charity. All proceeds will go to non-profit organizations in Austria and Germany.

If you’re interested in (and can afford) any of these cameras, or the other cameras and lenses that are up for sale, the auction takes place in Leitz-Park (or Leica World) in Germany on June 11, 2022. All the information you need to bid is on the Leitz Photgraphica Auction website.