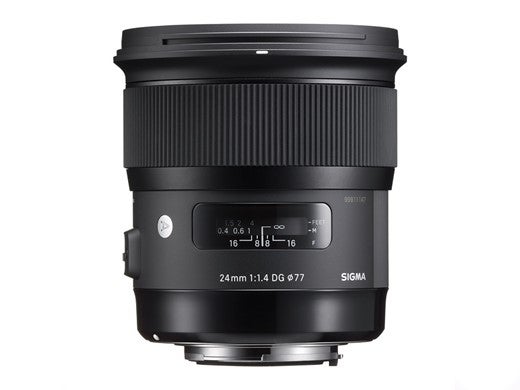 [Update: We didn’t have official pricing for the announcement, but B&H currently has it available for pre-order for $849, which seems fairly in-line with the rest of the Art series primes.]

To say that Sigma has been successful with their Art series lenses seems like something of an understatement. Both the 35mm and the 50mm F/1.4 lenses proved excellent in our lab tests and lots of users seem to be buying them. Now, they’re expanding their Art prime selection by adding a 24mm F/1.4 DG HSM.

The lens is made up of 15 elements in 11 groups, including elements made from FLD and SLD low dispersion glass to cut down on chromatic aberration, which can be tricky in wide-angle lenses. There are also aspherical elements in the lens that Sigma claims will give it better performance when shooting wide open.

It has full-time manual focus and will be compatible with the Sigma USB dock, which lets you apply firmware updates and make micro adjustments to the lens. It will come in Canon, Nikon, and Sigma mounts, but there’s now pricing information just yet.