New Gear: Olympus Air is an Interchangeable-Lens Camera That Uses Your Smartphone as a Screen

Japan is getting Olympus's version of the smartphone companion camera 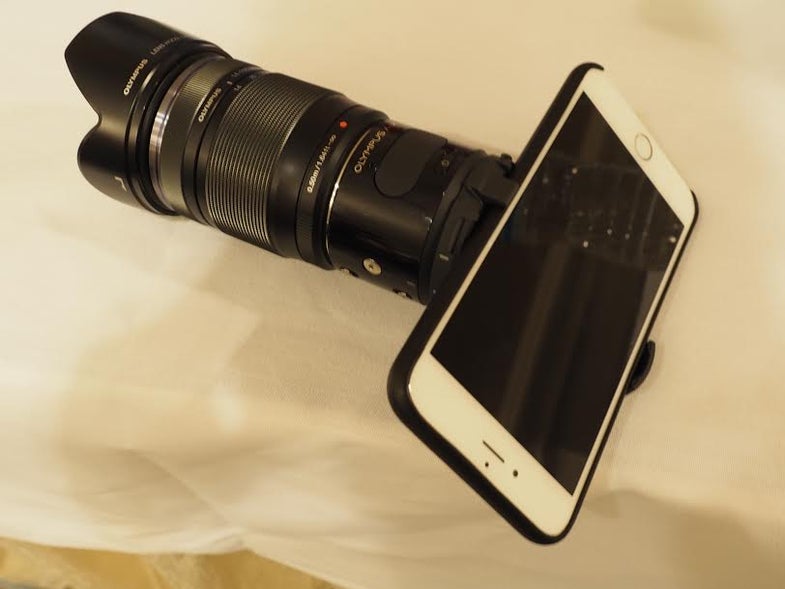 Like Ron Burgundy, smartphone cameras are kind of a big deal, especially if you’re a camera manufacturer. A few years back, Sony introduced the QX series cameras, which attempted to turn a dedicated camera into something of a smartphone accessory. Now, Olympus (a company in which Sony invested more than a half a billion dollars a while back) is doing the same with their Olympus Air cameras.

Like the Sony QX models, the Air doesn’t have a screen. Rather, it has built in NFC and wireless connectivity that links it up with a smartphone running a dedicated app. Camera controls, then, are handled by the smartphone screen rather than on the camera, which is equipped with little more than a tripod socket, a micro SD card slow, and a physical shutter button.

Like the flagship QX camera, the Olympus Air actually has an interchangeable-lens mount, which sits in front of a familiar 16-megapixel, micro four thirds sensor.

Rumors about the Olympus Air have been kicking around for quite some time, but it’s interesting to see it get an official announcement at this time, even if it is only in Japan. It’s interesting that there will be a selection of apps, all of which perform specific tasks, so if you want to apply filters to your photos, you’ll have to do it in a different app than the one that actually controls the camea.