Wacom's tablet gets even more useful 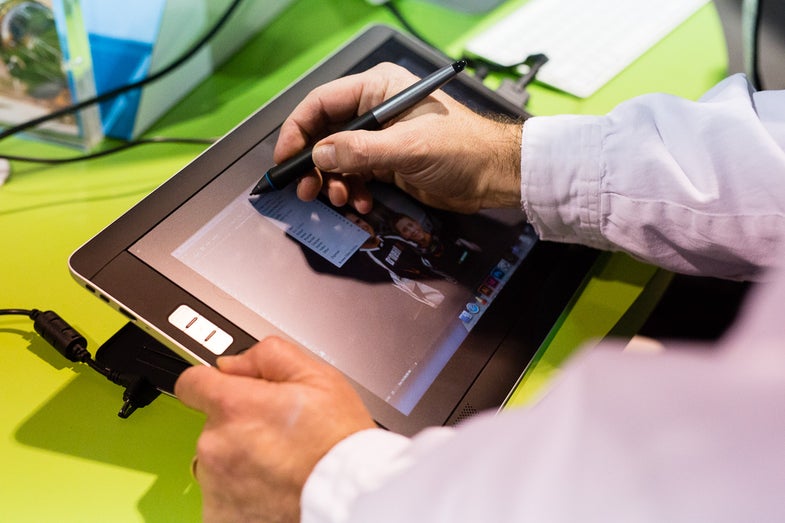 The Cintiq Companion 2 is a full-fledged, 13-inch Windows tablet, but plug it into a computer and it becomes a touch- and pressure-sensitive input device. It even works with Macs, so it's like adding touch control to OS X. Check out our hands-on video demo here. Stan Horaczek
SHARE

The original Wacom Cintiq Companion was a 13-inch tablet that integrated all of the advanced writing and stylus features you’d expect from a Wacom Cintiq display. Now, they’re releasing the second version here at CES 2015.

It still works as a stand-alone tablet, running a full touch-enabled version of Windows 8. But, now they have something called Cintiq connect, which allows it to plug into a PC or a mac computer and be used as an advanced input device. It’s like having a Mac OS X device with a full touch interface, which is pretty cool.

It starts shipping in February and will cost $1,299 for the base version and go up from there. Check out the video for a demo.