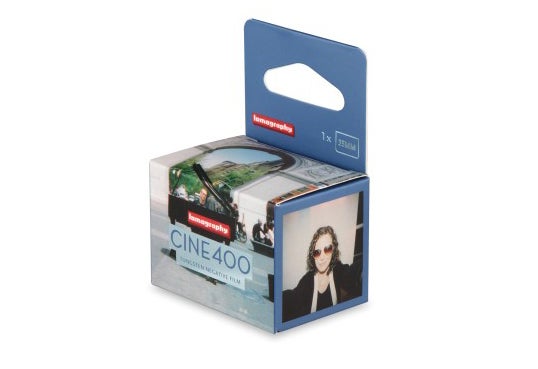 A few months ago Lomography released Cine200, a new tungsten film balance for indoor shooting that offered the visual benefits of cinema film and the rolls sold out super fast. If you missed out on the first batch of Lomography’s Cine film, here is your chance to snag some more. Today Lomography announced the arrival of Cine400 Tungsten Balanced Film which has all the benefits of Cine200, but with its slighly faster speed it makes shooting indoors more feasible—the 400 speed makes it twice as sensative to light as Cine200.

Like Cine200, Cine400 is formulated to work with tungsten lighting, which often reads as a harsh orange when shot with films engineered for daylight shooting, but Cine400 also looks great when shot outdoors, although your images will seem a bit more blue. Cine400 is developed using the C-41 process, which any photolab can process, but be warned Lomography is also only prodcuing 4,000 rolls of this stuff—so if you want some you better order fast!