A weather resistant zoom and a fast aperture portrait lens announced alongside an upgraded, classically-styled camera 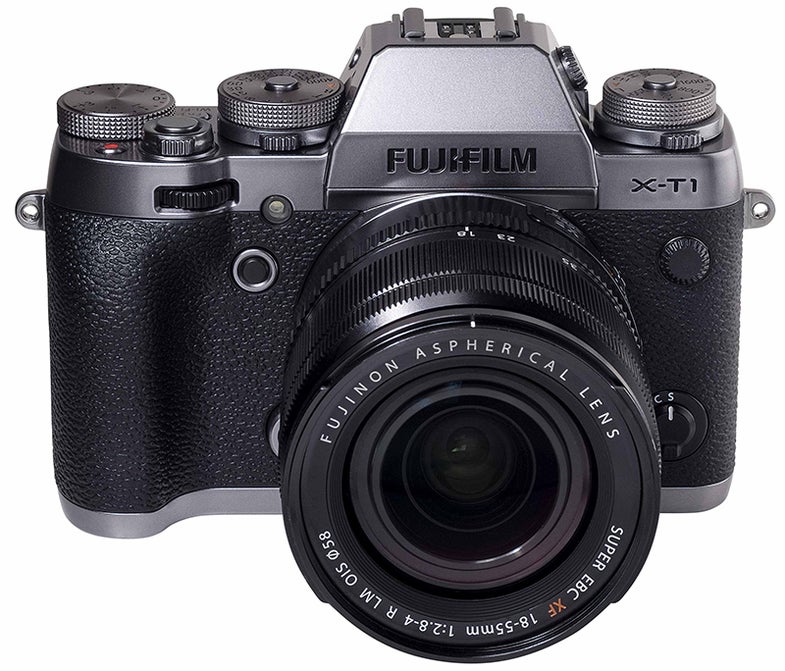 Fijifilm has announced a made-over ‘Deluxe’ version of it’s weather-resistant interchangeble lens compact DSLR camera with a few technical upgrades, promising instant image preview from the “Natural Live View” of the electronic viewfinder and new film simulation modes. The classically-styled XT-1 Graphine Silver Edition, which may remind of the legendary Nikon F series of the 60s and 70s, now comes with a “Classic Chrome” mode that simulates the muted tones and deep color of the favored, largely out-of-production chromogenic color film of that era.

As with the X100T announced earlier, the new XT-1 will come equipped with a high-speed shutter, capable of shooting at 1/32000 of a second. Fuji promises a “completely silent shooting experience,” when the mechanical shutter is disabled in favor of the electronic, which would make it a good tool for street photographers.

The camera also includes the latest generation 16.3 Megapixel APS-C X-Trans CMOS II sensor, an autofocus speed of 0.08 seconds and an extended ISO up to 25600. The name of the special edition comes from it’s durable triple-layer coating with a deep, subtly glossly gray finish. The body has over 75 points of weathersealing and should be capable of operating in temperatures as low as 14°F. As with its predecesor, it comes built in Wifi, a tilting 3-inch tempered glass LCD monitor and full HD 1080p at 60 fps video capabilities.

The special edition body, available late November, is bundled with a leather strap and aluminum hotshoe cover, retailing at $1499.95.

To match, Fujifilm also announced two new X-mount lens compatable with all their interchangable lens systems. The FUJINON XF50-140mm F2.8 R LM OIS WR is a weather-resistant zoom lens with a focal length equivalent of 76-213 mm and a constant, considebly wide f/2.8 aperture accross the entire zoom range. It has a fixed barrel length and can also function at tempertures as low as 14°F. The lens has what they call “the world’s first Triple Linear Motor” for fast and quiet autofocusing.

The FUJINON XF56 mm f/1.2 R APD (Apodization), a fixed focal length portrait lens, is also advertised as “nearly silent” and, given its f/1.2 maximum aperture, “the world’s brightest autofocus lens for digital cameras with an APS-C sensor.” The two lenses retail for $1599.95 and $1499.95 respectively.

Finally, Fujifilm announced a firmware update due out in December 2014, which includes a number of new features for autofocusing, metering and video controls for both the Graphite Silver Edition and original all-black XT-1, listed here.