A popular camera gets some welcome new features 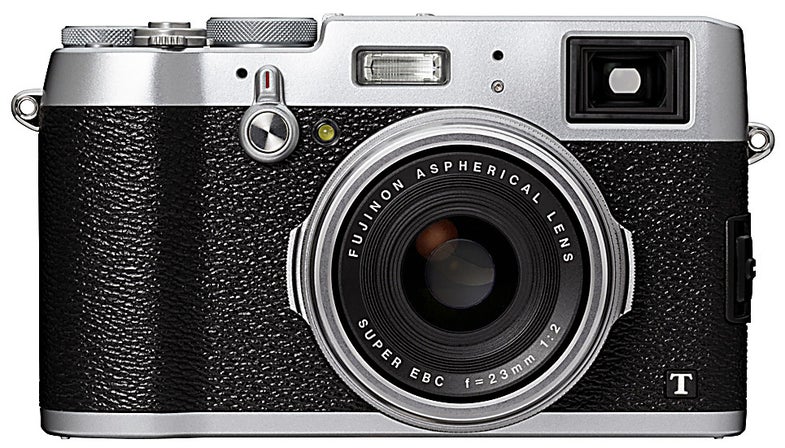 It seems like forever ago that the the original Fujifilm X100 first made an appearance back at Photokina 2010. This year, Fujifilm is giving the camera a refresh in the form of the X100T. And, while the camera may not look much different, there are a lot of improvements to be had.

Some of the biggest new features can be found in the viewfinder. There’s now a pop-up tab that lets you see the overlaid graphics while in optical mode, regardless of how bright the shooting situation. That should make a big difference when focusing.The EVF LCD is now a 2.3-million dot panel that offers 100% coverage of the scene. The screen on the back of the camera has gotten a refresh, too, jumping to 3-inches from 2.8-inches, and (more importantly) jumping more than 50% in resolution up to 1.04-million dots.

The body of the camera has received some slight tweaks, but it’s nothing too earth-shattering, which is good because there weren’t a lot of folks complaining about how the X100s was built in the first place.

From an imaging standpoint, the specs remain mostly the same. The X-Trans CMOS sensor still boasts a resolution of 16-megapixels and has built-in, phase-detection AF pixels. The lens is still fixed at 23mm (35mm full-frame equivalent) with a maximum aperture of F/2.. They have, however,pushed the maximum shutter speed up to 1/3,200 sec., which is a nice bump.

From a video standpoint, the X100T can churn out 1080p video at frame rates all the way up to 60 fps, which can be used for smooth action shooting or half-time slow motion.

The new Classic Chrome comes from its little sibling, the new X30, and allows you to mimic the look of old-style direct positive film stocks like Kodachrome.

The camera will be available for $1,299 when it lands in mid-November, which shouldn’t come as much of a surprise. And while this may not seem like a huge upgrade over the previous version, that might not be a bad thing. Fujifilm’s method of adding features people actually ask for without messing up the things that are already working seems like a really solid strategy to me.