The Sony A7S offers ISO ranges as high as 409,600, we put its low-light skills to the test 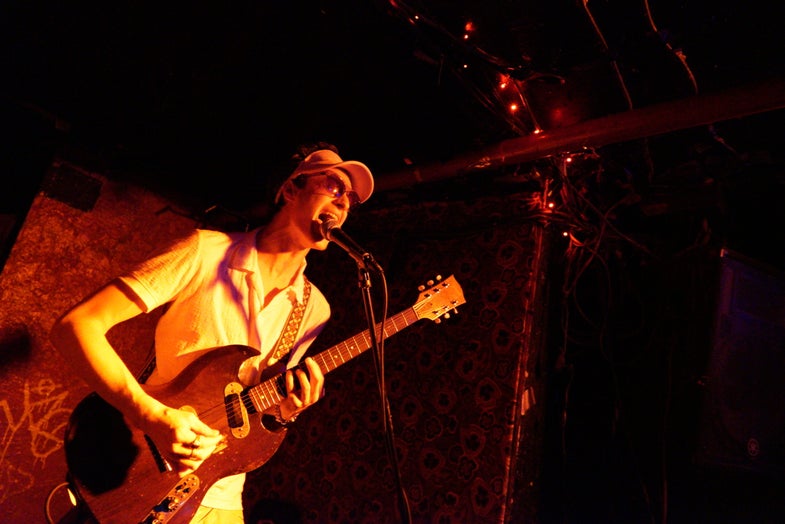 The first few images were all shot in an extremely dark venue. The primary light sources were two light bulbs; one with a red gel and one with a yellow gel. Tech Specs: ISO 25600, 1/160 sec, at f/4.
Focal Length: 24mm (CLICK FOR FULL-RES) Dan Bracaglia
SHARE

The Sony A7S is a particularly unique camera for two reasons: the first is its ability to recored 4k video. The second, its extraordinary ISO range, which, along with the Nikon D4s, is in a league all of its own. We were curious to see just how well the A7S handled itself at some of these higher ISOs, especially in real world scenarios, so we put it to the test, first at a very dark venue.

The images in the gallery to the right were all pulled directly from the camera and shot in the sRGB colorspace. The vast majority of them were shot using a Sony Zeiss Vario-Tessar FE 24-70 f/4 lens ZA OSS lens, although where noted, a Sony Zeiss Vario-Tessar 35mm f/2.8 was used. We tried to stick with low light situations, although we did shoot a couple of daylight images as well.

For more on the A7S’ low light abilities, check out our comparison gallery below, where we pitted the A7S against the A7R and D4s.