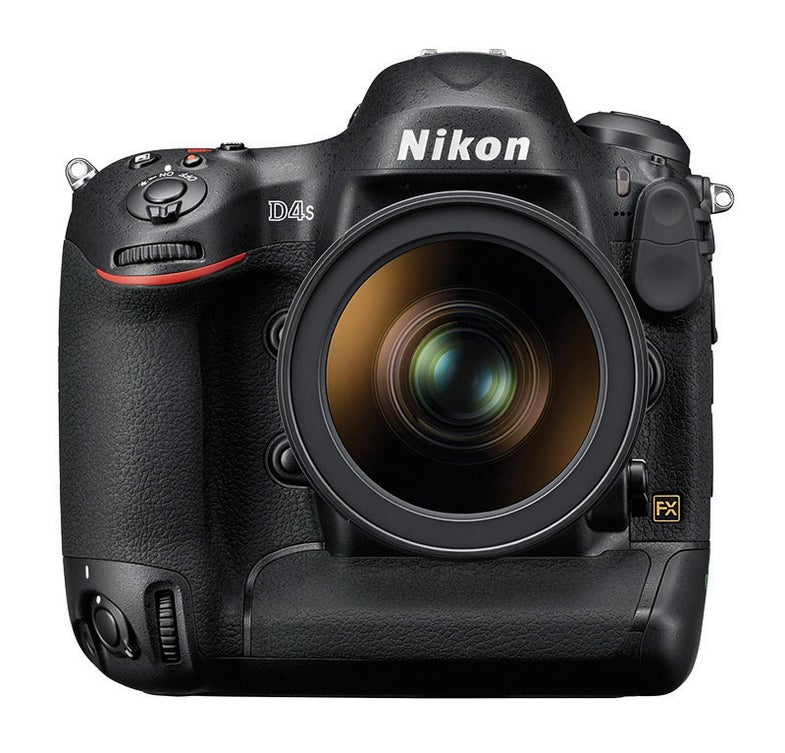 There’s something reassuring in the way Nikon upgrades its pro-grade DSLRs. The company typically adds the performance and features to keep the models highly competitive, while maintaining the fundamentals of ergonomics, control layout, and ruggedness. And so the D4s arrives looking like a virtual twin of the earlier D4—but boasting record-breaking low-light performance, a top ISO of 409,600, high-speed Ethernet for tethered shooting, and a full suite of video recording tools. And yes, a street price of $6,497 (body only).

We were naturally eager to get the D4s into the Popular Photography Test Lab to see what it could do—especially with the lights turned down low.

As the D4 did before it, the Nikon D4s earned an Excellent rating in overall image quality from its lowest sensitivity setting of ISO 50 through ISO 800. Moreover, it did so with less noise than the D4. While DxOMark.com’s analysis of the two sensors shows the D4s enjoys slight improvements in dynamic range and low-light performance, we suspect that changes in Nikon’s processing, as well as the new sensor, made the difference in our test results.

As always, we converted the D4s test images from 14-bit uncompressed RAW files to uncompressed TIFF files for our noise test. The results, which we measure with DxO Analyzer 5.3, are the best we’ve ever seen. The D4s achieved top honors in this test—an Extremely Low rating—up to ISO 1600. It scored a Low or better noise result all the way up to ISO 12,800. The only other camera that can claim Low or better to ISO 12,800 is Canon’s EOS 5D Mark III, though this managed an Extremely Low rating only to ISO 400. Of course, the Canon has a 22.3MP sensor and the Nikon a 16.2MP sensor, with proportionally bigger pixels.

The D4s doesn’t reach an Unacceptable noise rating until ISO 102,400, though even at that point the noise was not terribly objectionable, and images reproduced at smaller sizes could easily pass muster.

In our resolution test, the Nikon D4s essentially matched the results of the D4. At ISO 50 the new camera captured 2550 lines per picture height, just over our cutoff for an Excellent rating. The D4 turned in 2530 lines at that same sensitivity, a difference that’s negligible in this test. A difference of 200 lines is more significant, and that’s how much more the EOS 5D Mark III was able to get with its extra pixels.

However, we expect that anyone considering the D4s will care more about the extra 5 frames per second it’ll give you in burst shooting compared with the 5D Mark III. And if the bursts do matter, then you’ll likely be eyeing the Canon EOS 1D X’s 12 fps instead. That Canon turned in 2530 lines in our resolution test, essentially matching the D4s.

To compare further, the EOS 1D X maintained an Excellent overall image quality rating up to ISO 1600, compared to the D4s’s ISO 800. But the difference here is mainly in resolution. The D4s, like the D4 before it, falls below our 2500-line cutoff once sensitivity is increased beyond ISO 800. In the D4s’ favor, however, the 1D X reached Unacceptable noise levels by ISO 12,800, while the D4s managed three more stops of acceptable noise performance before crossing the Unacceptable threshold at ISO 102,400. The Canon just can’t match the cleanliness of the Nikon’s images at very high ISOs.

Color Accuracy garnered another Excellent rating for the D4s; its average Delta E of 5.4 beat the 7.0 we saw with the D4.

In our autofocus test, the D4s showed slight improvement over its predecessor’s already impressive results. The camera focused in under 0.4 sec down to EV 6, about the light level of a well-lit living room. At EV 0 it was able to focus in 0.75 sec; in the ultra-dim light of EV –2, the AF became slightly less consistent and averaged out to 1.18 sec.

The body design of the D4s is basically the same as the D4—incredibly comfortable to hold, though on the heavy side thanks to the integrated vertical grip and its massive battery. With that battery comes enough energy to power more than 3,000 shots between charges when shooting with the 100-percent accurate optical finder. The rugged magnesium-alloy body is weathersealed, houses a 51-point AF system, 91,000-pixel RGB metering sensor, and Nikon’s latest Expeed 4 processing engine. Dedicated control buttons abound, and both grips have a pair of command wheels and a joystick to make changes to AF points or other camera settings a breeze.

The standard sensitivity range of the D4s spans ISO 100 through 25,600 and is expandable to cover ISO 50 through 409,600. Standing in a dim Manhattan street at nighttime, we were able to use an available-light exposure of 1/640 sec at f/11 with the camera set to ISO 409,600. Sure, it was a noisy image, but imagine being able to use a shutter speed that fast at night. At ISO 102,400, you can get nice images in situations you’d otherwise never shoot with available light.

Those faster shutter speeds might come in handy if you plan to use the D4s’s 11-frames-per-second burst shooting. The camera’s 3D focus tracking did an admirable job of keeping up with fast-moving subjects. We were able to capture accurately focused bursts of cars that were obviously driving in excess of the city speed limit. Plus, with up to 200 JPEGs or 60 uncompressed 14-bit RAW images before the buffer fills, there’s no excuse not to quickly fill your Compact Flash or XQD cards when shooting with the D4s.

Speaking of XQD, Nikon remains the only company making use of the fledgling card format in its DSLRs. We like the rugged feel of the cards and appreciate the speedy data transfer they provide. While we’re sure that some day XQD will have to battle it out with CFast, after using XQD we wouldn’t mind seeing the format stick around for the long run—with the future surely poised for faster video frame rates and 4K video capture, the faster data transfer of these cards will become more and more necessary.

As for video, the D4s adds 1920×1080 video capture at 60 fps. This allows for half-speed slow motion, which is nice to see in a DSLR. The D4s also allows for simultaneous capture to a card in the camera and to an external recorder via the camera’s HDMI port.

Though it’s more likely that serious videographers will use external audio, the windscreen on the internal mic has been improved, and you can not only adjust audio levels during recording but also limit the frequency range of the audio recording to let voices stand out more. Video quality remains among the best you’ll get from a DSLR today.

Time-lapse fans should note that the D4s increases the number of frames the camera will assemble into a video by 9,000. You read that right—the D4s lets you make a time-lapse of up to 9,999 shots compared to the 999 of the D4. And photographers who prefer to shoot tethered to a PC might be able to appreciate the fact that the camera’s Ethernet port is now Gigabit.

The Nikon D4s competes mainly with Canon’s EOS-1D X. As outlined above, the D4s ends up winning the image quality comparison with better low-light performance, even though its resolution trailed the Canon by a small amount at ISO 1600. The Canon does eke out one more frame per second than the Nikon, though, so some action shooters still might opt for the 1D X. We must admit that we like the way the Nikon feels in the hand compared to the Canon, which can be very important in a pro-level body.

Ultimately, both the D4s and the 1D X are the best of their breed, and we wouldn’t be surprised if Canon comes along soon with an update to match the D4s’s low-light performance. But for now, we think Nikon has taken a slight lead in the pro DSLR game.

The Nikon D4s is a meaningful improvement over the D4. The additions and refinements to the camera’s capabilities might not look like a lot on paper, but the improved noise performance goes a long way toward refining the overall shooting experience. To put it plainly, this camera lets you capture images that you weren’t able to before. 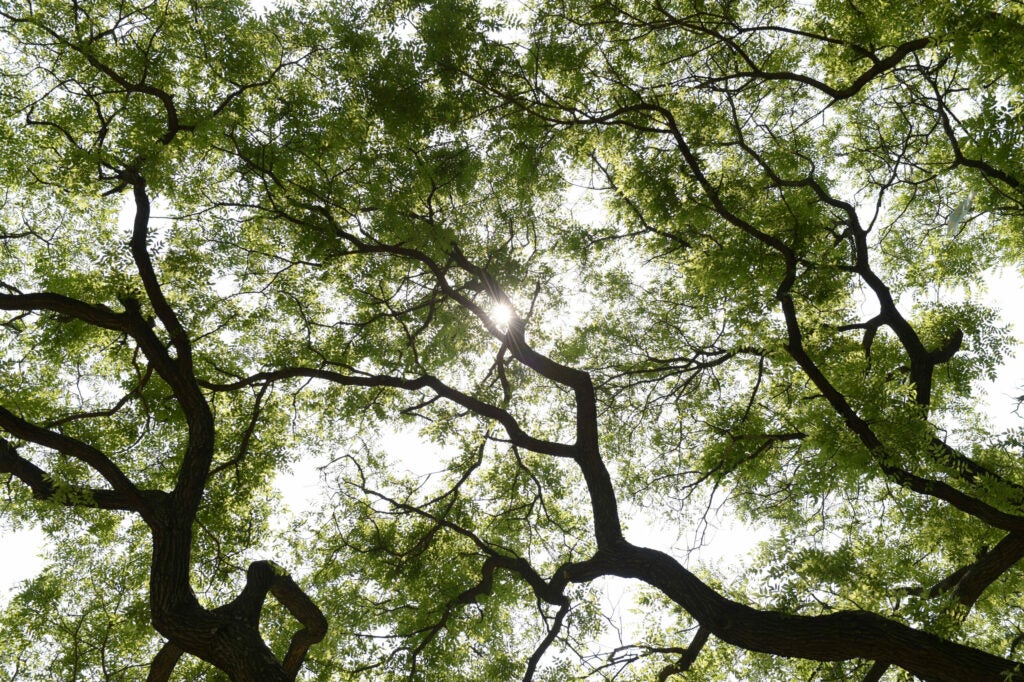 The following images were shoot as “Normal” sized JPG’s in the AdobeRGB colorspace and converted to sRGB using Adobe Photoshop 5.1. All images were captured with a Nikkor 24-70mm f/2.8 lens affixed. No editing or processing has been done. Click the link at the bottom of each image for a full-res sample. Tech Specs: ISO 100, 1/250 sec, f/5.6.
Focal Length: 100mm (CLICK FOR FULL-RES) 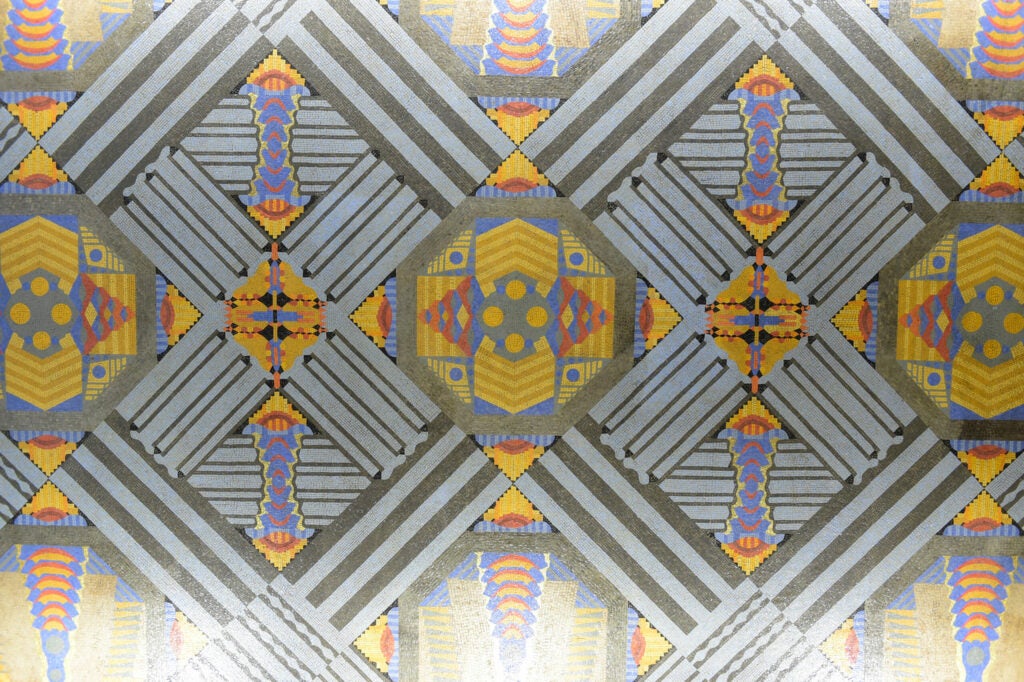 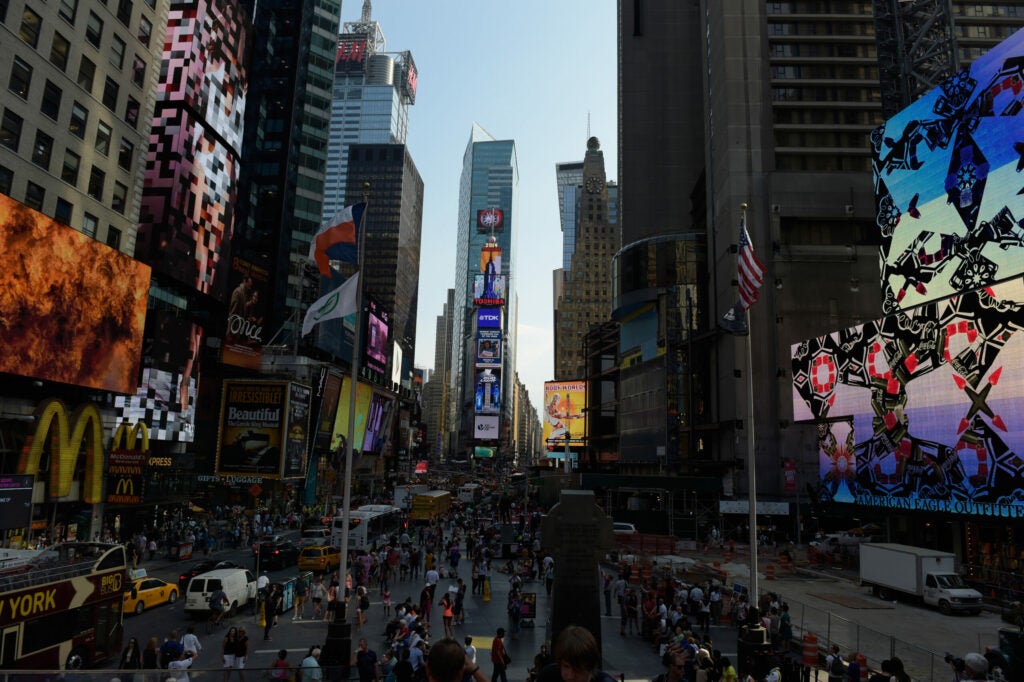 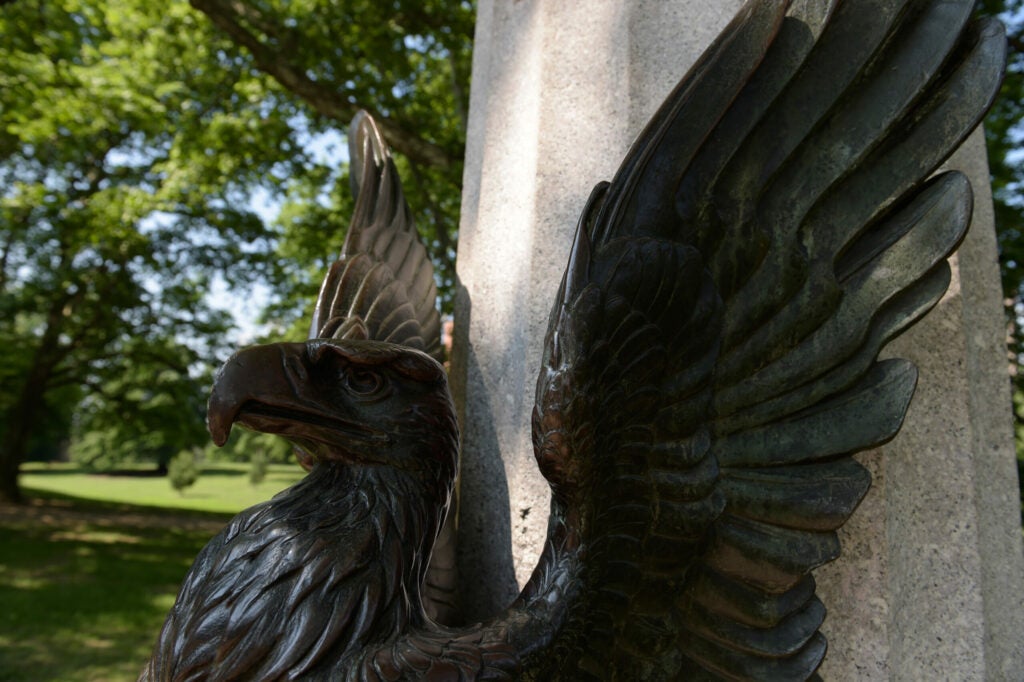 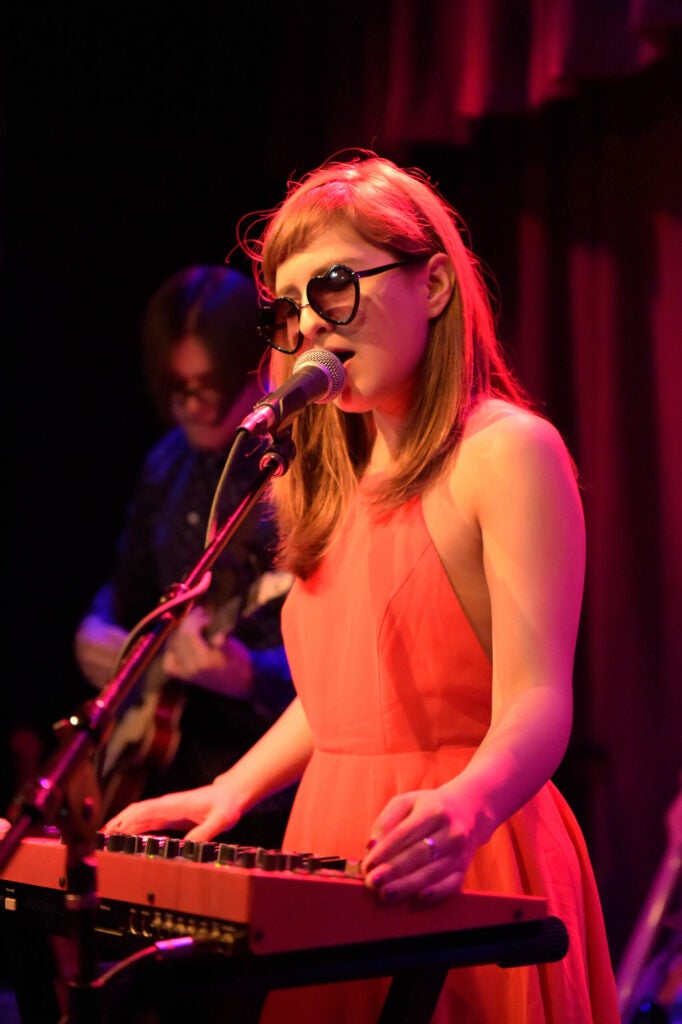 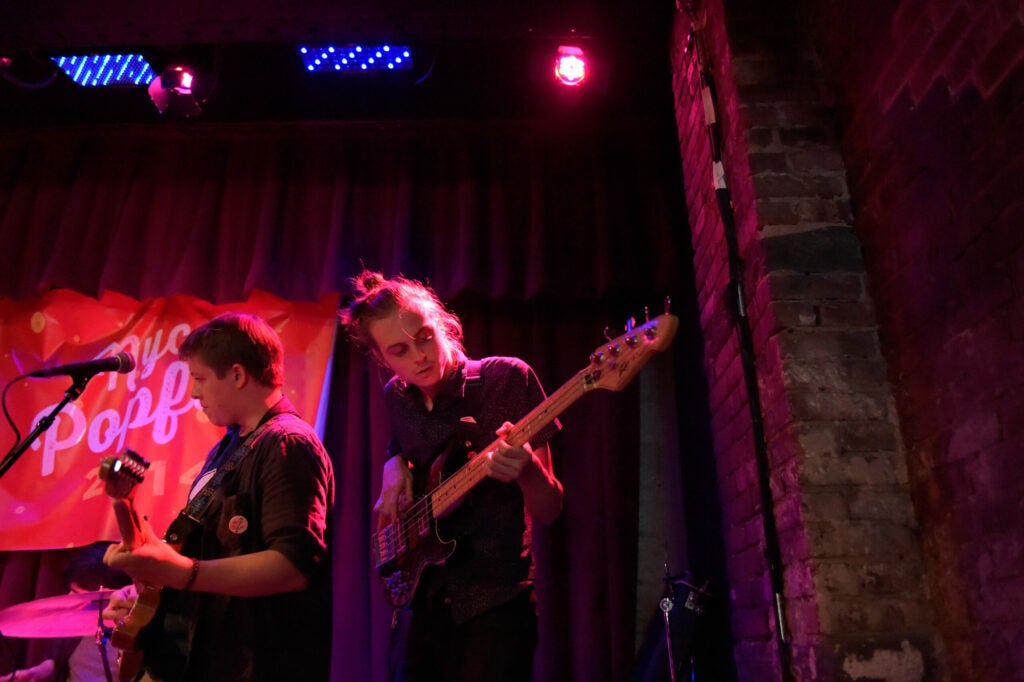 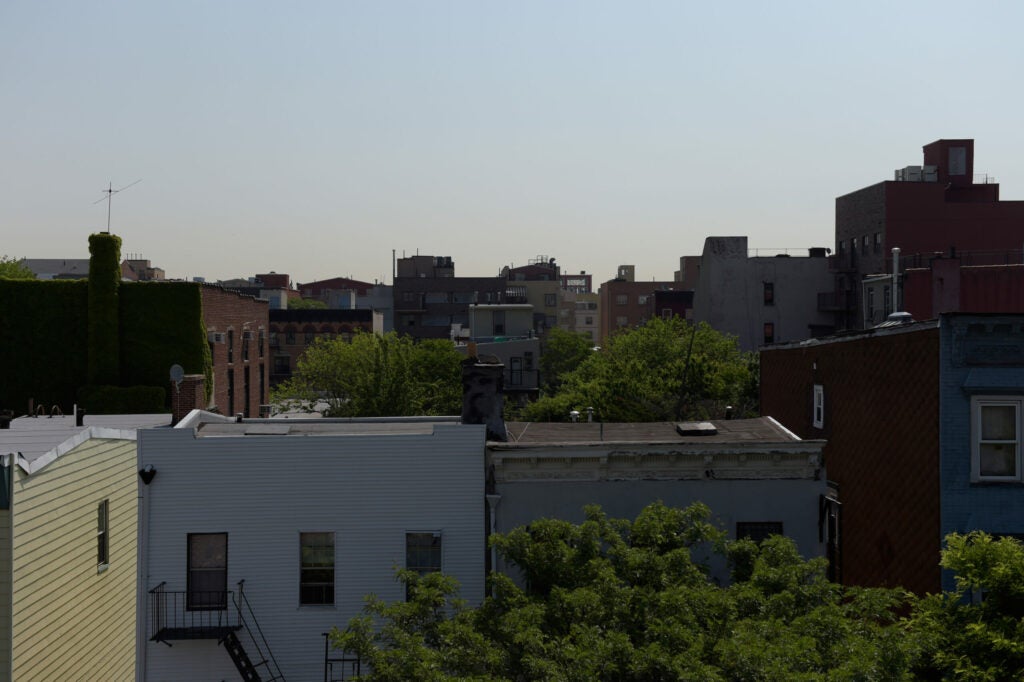 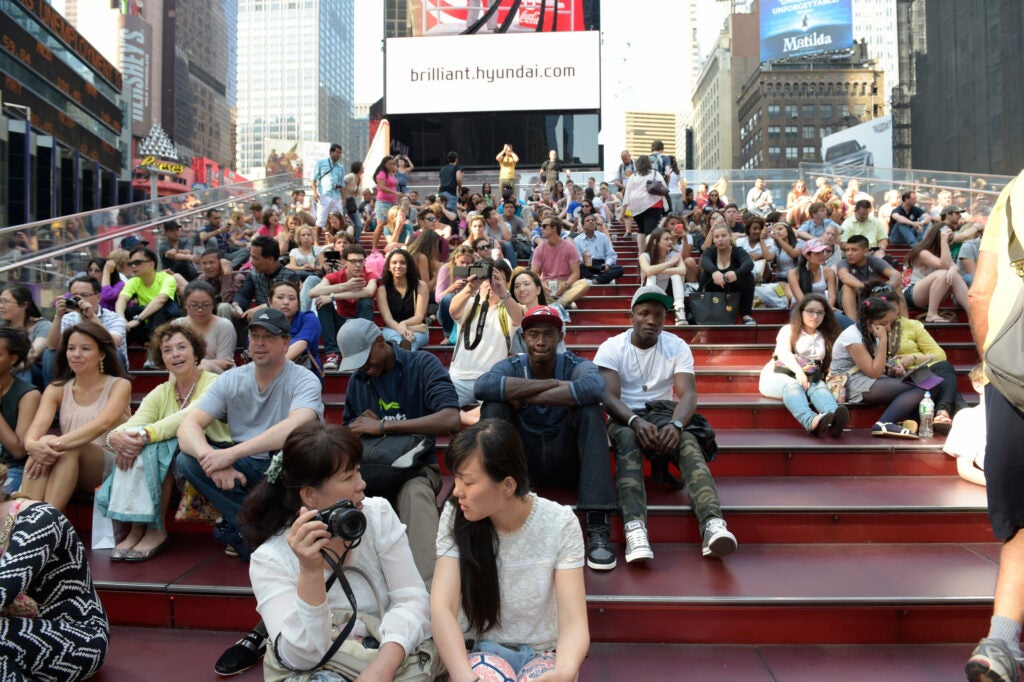 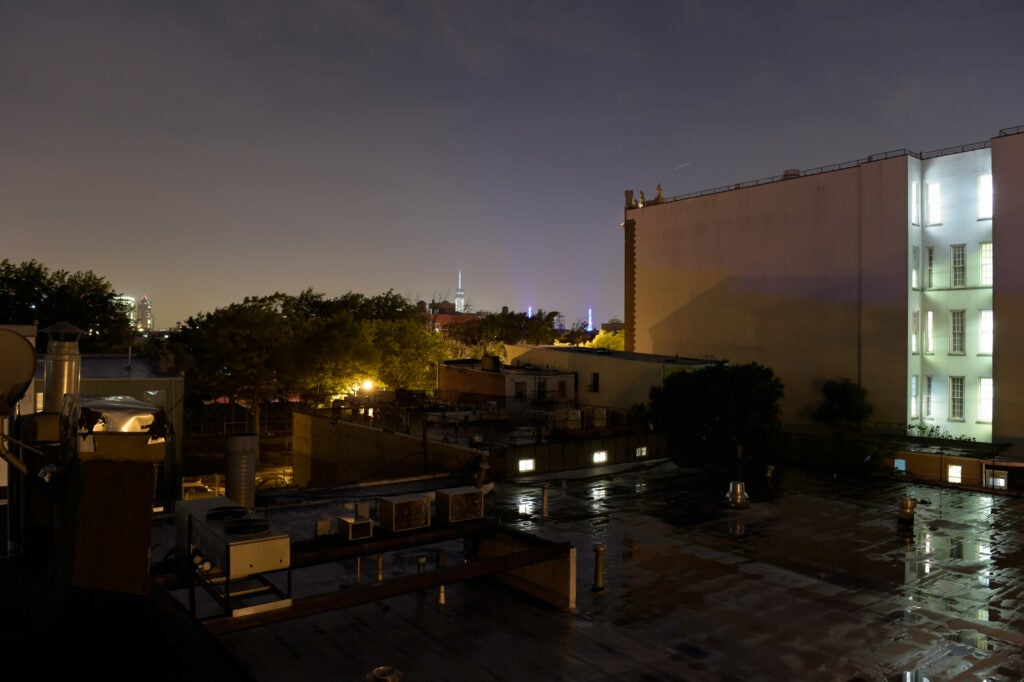 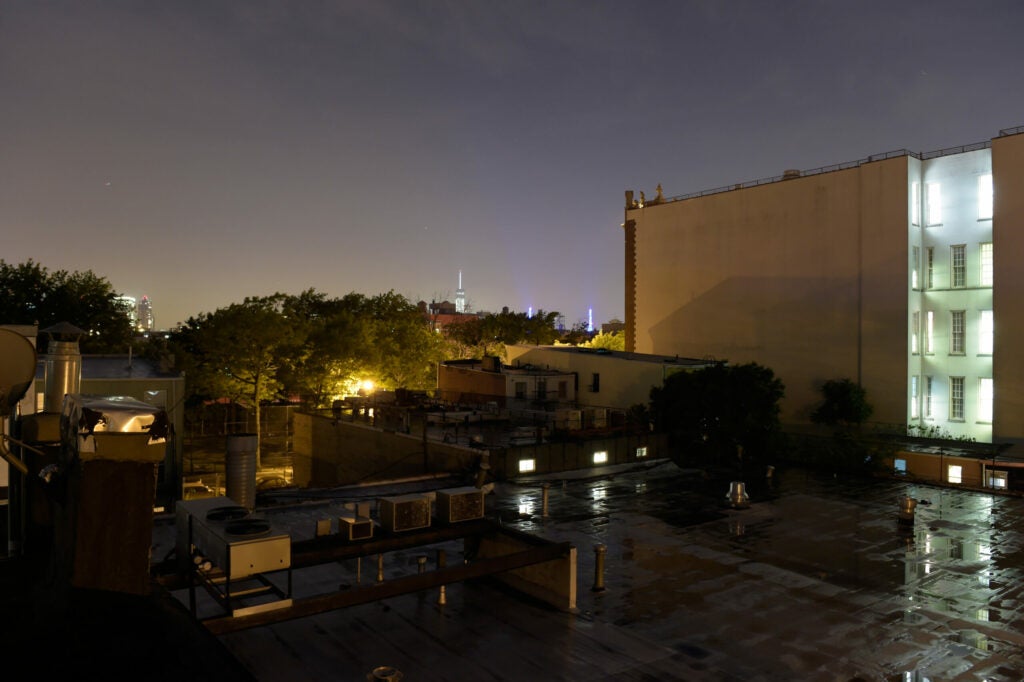 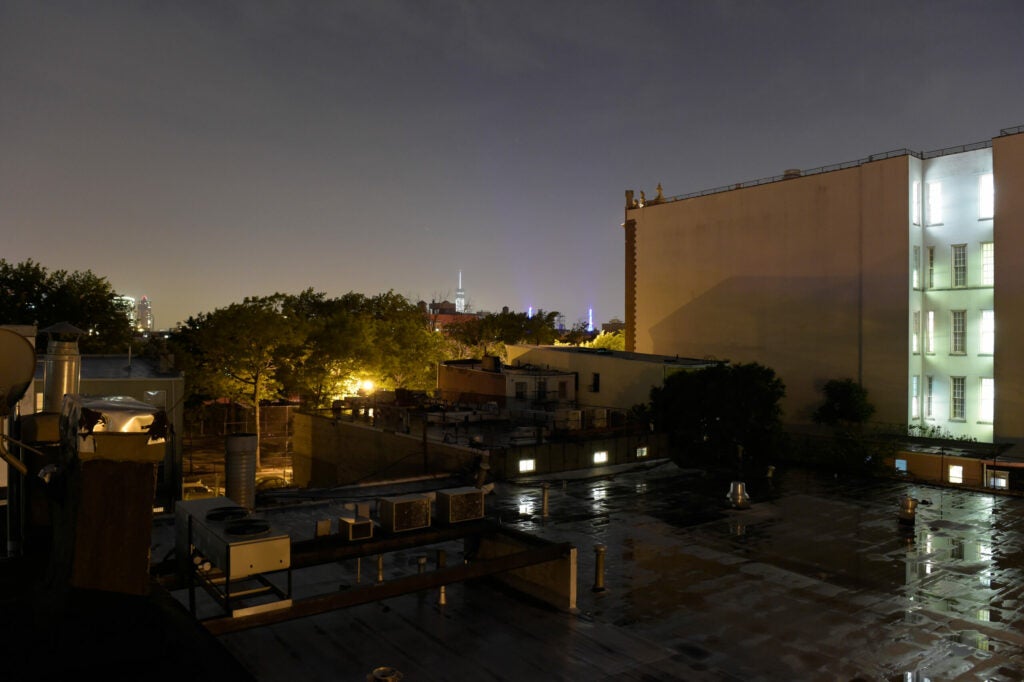 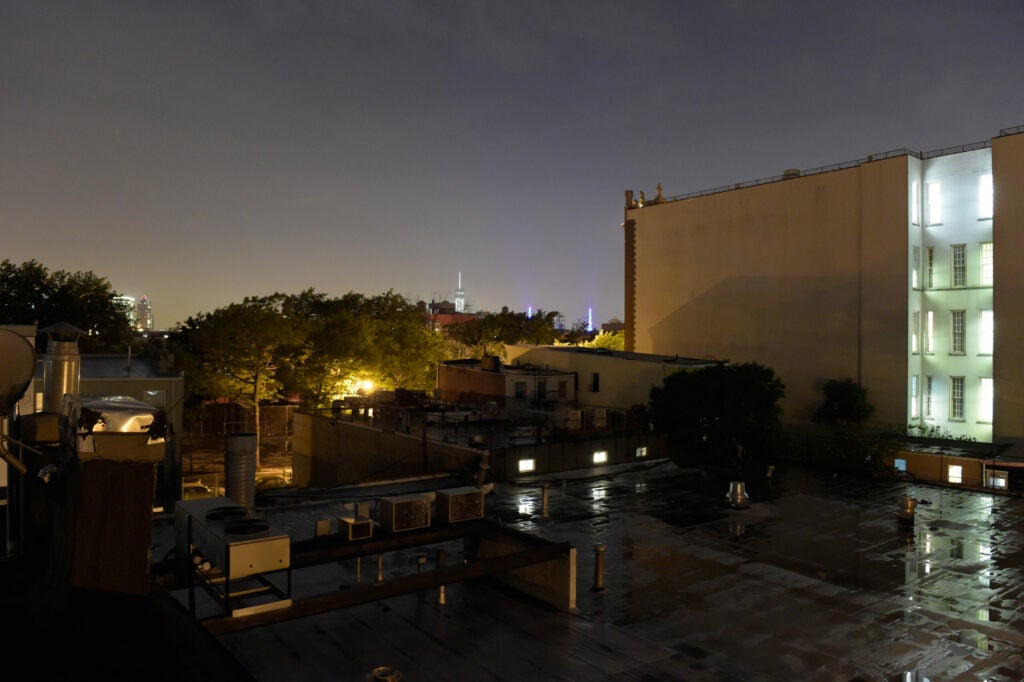 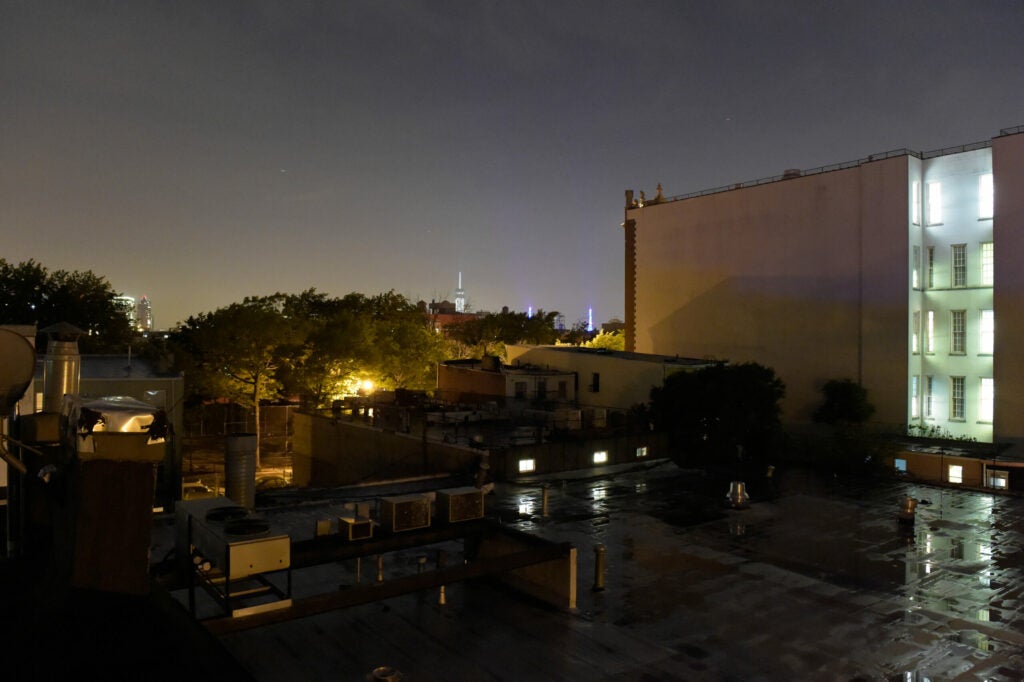 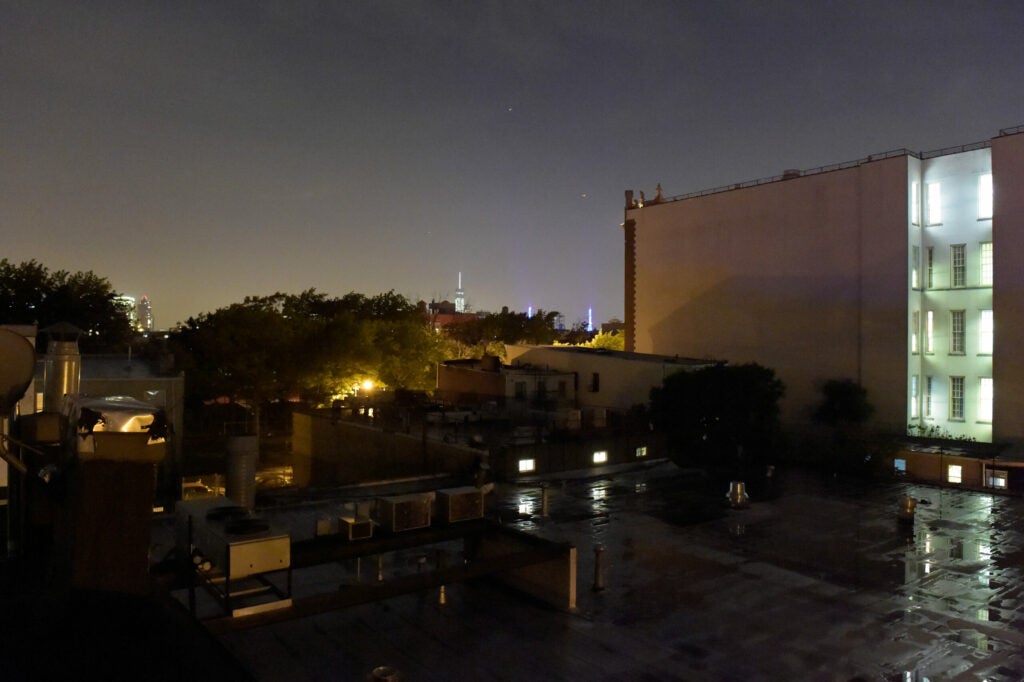 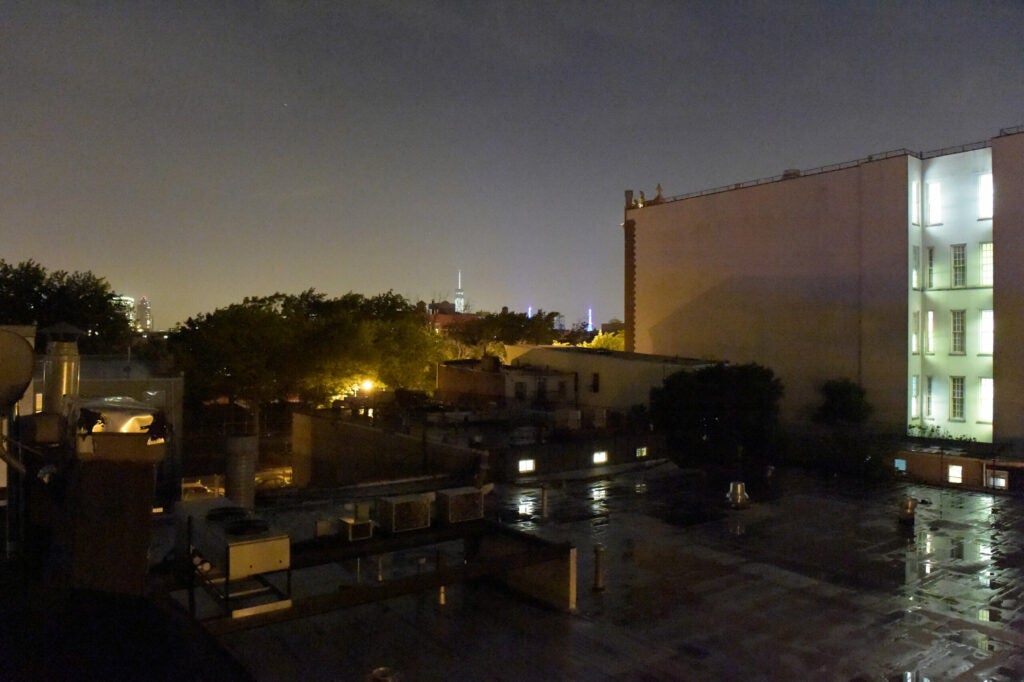 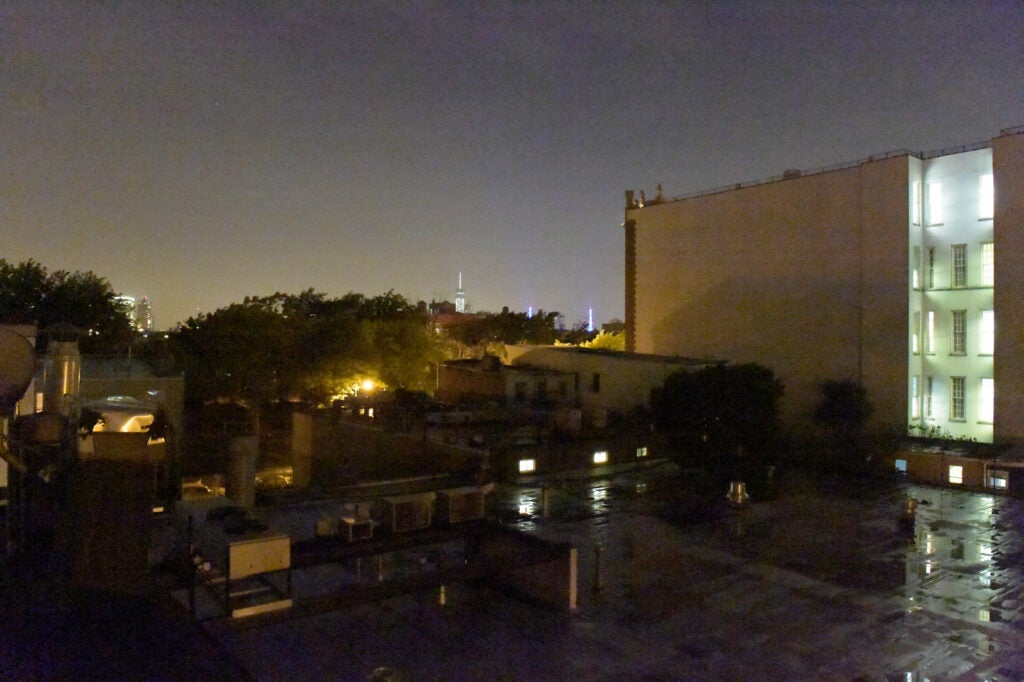 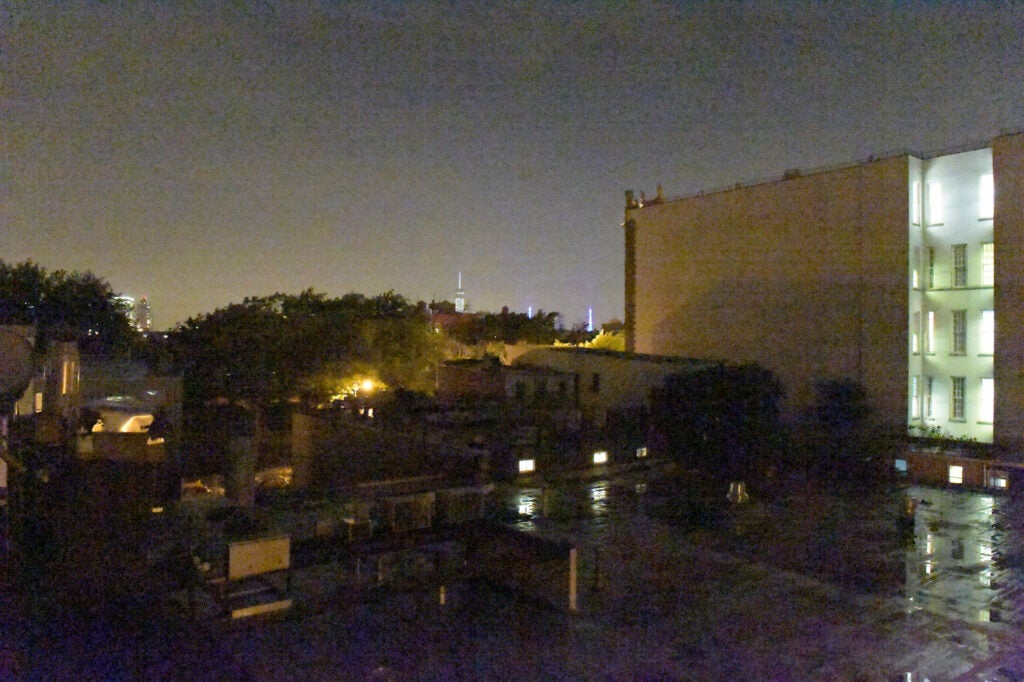 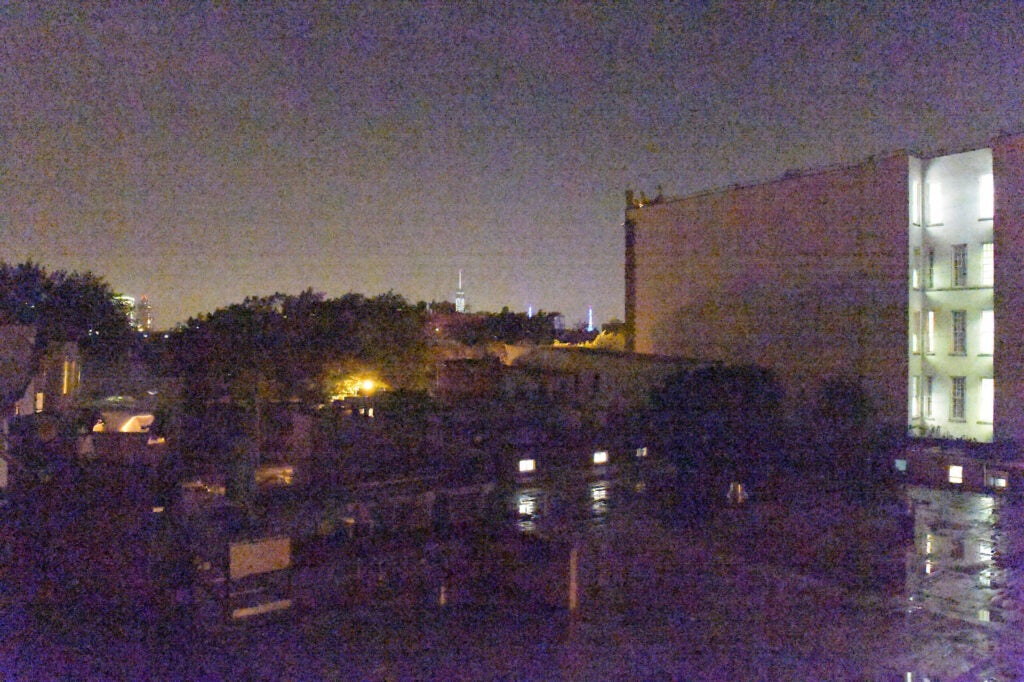 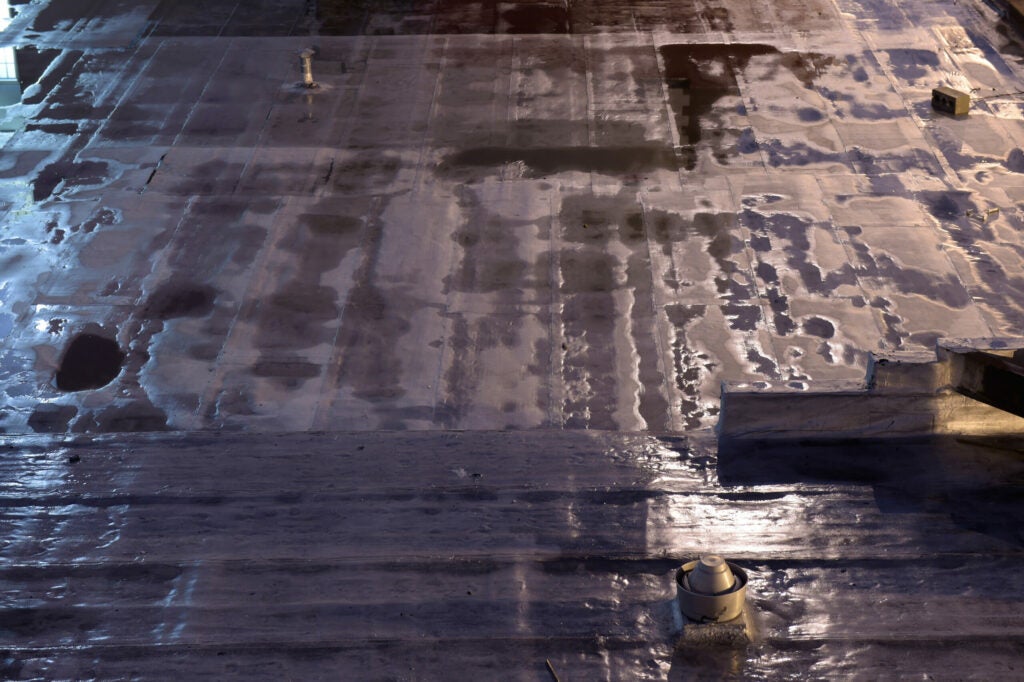 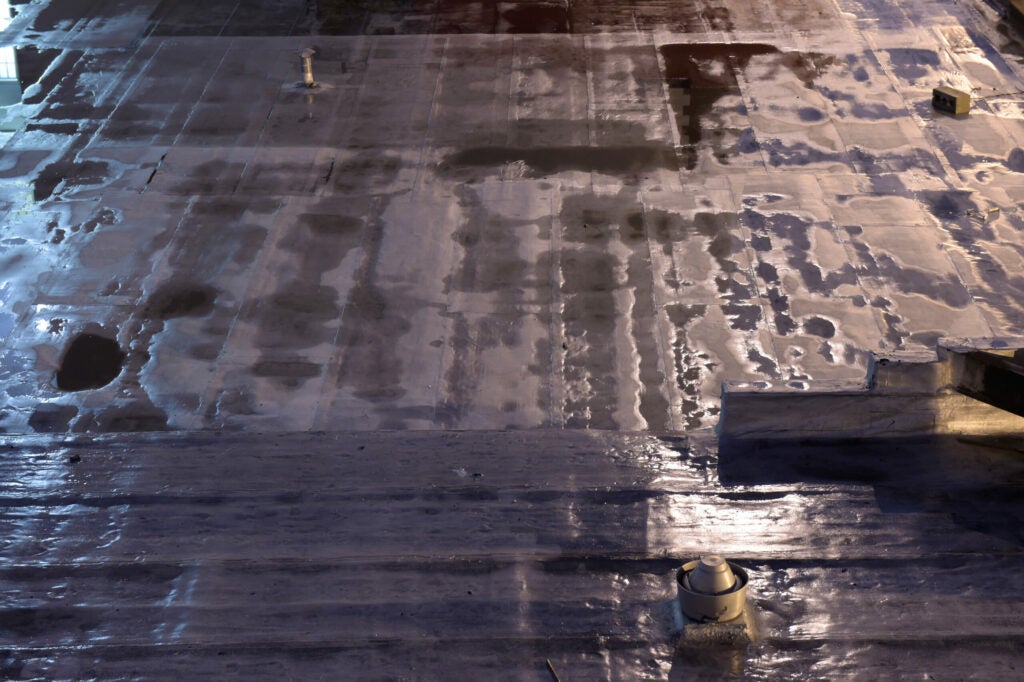 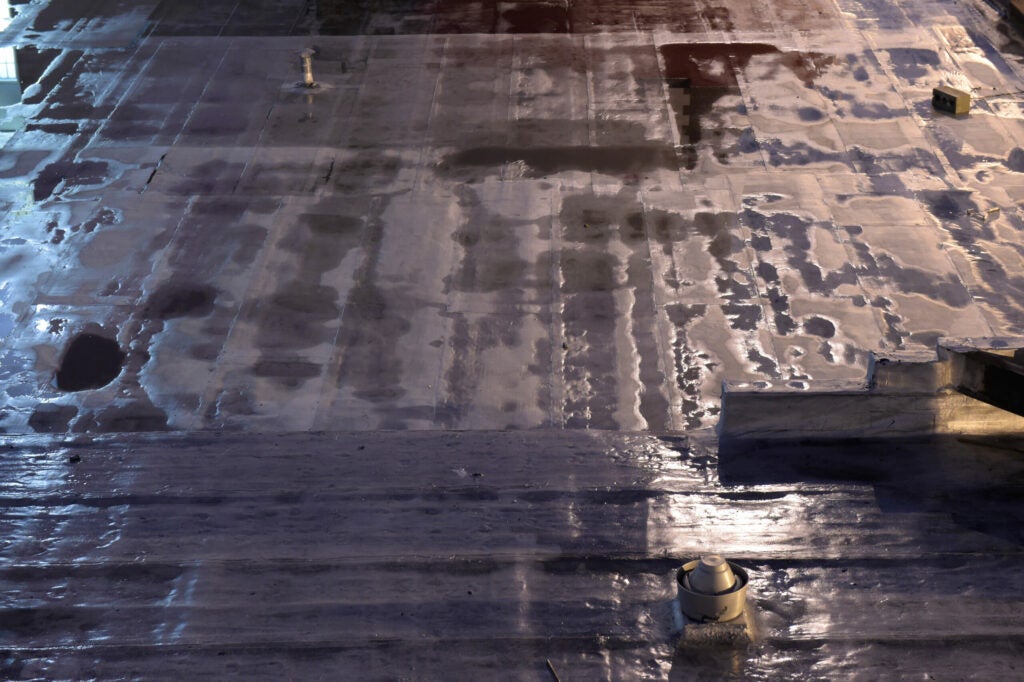 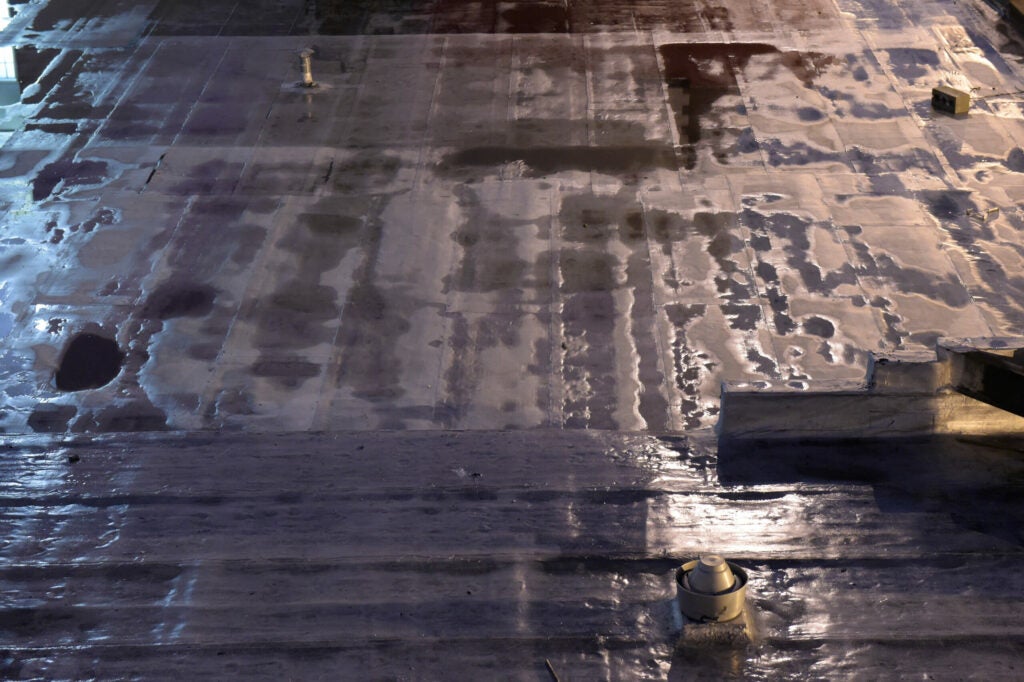 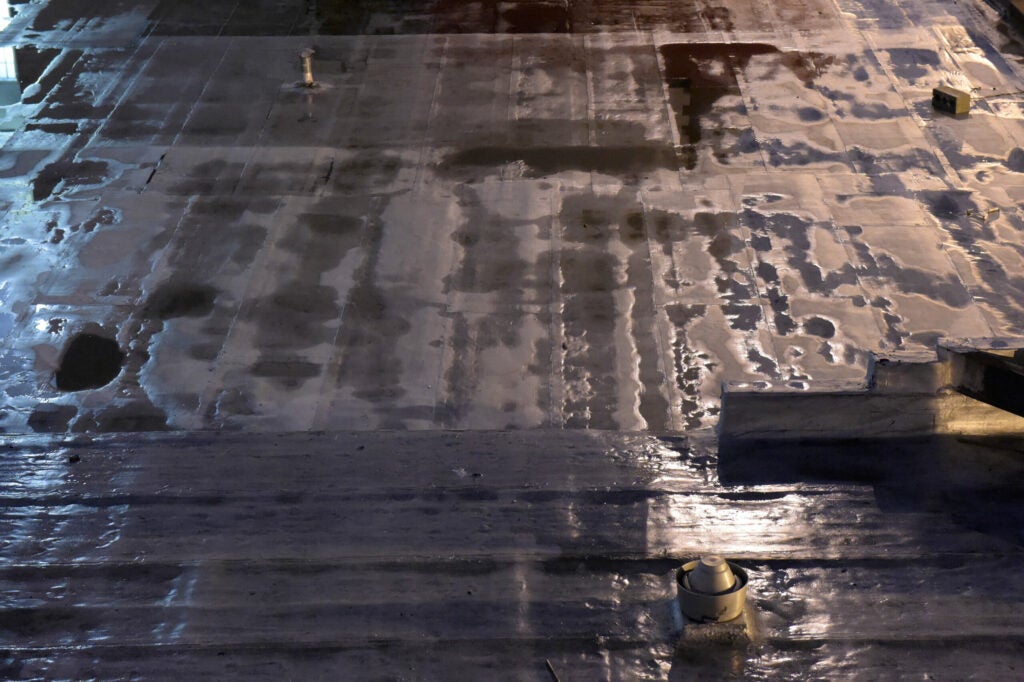 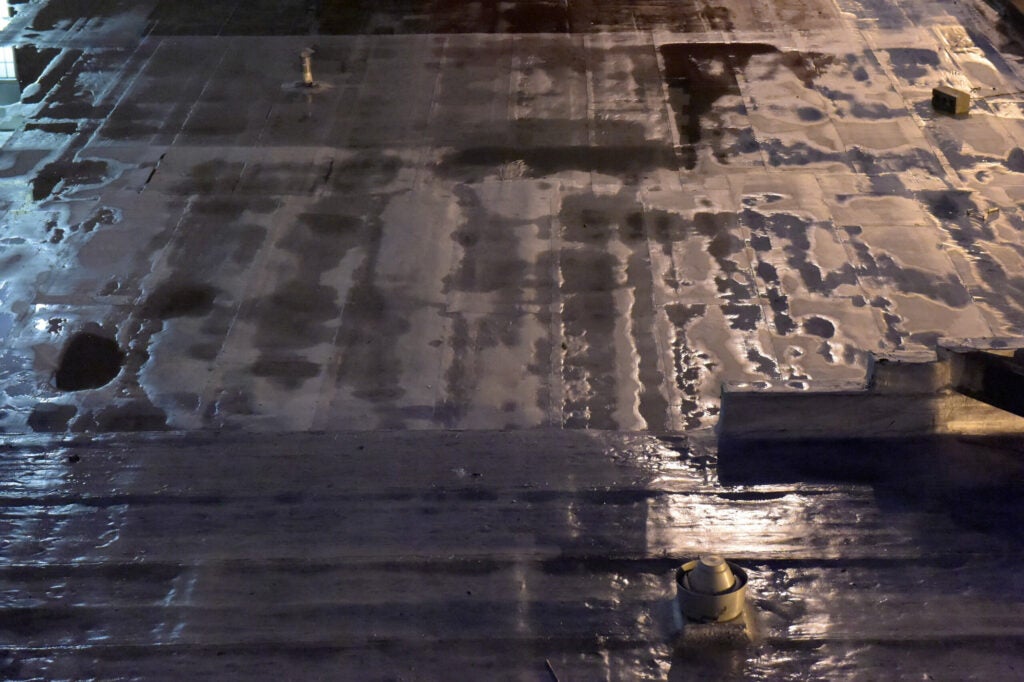